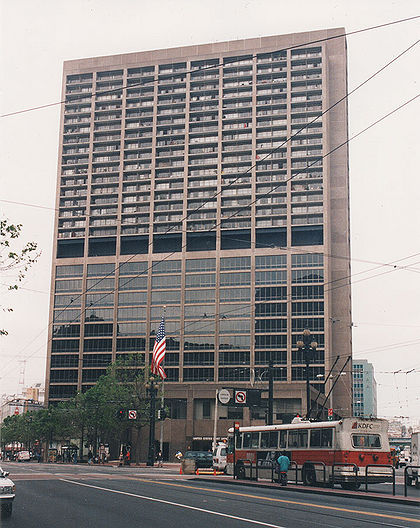 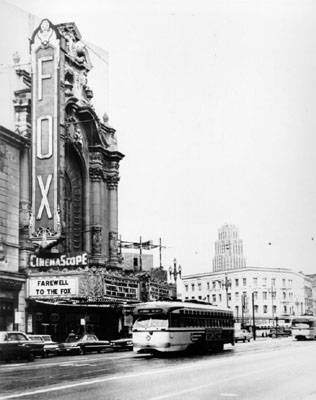 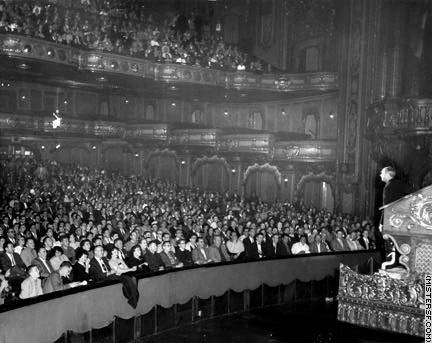 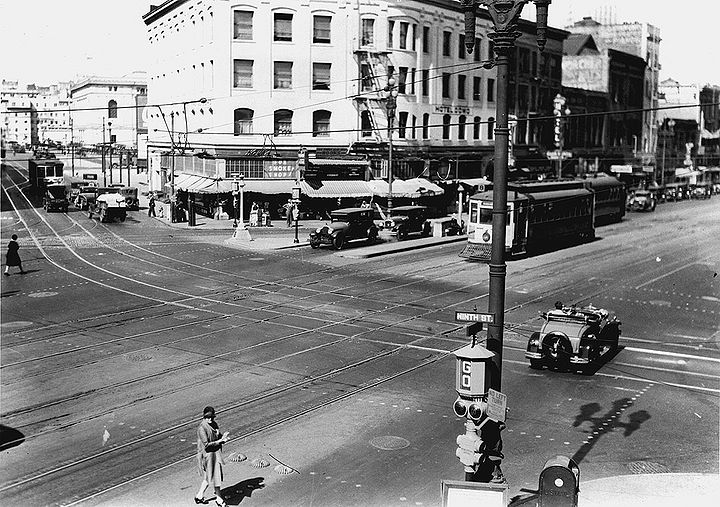 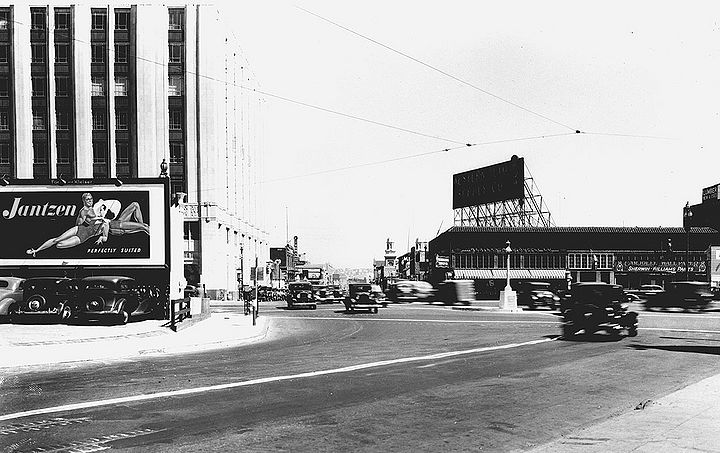 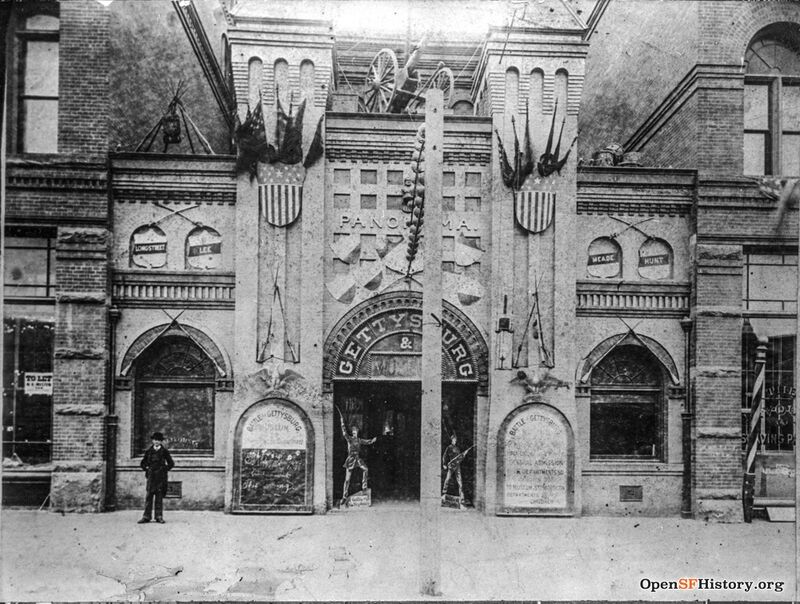 Market and 10th c 1890. This was the entrance to the Panorama Building at 1331 Market Street, built in 1887. It led to a huge circular drum in the rear of the lot where 360 degree paintings of dramatic historical events were on view, the so-called Cyclorama being a precursor to cinema.