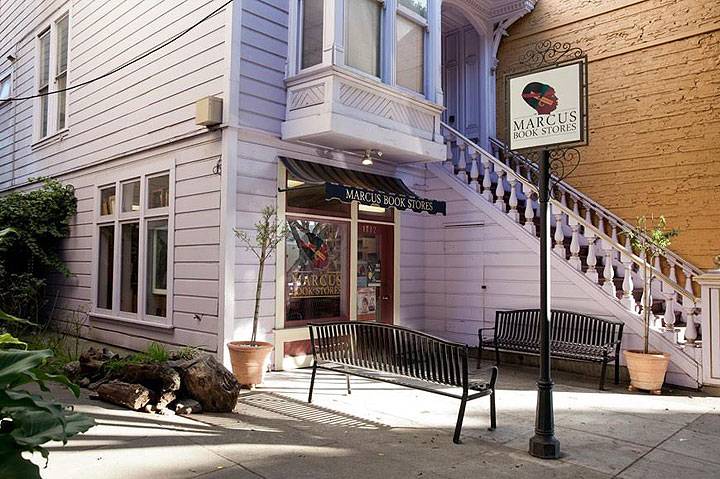 Marcus Books at 1712 Fillmore Street before its 2014 eviction.

The former site of Marcus Books on 1712 Fillmore Street was once a bustling bright purple Victorian bookstore. It is now an upscale beauty store painted white with blue trim. How does this story of gentrification, displacement, and eviction connect to historical patterns of Black displacement in San Francisco?

Marcus Books, the oldest Black bookstore in the country and named after Marcus Garvey, closed its doors (actually the locks were changed) at 1712 Fillmore Street, San Francisco in May of 2014. A historic site of Black culture in America, providing books by and about Black people, the family run bookstore hosted many of the nation’s greatest Black figures and provided an intellectual and social meeting space for Black issues.(1)

Marcus Books was founded in 1960 in the Fillmore at a different location by Drs. Julian and Raye Richardson. As redevelopment swept the Western Addition devastating the Black community that thrived there, Marcus Books was forced to relocate several times before landing at 1712 Fillmore in 1981.(2) As co-owner Karen Johnson describes, “We’re the only Black business that returned to the Fillmore.”(3) Many African Americans viewed redevelopment as an attempt by City government to permanently remove the Black population from San Francisco. The building the bookstore eventually settled in was formerly the iconic jazz club Jimbo’s Bop City, which operated three blocks away from 1950 – 1965. As redevelopment was tearing down houses, the Victorian that Bop City was formerly housed in was preserved and ended up at its current location at 1712 Fillmore.(4,5) 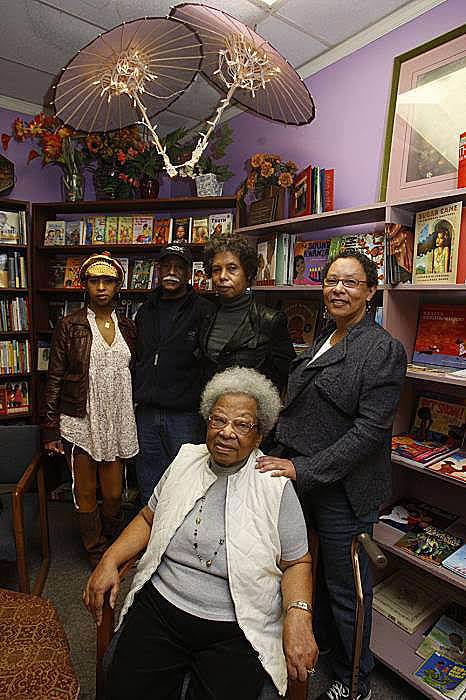 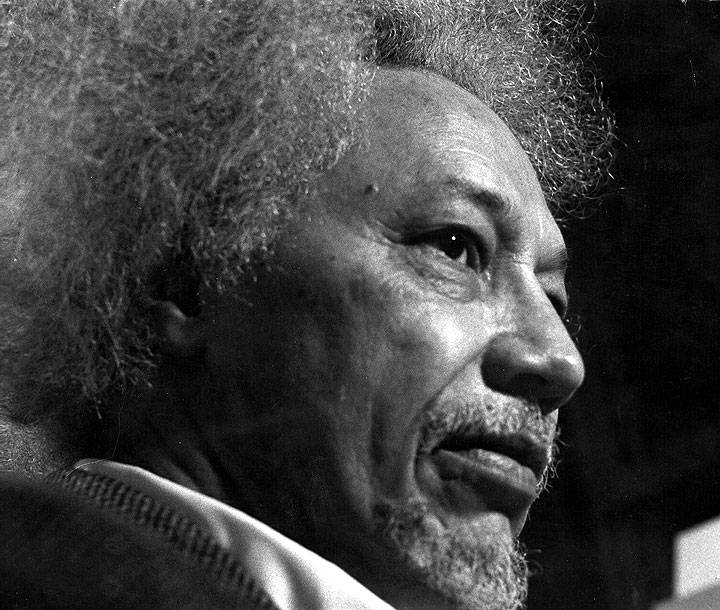 Why was Marcus Books and the family that ran the bookstore displaced? A family member of the Marcus Books proprietors took out a predatory loan and missed a couple payments, “not such a rare thing considering that at the same time the largest US banks and even our government asked taxpayers to give them hundreds of billions of dollars of assistance,” note the Johnsons.(6,7) The mortgage holder foreclosed on their building and the building was sold in a bankruptcy sale to the Sweis family (owners of the Royal Taxi Company, realtors, and the only bidders) for $1.6 million. The Sweis family requested $2.6 million to sell back the house to the former owners. When only $1.85 million was produced, the Sweis family filed to evict the previous owners, Karen and Greg Johnson, and the generations of their family that lived in the upstairs residence. The city government did not intervene.(8) Ironically, during the historic 1968 student protests at San Francisco State University, the Richardsons paid bail for more than 100 arrested students by putting up their home as collateral.(9) The family owned bookstore has since closed, and the space now operates as an upscale beauty store. This all speaks to the continued erosion of the remaining Black community in San Francisco, predicated on City development policies that work to disadvantage people of color and the working-class. 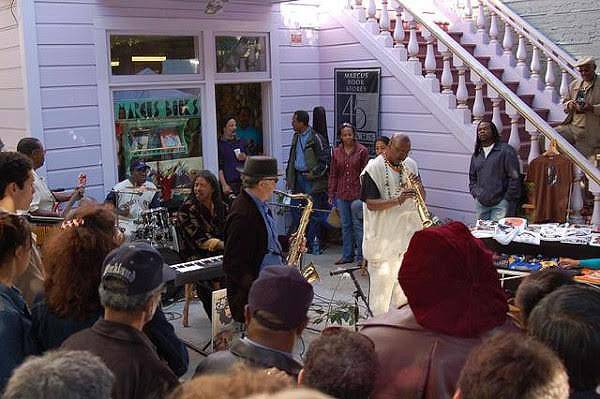