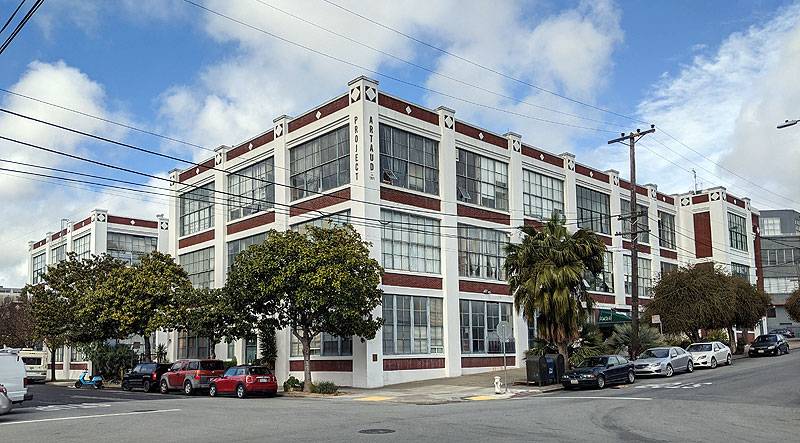 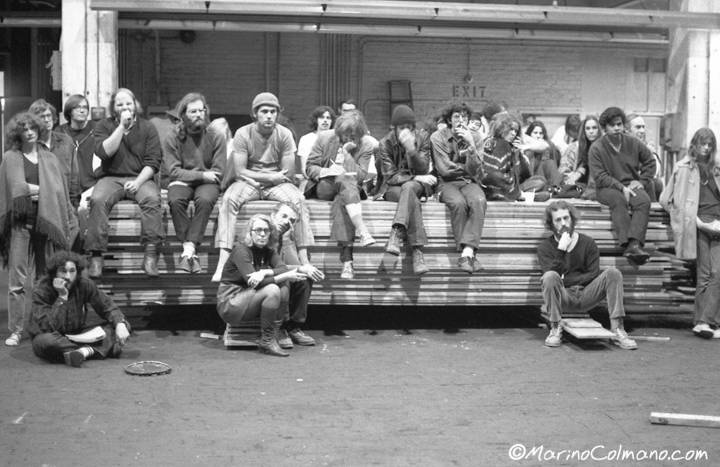 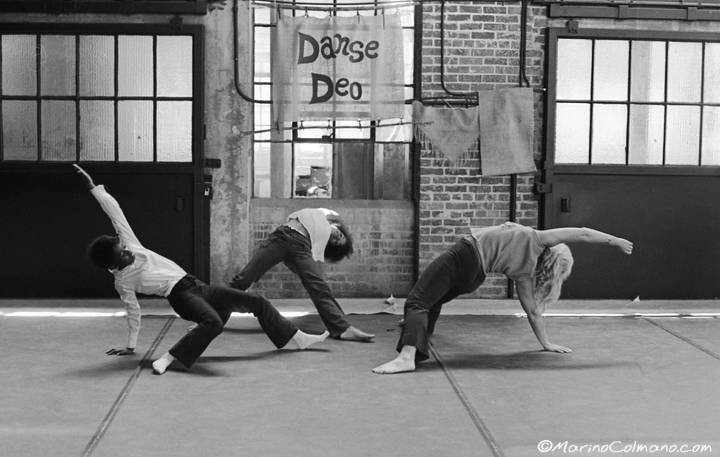 The "work" done by artists in proper live/work spaces, here at Artaud in the 1970s.

While cruising The Mission during Open Studios I passed the Million Fishes Art Collective on Bryant Street. But unlike the other times that I dropped by when collective members were setting up a talent showcase in their storefront performance/exhibition space, this time they were breaking it down. After a protracted conflict with a landlord more interested in fetching a profitable return on his property than providing housing for artists, the collective of nine years got the boot.

Million Fishes can be counted as another of the many casualties of gentrification in San Francisco that have sent artists fleeing. Despite the city's professed support for the arts, and the sizable income from the arts enriching the city's coffers, artists continue to compete for housing with commercial development and the growing tech industry. As long as there are no plans to create live-work spaces in San Francisco, artists will continue to be priced out of housing. Historically that has not always been the case. Artists wishing to live and work in San Francisco have at times enjoyed affordable, albeit not protected housing. 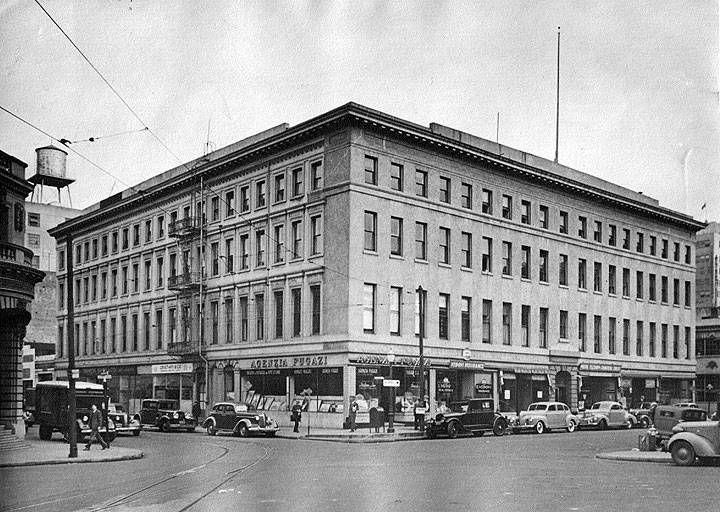 Before it was demolished in 1959, Montgomery Block, at the present site of the Transamerica Pyramid, was a four-story bohemian center built in 1853 where for almost one hundred years thousands of artists and writers rented cheap studio space. In 1964, one thirty-six Embarcadero became home and workplace for ten years to a group of artists who paid $200 a month for the block-long warehouse. A tower above a plastic bag factory at Folsom and 11th Street became housing for a group of artists in 1975 when the owner allowed them to convert the building's five floors into live-work spaces for $450 a month.

Throughout the 1970s and 80s artists created alternative living spaces wherever they could be found. Squatting was common. With scarce affordable housing and little protection from marketplace economics, squatting became an economic necessity. Abandoned factories and warehouses in SOMA and the Mission were moved into as squats without much fanfare or organization. The squat that became Developing Environments at the corner of Alabama and Mariposa went from makeshift studios divided by improvised cloth barriers and tents in a vacant building to what has become a 40-year project in communal living. 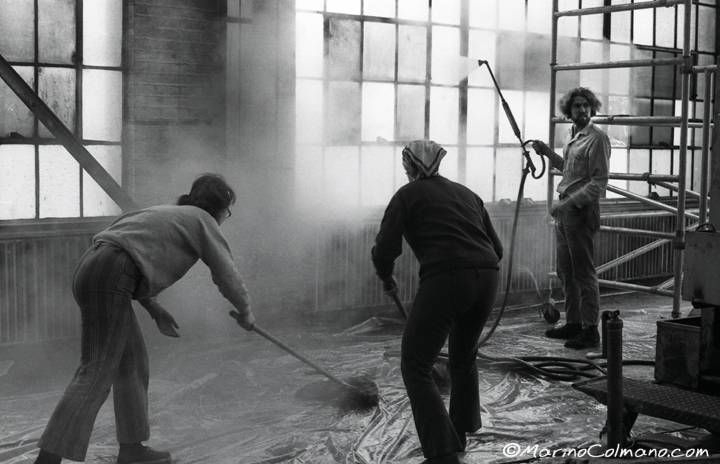 Early work on the Project Artaud warehouse, formerly the American Can Company factory at Mariposa and Florida. 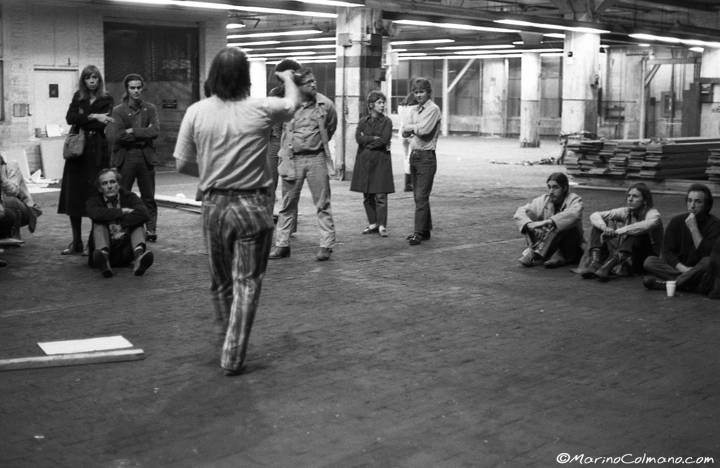 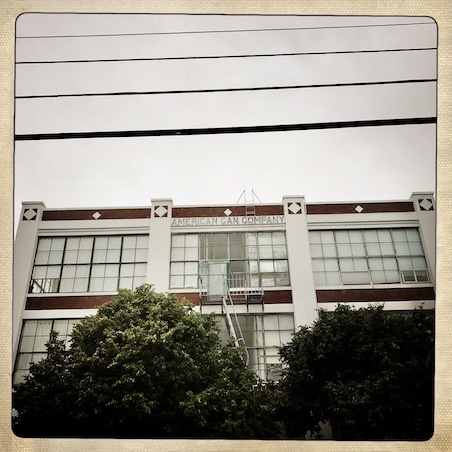 Project Artaud's building, the American Can Company, on a foggy summer day in 2019.

Project Artaud, named after the French surrealist poet Antonin Artaud, was among the first warehouse projects involving artists' takeover of undeveloped abandoned buildings and the division of floors into individual live-work studios. Leased for $10,000 a month by Joe Krysiak in 1971, the huge warehouse in the Mission that formerly housed the American Can Company was developed by fabric artists, theater and circus performers, leather workers, painters, sculptors, jewelers, photographers, cinematographers and a house builder who took up initial tenancy and formed an artists' commune. Artaud later became the model for the 1988 Live-Work Ordinance, but in 1971 building codes and rules and regulations for live-works didn't exist. Meanwhile, as the city grappled with these new construction ventures, artists were busy developing other viable buildings.

While some artists met with success in finding affordable and stable live-work spaces, others were continually displaced by eviction. During these decades San Francisco was undergoing massive transformation of its economic base resulting in widespread demolition of low-income affordable housing. The San Francisco Redevelopment Agency and its urban renewal projects were responsible for carrying out demolition of over 12,500 homes and single room occupancy hotel rooms. The displacement of thousands of residents set off a battle waged by tenants and small business owners who rejected urban renewal policies and fought for community control. Artists also formed community-based organizations and joined land-use coalitions to gain control of what was left of the remaining affordable housing stock. 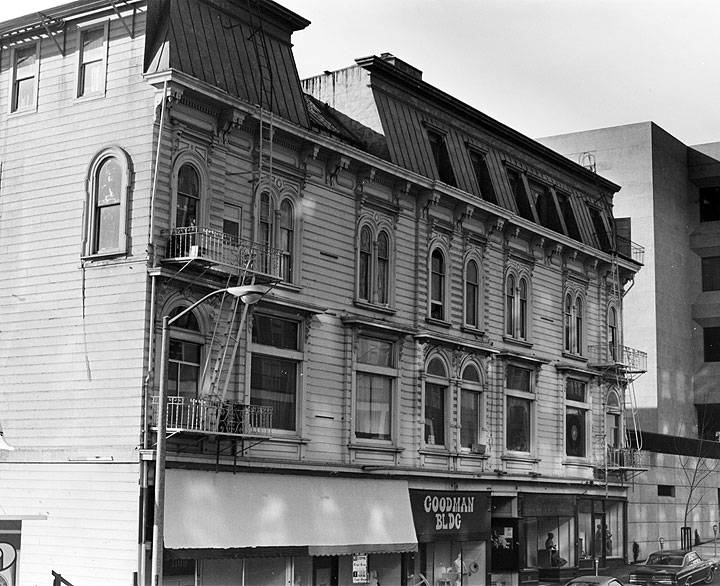 Original Goodman Building on Geary between Franklin and Van Ness.

The Goodman Building, with its hotel-type studios on Geary Boulevard, was home to 25 artists and served as a creative breeding ground for the city's artist community. In 1973 the building was seized by the Redevelopment Agency which planned to replace it with a high-rise. The artists waged an impassioned ten-year struggle to save the building from demolition, and managed to get the building declared a landmark on the National Register of Historic Places, but were unable to protect their live-work community or the storefront art center they had developed as a theater, gallery and graphic arts studio. When the Redevelopment Agency accepted a proposal from a developer, the artist community was evicted.

By the early 1980s the city woke to a severe artist drain, with flight to cheaper spaces in other cities. Following on the struggle of the artists evicted from the Goodman Building in 1983, a plan by the city for affordable live-work housing was developed. Inspired by the conversions of old industrial buildings to artist live-work spaces such as Project Artaud, the Board of Supervisors passed a Live/Work Ordinance in 1988, allowing for the development of live-work projects in industrially zoned neighborhoods. Initially the live-work units were converted from existing buildings but by the mid-1990s, 90% of live-work developments were new construction. By 2000, 2,768 new live-work units were on the market, with 71% in SOMA and 16% in the Mission.

Although the legislation was intended to serve as housing and workspace primarily for artists, only a small number of artists benefited from the ordinance. The process was hijacked by savvy developers who bought up low-cost land in industrial zones and sold live-work lofts at inflated prices. Masterminded by the Residential Builders Association, developers seized upon the ordinance as a way to lower their costs and make higher profits, which they did by ducking city fees and regulatory requirements such as compliance with the Americans With Disabilities Act. 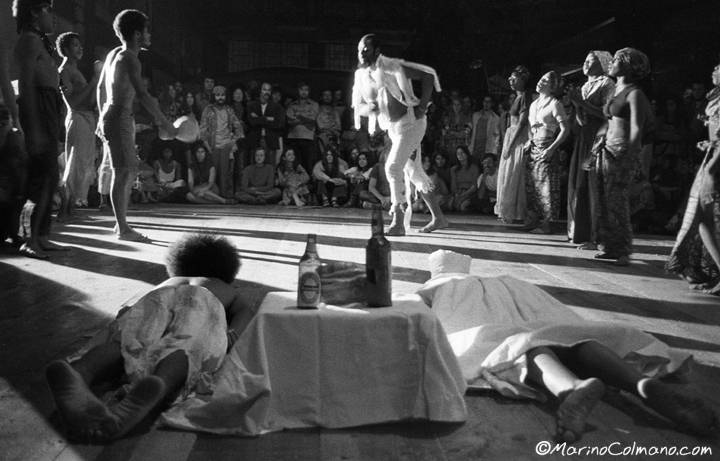 Between 1988 and 2000 workers from the dot-com boom were buying up lofts instead of the artists the ordinance was intended to help. In 2000 the price for a loft was $353,100, 32% higher than for non-live/work housing. Neither the Planning Department nor any city agency was able to regulate residency requirements.

Recognizing housing inequities, the San Francisco Arts Task Force submitted a report to the Board of Supervisors and the Mayor in 2006 with findings and policy recommendations for housing artists:

The City needs to use its land use policies, especially in the re-zoning efforts underway in the eastern neighborhoods, to create substantial new opportunities for affordable housing and artist work spaces (for example, establishing a density bonus for developers who include art space in their project). And, include artists in all affordable housing initiatives, possibly in conjunction with a resident artist/neighborhood arts program.

To date neither the city nor the San Francisco Arts Commission have expressed plans for future artist housing.