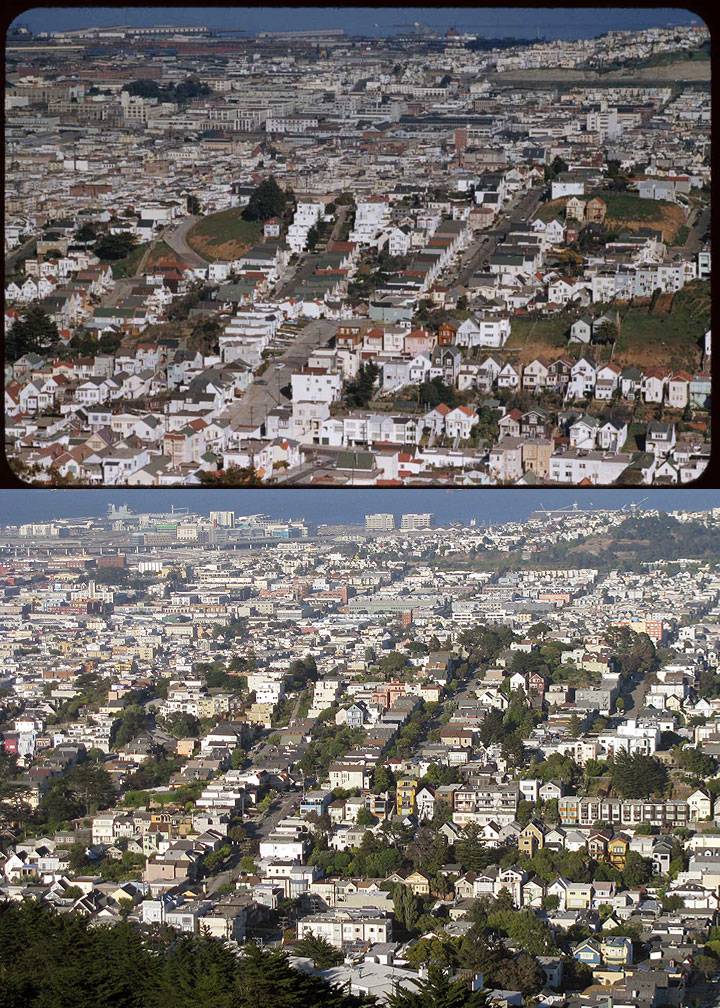 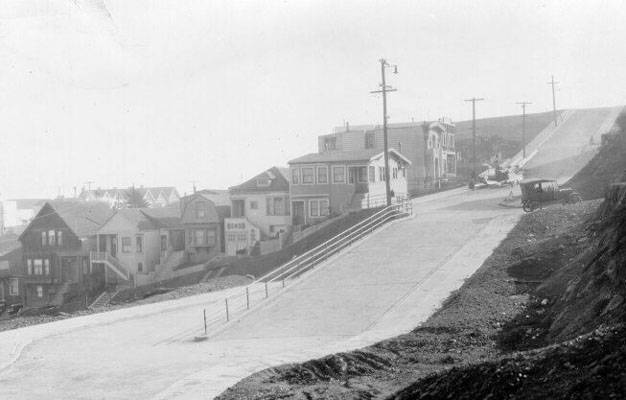 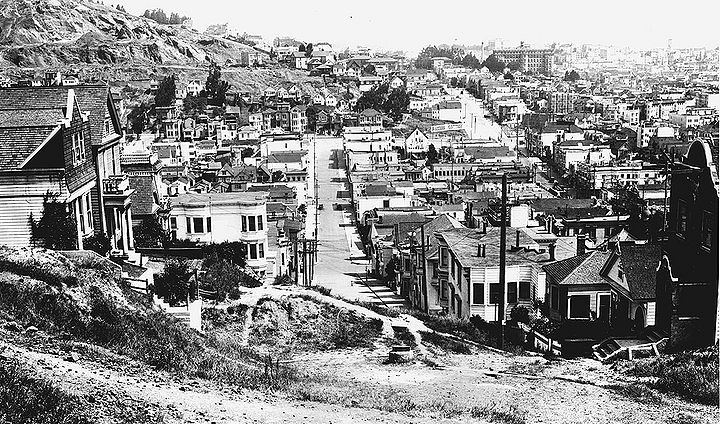 Collingwood and 21st, looking north towards the eastern edge of Corona Heights when it still harbored the Gray Brothers quarry there.