Difference between revisions of "Leather Resilience"

Listen to an audio description of the gay leather "Valley of the Kings," part of the "Bending Over Backwards" walking tour: 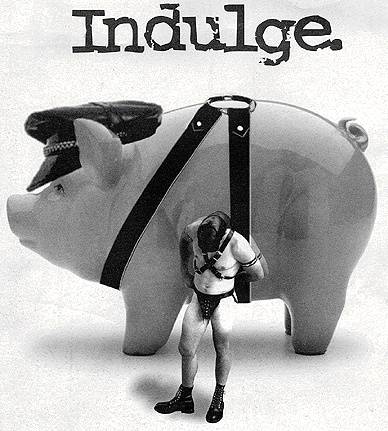 Changes and Continuities in the Leather Community

Against all odds and expectations, the San Francisco gay male leather community has weathered AIDS, sex panics, and urban renewal. The structures of leather social life have undergone substantial change. But the community and its culture have adapted and survived. For example, AIDS has unquestionably contributed to substantial erosion among some leather institutions, particularly the gay motorcycle clubs. Many major clubs and the events they sponsored did not survive into the 1990s. The Warlocks, one of San Francisco's oldest motorcycle clubs, is among those that vanished, and important events, such as the CMC Carnival and the Satyr's Badger Flat run, have also been suspended. 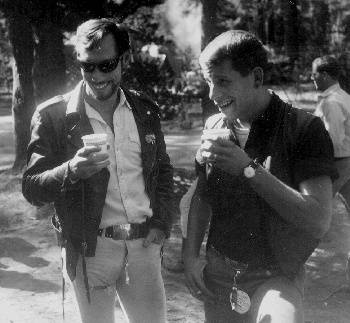 However, while some of the older institutional forms are foundering, new ones are thriving. Virtually every public event in the gay male leather community raises money for AIDS, and much of leather socializing now occurs at AIDS fundraisers.

Moreover, there is a palpable, visible recovery taking place. New clubs are being founded, new bars are opening, and leather businesses are once again flourishing. A few of these are in the Castro, but most are still in the South of Market. The Folsom is still the central focal point for local leather and it remains a magnet for leather tourists.

The leather occupation of the South of Market is thinner and more dispersed than it once was. The leather bars and businesses are interspersed among the music halls, upscale restaurants, and big-box warehouse stores. The intermingling of gay or leather sites with straight or mainstream undertakings has meant a loss of the very privacy that once drew leathermen to the South of Market. The leather presence is also more episodic. Where there used to be leathermen constantly thronging the Folsom, such hordes now only appear for major leather holidays and festivities. Two street fairs are important in maintaining the Folsom's leather ambience. In 1984, a group of community organizers and housing activists decided to start a street fair in the South of Market. The Folsom Street Fair was intended to make a political statement that the South of Market, far from being an empty slum in need of urban renewal, was already occupied. The fair, it was thought, would bring together and display all the disparate elements of a vital and viable neighborhood. Thus the fair has never been an exclusively gay or leather event. Nonetheless, the founders included leathermen, and given the strong presence of leather in the area, the fair has always had substantial leather participation.

Like most San Francisco street fairs, the Folsom Street Fair has entertainment, sales booths, and opportunities for political organizing, fundraising, and education. While most commercial booths feature generic street fair merchandise like polished rocks and mediocre pottery, the fair is also a showcase for services and crafts directed at leather consumers. These include piercers, makers of bondage furniture, whipmakers, and purveyors of other SM equipment. SM clubs do small-scale rummage sales to raise funds, and various community service organizations hand out literature and sign up members. The Folsom Street Fair has become an occasion for the leather community to come out in force and in full dress.

Although AIDS has made the leather community smaller, it has also made it tighter and more socially integrated. Suffering and the sense of common struggle have drawn people together. Leather society is certainly more gender-integrated than it was even ten years go, and it is also more nationally confederated and politically cohesive.

In the long run, the South of Market is probably lost to the leather population, despite the stubborn vitality of a few remaining strongholds. San Francisco's entire eastern waterfront is about to be rebuilt, and what is left of the old docks, piers, factories, warehouses, and low-cost housing along the bay is about to be replaced by large and expensive edifices of concrete, glass, and steel.

A new baseball stadium planned for China Basin will anchor one end of this expansion, and there are plans to rebuild the bay front all the way to Pier 70. Several mammoth projects for Rincon Point, South Beach, China Basin, and Mission Bay are in the planning stages or awaiting approval. (Port of San Francisco 1997) This would take the rebuilding boom almost to Bayview-Hunters Point, one of the last strongholds of African American residents within the city limits. On the other side of Bayview-Hunters Point, a new half-billion-dollar football stadium and retail mall will anchor the southern limit of the city's eastern flank. New condominiums, malls, offices, and sports facilities will occupy much of what little is left of the city's last major strip of light industry, low-rent commerce, and low-cost housing. There are no leather bars or low-income residents in the blueprints for these developments. If the leather community must leave the South of Market, it may establish itself in some other urban niche. But finding any corner of the city left unmolested by large-scale construction is becoming an increasing challenge. Nonetheless, the leather community has shown itself to command robust social reserves, surprising economic vigor, and flexible adaptability. Despite the repeated losses of key individuals to AIDS and the implacable march of urban renewal, the gay male leather community has continued as a viable and evolving social form. For now, leather continues to be a vital part of the mix in San Francisco's extraordinary South of Market.