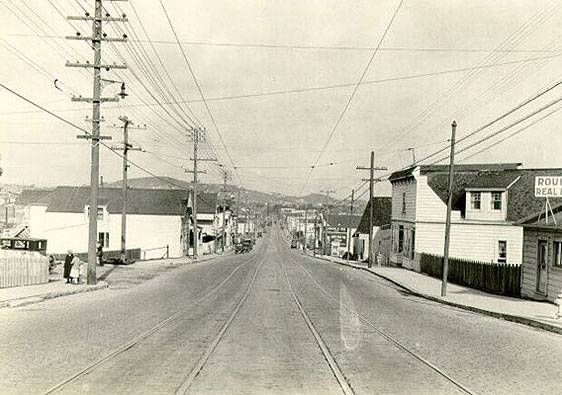 I can’t remember never having known how to speak English though I was born only a few months after my parents landed in San Francisco. My first language was Armenian which was spoken by my father and mother. I suppose I picked it up when playing with the other children, our neighbors on Le Conte Avenue. My mother was bi-lingual in Turkish as well as Armenian and Assyrian, my father’s tongue. She also spoke Russian, acquired while a refugee in Harbin, Manchuria, from associating with the large Russian colony there. She was quick to learn to speak English. She had to. No one else in the neighborhood spoke any language she knew. But she wanted to learn to read and write the strange new alphabet.

I entered kindergarten at Bret Harte Grammar School as soon as I turned five. When I moved to the first grade I was given the primers The Little Red Hen and Chicken Little . I took them home every night. My mother read them with me, repeating after me, “The Little Red Hen had a seed. It was a wheat seed,” and “The sky is falling, Chicken Little? How do you know, Henny Penny?” She had no problem with speaking and understanding English but the spelling was frustrating. It wasn’t at all like the Armenian alphabet. The thirty-six letters created by the monks St. Mesrop and St. Sahag in the fifth century represented every Armenian sound, making it impossible to mispronounce a word when you read it.(According to my mother, it wasn’t possible to make errors in spelling. I believed her until I tried to learn to write in Armenian. It turns out that several letters are duplicated—k, p, r, t; there is no way of knowing which is correct until you have mastered the language; other symbols take different sounds according to their positions in the word, thus proving a variation on the old adage, “If it were so easy, everybody would be able to write Armenian.” )

As I advanced in school she continued to read my books as well as help my younger sisters, Anita and Lily, with their homework. It was touching to hear her correct Lily who persisted on describing the Red Hen’s seed as a “ween” seed. At the same time she read the San Francisco Daily News. I remember in particular a weekly serial called Ladybird whose adventures engrossed the other women on LeConte . She was able to discuss the plot turns with them. She also subscribed to the Delineator magazine, sending for their patterns which with the help of her Singer Sewing machine were transformed into clothes for her girls.

She joined Bret Harte’s PTA and eagerly attended lectures given by visiting experts who taught public health, nutrition and the artful presentation a dish. By the time my youngest sister, Violet, entered Bret Harte Grammar School, my mother was an active member and was elected president, an honor which she enjoyed. Robert’s Rules of Order became her trusted reference book. On the afternoons of the PTA meetings, Violet went to the auditorium after her class let out in order to walk home with Mama. One afternoon, from her seat in the back row, she noticed that Mama’s hat was slightly askew. Wishing to protect her from embarrassment she left her seat and crept backstage to remedy the matter. Mothers sitting out in front saw two small disembodied arms emerge from behind the curtain, reach towards the hat and my mother’s startled expression as the hat mysteriously moved on her head. Violet has never forgotten the hilarious laughter that erupted. We were enormously proud later when Mama was re-elected president, an occasion that was reportedly the first to happen in the history of the San Francisco PTA.

My mother wrote me while I was in France where I worked for the United States Information Agency. Though her spoken English was fluent she never lost her accent. Her letters were filled with love and with her own English locutions—“Be begood”, and Armenian expressions written in English letters, such as “Glohkus g’ooreh” (my head is swelling) to express her exasperation with the constant need to consult the dictionary. I saved them all.

Though our parents came from all parts of the world we children spoke without an accent thanks to the devoted teachers at Bret Harte Grammar School. However we did have some speech habits that subtly differentiated us from “real” American children, those whose parents were born in the United States.

We identified ourselves with our parents’ original nationality, referring to them as “my father” or “my mother.“ We addressed them as Mama/Papa or Pa/Ma. As my world expanded to include “real” Americans I noticed the possessive was not used. Rather they would say “Father said..” or “Daddy” and ”Mommy.” Once my father startled me by referring to himself as Daddy. It sounded so foreign to my ears. Some of the kids when speaking of their parents used the term “my old man/“my old lady,” I thought it was disrespectful.

We all said “ain’t” as “I ain’t going to do it.” I remember one day sitting on the side of the small hill above San Bruno Avenue. We were gathered around Mrs. Zarosi, Virginia and Pauline’s mother. She had accompanied us that day on our hike up the hill where we picked Johnny-jump-ups and rolled from the top to the plateau. Mrs. Zarosi explained the rules of “doesn’t” and “don’t” to us. Her lesson stuck in my mind.

The comedies in that era always showed rich people as boobs; children who bore names such as Percy or Algernon called their parents—who dressed in white tie and tails and evening gown when they had dinner—“pater” and “mater,” pronounced “payter” and “mayter.” The Saturday matinee audience at the Avenue found this hilarious. The movie English affected all of us in the Bayview. When my eleven-year old sister announced that she would be moving to the Richmond district, one of her girlfriends asked if she would now be required to say “isn’t” and “aren’t” and to address our stepfather as “-pa-PAH.”