Difference between revisions of "Laurel Heights" 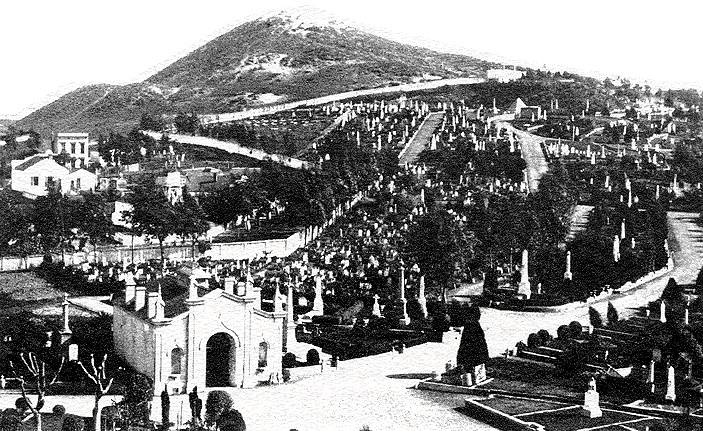 Laurel Hill Cemetery during the 1890s.

By 1941, the Laurel Hill Cemetery was gone. The top of the hill was set aside for the future Lowell High School, but later rezoned for commercial use. In 1953, Firemen's Fund Insurance Company bought the land and constructed a four-story office building, which today serves as the Laurel Hill campus of the University of California (neighbors have bitterly contested U.C. plans to convert the facility into a biomedical research laboratory). The slopes of Laurel Heights were developed in the 1940s and '50s with houses, flats, and small apartment buildings. These modern buildings contrast with the earlier Queen Anne and Stick style dwellings built in the same area.

The two blocks now known as Jordan Park were purchased by James Clark Jordan in 1891. The park was used by the military during the Spanish-American War in 1898 and was subsequently developed by Jordan, from 1900 to 1920, into an area of wide streets with large homes set on spacious lots with lawns and gardens.