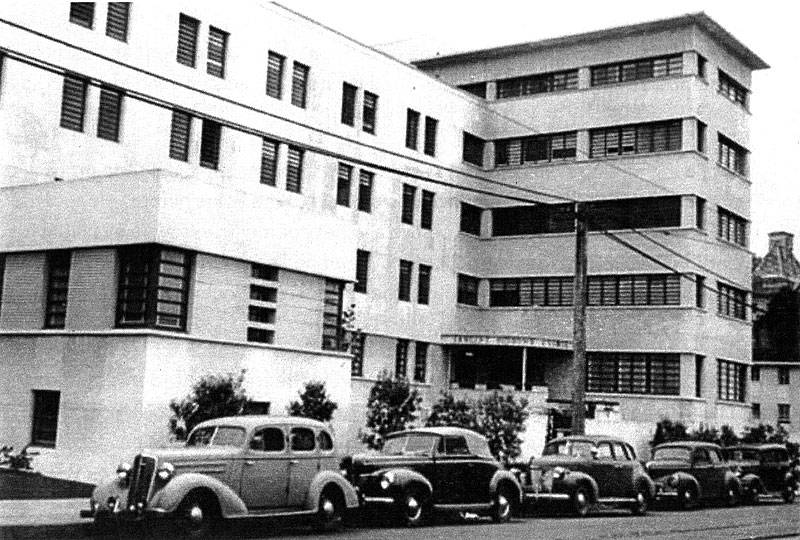 Among the various affiliations and learning opportunities given to us were periodic rotations to other hospitals and clinics. One of the rather odd lessons presented to us was at Langley-Porter Psychiatric Clinic at the University of California Hospital on Parnassus Avenue, to learn about psychiatric medicine and nursing care. During the long bus ride over to that section of the city, I wondered what psychiatric nursing could entail. I looked out the bus window and watched the houses and buildings pass by without really seeing them. Would the insane people be in dark rooms or in cages like we saw in the movies? Would they be in an assortment of dress or undress? If patients became unruly and uncontrollable, would they be put in straitjackets? I thought of my Aunt Phyllis and wondered what kind of care she was receiving. And I wondered what kind of counseling could be effective.

Finally at our destination, we entered into a large room and sat where we could easily see a patient being brought in on a gurney. She was allowed to remain on the gurney which was moved onto a platform in front of us. Nearby was a small container like a refrigerator.

A demonstration began. The patient was introduced as a volunteer. Two nurses and a person dressed like a physician accompanied her. Without many comments, the nurses began to remove all the patient's clothes and then to take items out of the refrigerator-like container. Each time the lid was lifted, a small cloud of white mist escaped, evidence that the contents were very cold.

Long, narrow strips of cloth were taken out one at a time. The doctor began applying the cold strips of cloth, wrapping the patient from head to toe in a spiral­-diagonal direction. Apparently, this was a new and accepted form of shock therapy for persons who were experiencing extreme physical and mental disturbances. The idea was to trap body heat and cause a rapid transition from very cold to very warm.

While we watched, we communicated with each other by making facial expressions and signaling with "thumbs down" motions. We were very skeptical about the effectiveness of this elaborate procedure. We made a silent and unanimous decision that psychiatric nursing was something we didn't particularly want to do. We sympathetically and vicariously put ourselves in the place of the patient and assumed the treatment was extremely unpleasant. And we questioned its effectiveness: "Did it really help?"

As I watched the strips of cloth so meticulously being applied, I thought back to something Dr. Clattenburg, our family physician, said to me years before. He told me that early in medical care of any sort, before a variety of medicines were available for treatment of illnesses, doctors were judged by their ability to apply bandages; that is, the neater and more perfectly done, the higher respect the doctor received.

In the months after the affiliation at Langley-Porter Clinic, I assisted when electric shock therapy was occasionally performed in the treatment rooms on the medical floors at our home hospital. I did not understand the diagnosis; most of the time, it was said to be "dementia" but with little explanation except to add that it was a consequence of old age.

To me, electric shock therapy was frightening. The poor patient was placed on a very hard surface and strapped securely to it. Then a padded tongue blade was placed in the mouth between the upper and lower jaws as an attempt to protect teeth and tongue. Electric paddles were put against the temple area of his or her head and everyone was told: "Stand Back"! Suddenly — SHOCK! — it sounded like a gunshot!

Of course this caused the patient to convulse immediately. However, the convulsion didn't last very long and the patient was taken back to his or her cubicle and allowed to sleep for several hours. A student was assigned to stay at the bedside of the poor patient periodically checking his or her blood pressure. We remained at the bedside until our patient had fully awakened. Our patient was usually calm and quiet for the rest of the day. We were not made fully aware of their behavior before they received the shock.

At that time in the development of psychiatric medicine, there were few options available to help mentally ill patients. Fortunately modern medicine has made such procedures obsolete. Sometimes, thinking of our experience at Langley-Porter, we students wondered about the person used in the demonstration we witnessed. Was she really a volunteer? To be wrapped up in all those cold bandages must have been like torture!