Laguna Honda was a natural lake before it was dammed and enlarged as a source of the city's water supply a century ago. 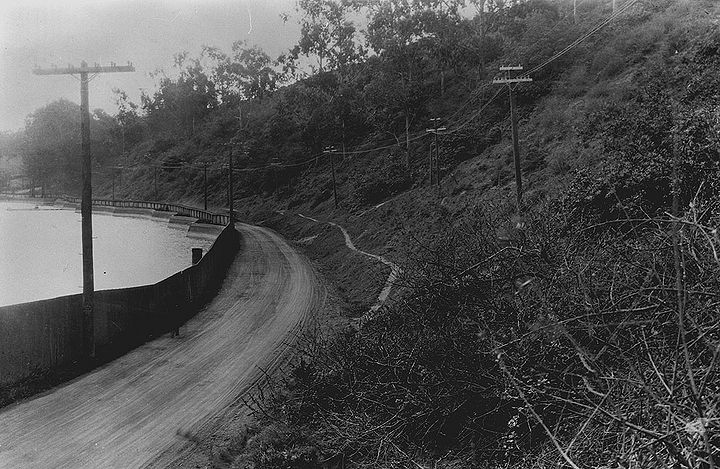 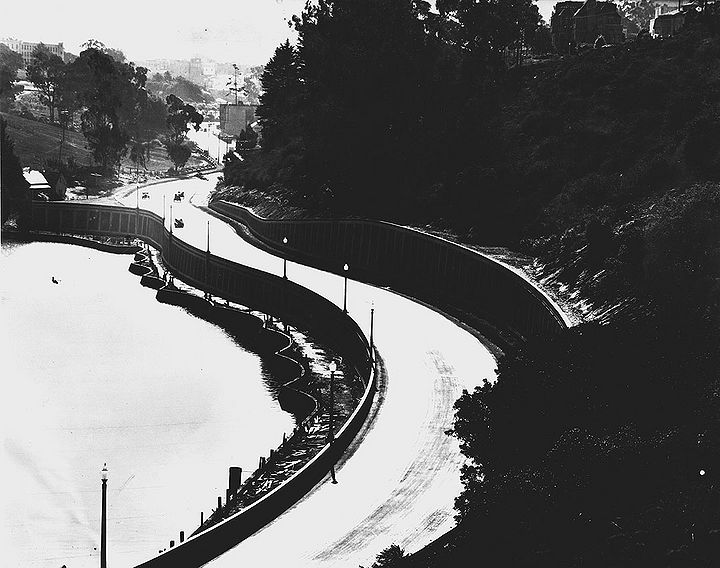 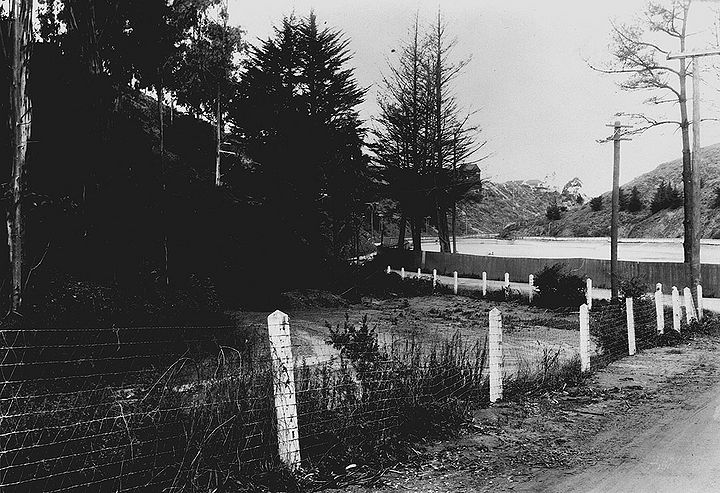 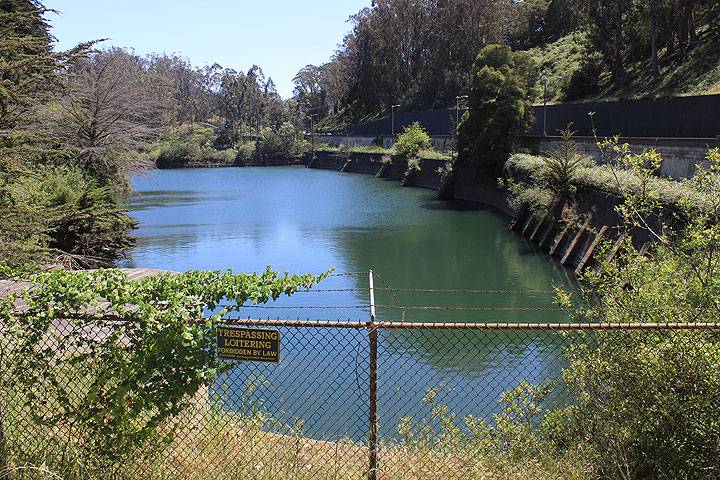 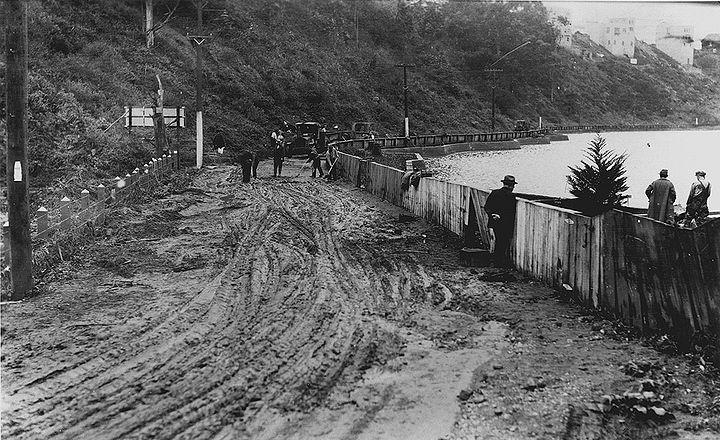 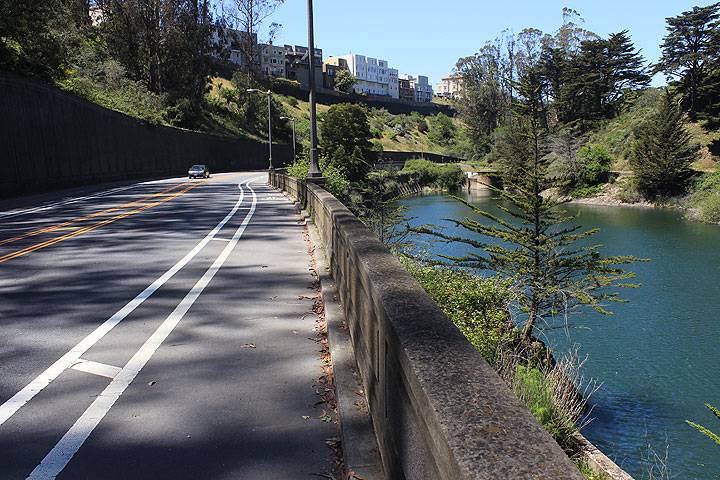 About two hundred yards north of the reservoir, near the intersection of Seventh Avenue and Lawton, there was another natural lake filled in in the early years of the 20th century. It was about the same elevation as Laguna Honda. The stream flowing between them could not have been very swift. And there is no indication of where any substantial stream might have gone. There is no ravine below or any indication of a streambed that would have carried the amount of water necessary to have carved such a cliff (to the west of 7th Avenue). Where the streambed might have been, there is nothing but sand... Conceivably a swift stream could have carved the cliff, then later been dammed by landslides, creating lagoons. (Harold Gilliam, The Natural World of San Francisco, 1967) 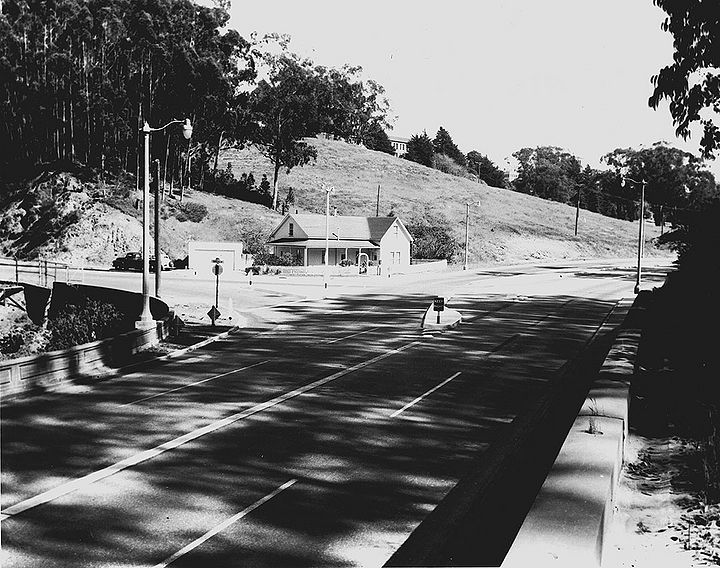 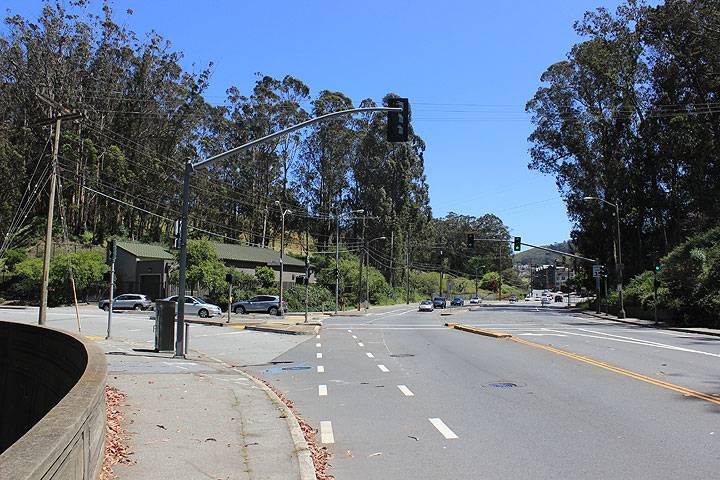 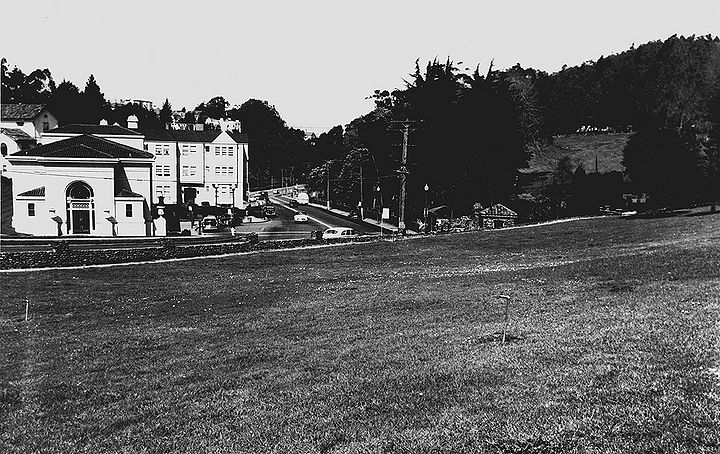