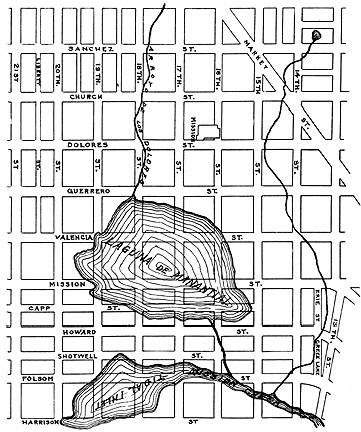 The old lagoon seen on this map probably never existed except as a seasonal, tidal lagoon, but has taken on a life of its own from this map, originally published in 1912. The original Franciscan mission was built above the gulch that poured down today's 18th street, falling 40 feet in a short distance. There is noticeable subsidence in today's Mission District, including Clarion Alley. Note the creek running down 18th. 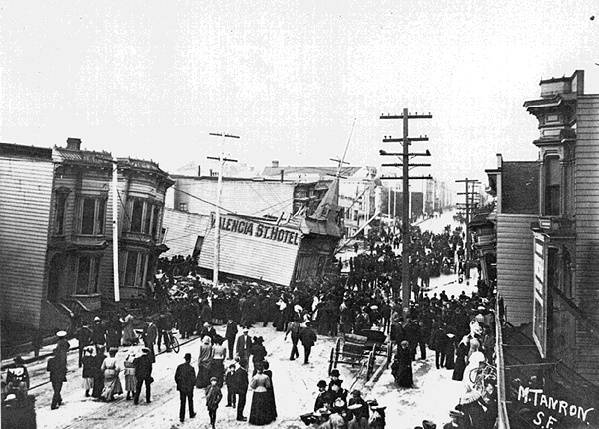 The 4-story Valencia Street Hotel sunk three floors into the underlying marsh. This scene is the morning of April 18, 1906, and the street is awash in water from the broken Spring Valley water mains. 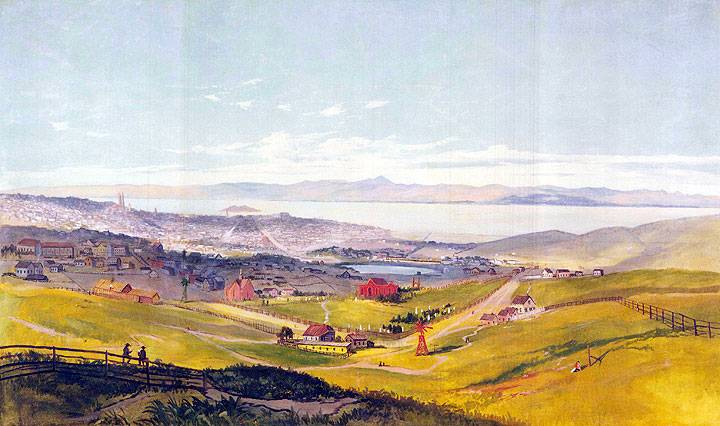 This 1870 oil painting depicts a rather distorted landscape of the Mission District, including the mythical lake, which was a tidal inlet, but probably wasn't a year-round lake as it appears here. In the foreground is today's Dolores Park, then a Jewish cemetery.