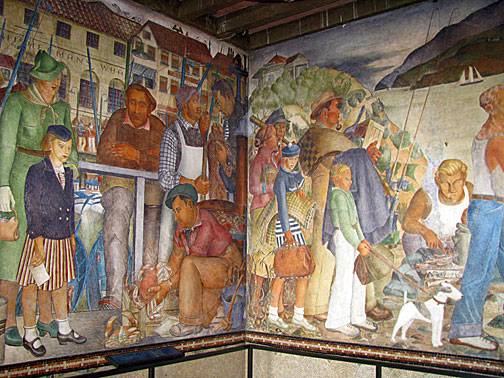 Panels from the Beach Chalet murals by Lucien Labaudt

California artists earnestly believed that their art should be inspirational, and they painted the world not as it was but as they wished it to be. Their heavy emphasis on themes of work reflected their belief that hard labor would again bring a happy, healthy, and even wealthy life. Accordingly, in a Coit Tower mural by Jane Berlandina, well-dressed couples dance to the music of a ukelele and grand piano at an elegant house party. On the tower's stairwells, beautifully turned-out San Franciscans parade up and down Powell Street in murals by Lucian Labaudt. 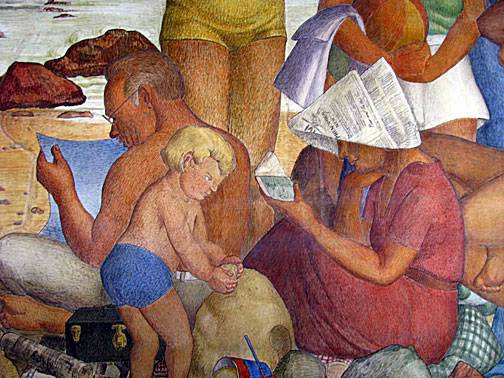 Lucian Labaudt included himself in this panel from the Beach Chalet, his back turned to the viewer as he reads the paper.

In Lucian Labaudt's San Francisco Beach Chalet scenes, equestrians, tennis players, and the Saint Francis Yacht Club inhabit the landscape. If, as reputed, a Beach Chalet waterfront scene includes a portrait of Labaudt's friend, labor organizer Harry Bridges, it is a Bridges peacefully wheeling a hand-truck, not leading the violent waterfront strike of 1934.91 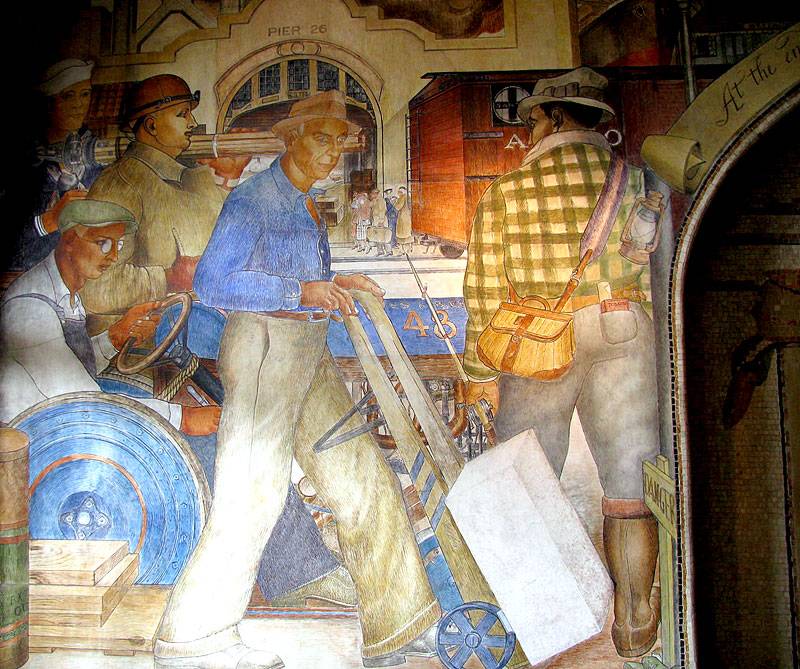 Labaudt Mural at the Beach Chalet (detail of port scene)

In San Diego other artists painted prosperous equestrians and hunters, and in Santa Monica even polo players made an appearance.92

The message carried by New Deal art is clear: hard work will triumph over economic depression. By painting murals celebrating this American ideal, the artists were themselves working in a socially useful way, and the system was rewarding their hard work by paying them money for painting pictures in the middle of the worst economic catastrophe in the country's history.