The Knights of Pythias is a fraternal organization and secret society founded in Washington, D.C., on 19 February 1864. The Knights of Pythias is the first fraternal organization to receive a charter under an act of the United States Congress. It was founded by Justus H. Rathbone, who had been inspired by a play by the Irish poet John Banim about the legend of Damon and Pythias. This legend illustrates the ideals of loyalty, honor, and friendship that are the center of the order. The order has over 2,000 lodges in the United States and around the world, with a total membership of over 50,000 in 2003. The order is headquartered in Stoughton, Massachusetts. Some lodges meet in structures referred to as Pythian Castles. 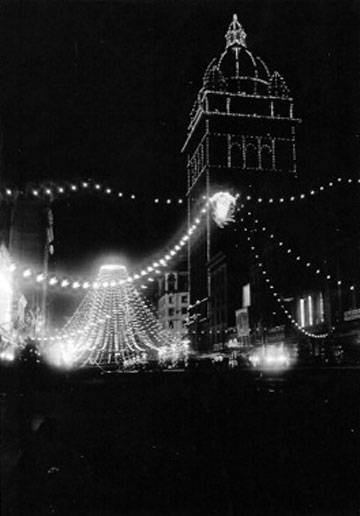 1901-02 gathering of Knights of Pythias in San Francisco. 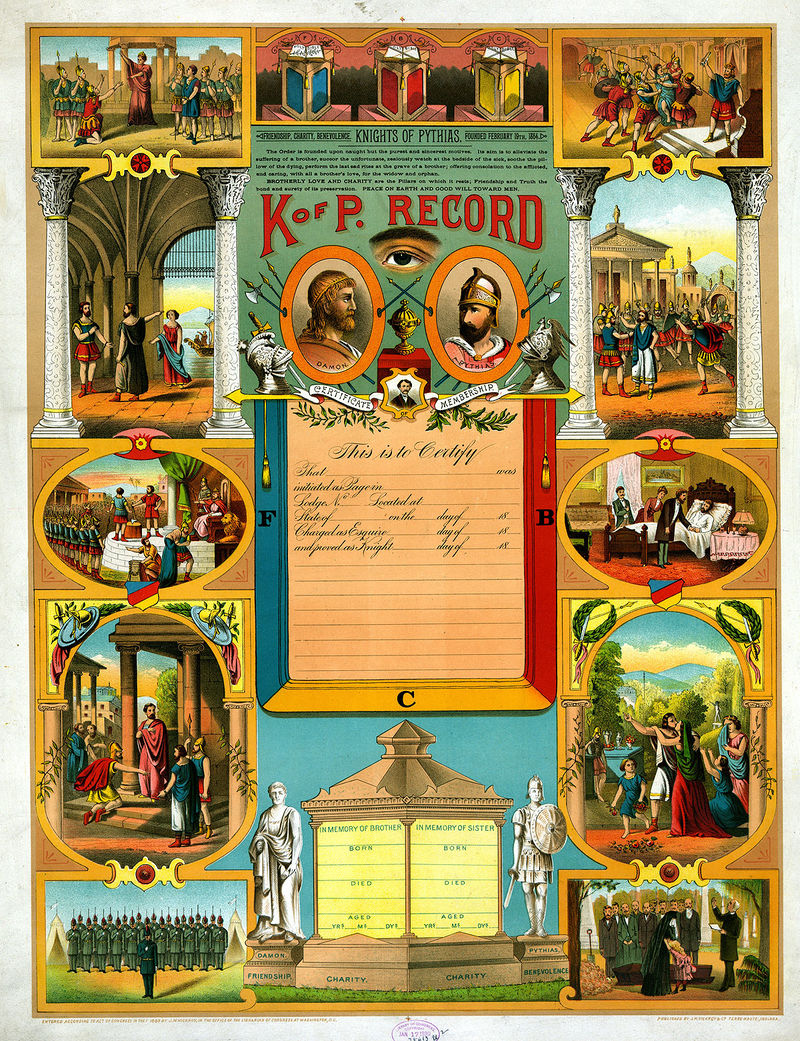 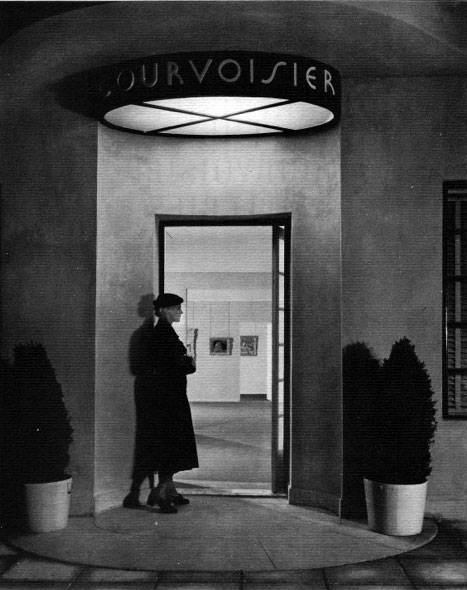 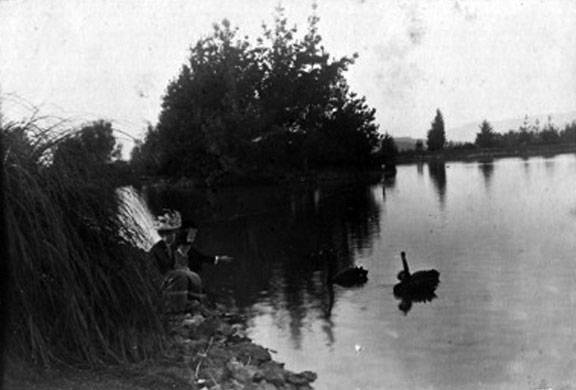