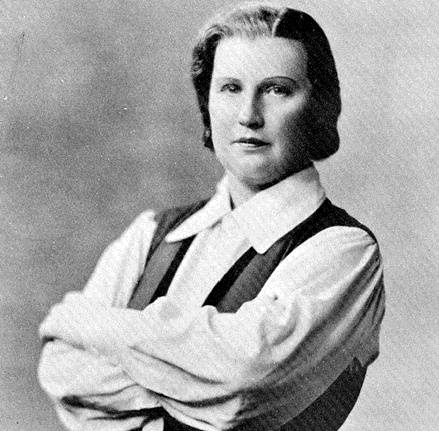 Considered by many to be the "voice of the 20th century," Norwegian soprano Kirsten Flagstad (1895-1962) was a virtual unknown when she made her debut at New York's Metropolitan Opera in 1934. Nearly 40 years old at the time, she had been singing professionally for 20 years in Norway, Sweden, and Finland, performing roles such as Micaela in Carmen, Marguerite in Faust, the Puccini and Verdi heroines, and numerous operettas.

Flagstad, the preeminent Wagnerian soprano of her generation, gave more than 4,000 performances and made over 200 commercial recordings during a career that spanned five decades. A frequent visitor to San Francisco, Flagstad made her local debut in the San Francisco Opera's first presentation of Wagner's Ring cycle in November 1935. Over the next 15 years, she gave 38 performances with the company, most frequently appearing in Die Walkre and Tristan und Isolde.

In June 1949, the San Francisco Opera announced the return of Kirsten Flagstad, who had been absent from the company since 1939. (She had been a Nazi sympathizer and was banned from the U.S. during WWII.) Though she had given a recital in Oakland earlier that same year, the veteran-packed board of the War Memorial Opera House voted unanimously to "disapprove" her return because of the "controversial character of her public appearances."

The controversy raged--both in the newspapers and in the board rooms. Finally, the Opera declared it would cancel the whole season rather than cancel Flagstad's contract. Audience demand and sympathies undermined the Opera's stand and the ban was withdrawn.

When Flagstad returned to the War Memorial stage on September 30, 1949 in Tristan und Isolde, there were no incidents. Rather, she received a standing ovation and the company had to schedule an extra performance to meet the demand.