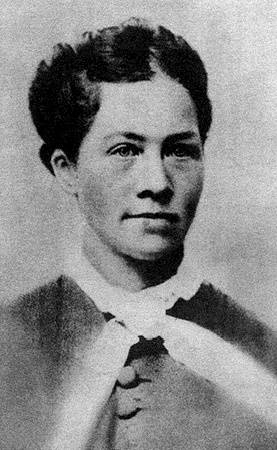 Among the host of people who down the ages have gone largely unheralded despite their significant contributions to the advancement of social justice is Kate Kennedy, a 19th century San Francisco school teacher. In 1874 her test case secured the legal precedent in the United States for equal pay for women doing the same work as men. In 1886 she was the first woman in California to run for state-wide public office--State Superintendent of Schools. And in 1890 her test case ended, once for all, the political spoils system in California: no longer could civil service workers--and that included teachers--be fired except for professional "misconduct or incompetency."

A good deal is known about Ms. Kennedy and her achievements owing to a number of short biographies and the public record. Her absence from current histories is puzzling, then, especially when one learns that a public school in her adopted city was named after her. So too was the Kate Kennedy School-Women's Club, founded "to further teachers' rights professionally, to secure salary for equal work [yes, the invisible men's club had robbed women of their equal pay after Kate's death], to gain recognition for professional promotion for like achievement and like credentials, regardless of sex."

Perhaps her obscurity adheres to the obscurity of another San Franciscan of the same era, Henry George. Kate proudly held membership in the Knights of Labor, the first grand union of labor guilds in this country: indeed, she was probably the first teacher in the country to belong to a union. Yet curiously she wasn't a capitalism-basher. At least not when capitalism in its precise sense is meant. Capital, when one is speaking exactly, refers to stuff made by human beings, while everything which exists regardless of human beings comes under the title of land. Natural resources, the radio frequency spectrum, and what realtors call "location, location, location," all these are not capital, but land. Kate followed Henry George in advocating that the annual value of land belongs to society. All of it.

After 1880 she spoke often to the Knights of Labor and other labor groups on this subject. She wrote a book, Dr. Paley's Foolish Pigeons & Short Sermons to Working Men, hoping to advance the spectacularly radical policy of eliminating all taxes on labor, including wage and sales taxes, and instead to shift the entire burden of operating government onto landholders. After all, Kate argued, since society creates land values, why should labor and capital be taxed to provide governmental services while landholders are free to collect that very value as ground rent? Absurd, charged Kate. A double indemnity.

It may be that Ms. Kennedy's passionate advocacy lay rooted in her formative years in Ireland. She was born there in 1827, the year before the English ban on educating the Irish was lifted. She and her elder brother participated in the nationalist movements of the times, but when the potato blight struck the island and the English colonial army enforced the payment of land rents to the 3,000 or so Englishmen who held title to most of Ireland, the Kennedy family despaired of the people ever gaining independence. Over a million Irish starved to death while nearly all produce in Ireland was taken up as rent. The Church called this fate the will of God and so Kate left Catholicism and Hibernia all at once in 1849, first stopping in New York, then coming on to San Francisco in 1856.

Surely here was a woman who strove to reshape not only San Francisco's, but the nation's sense of citizenship.