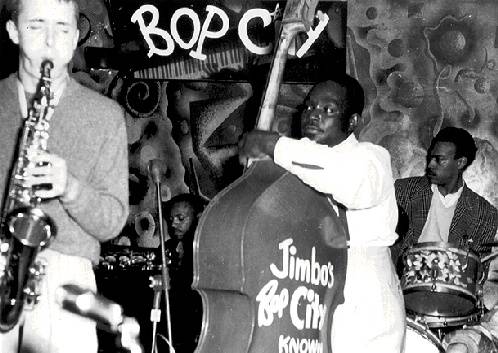 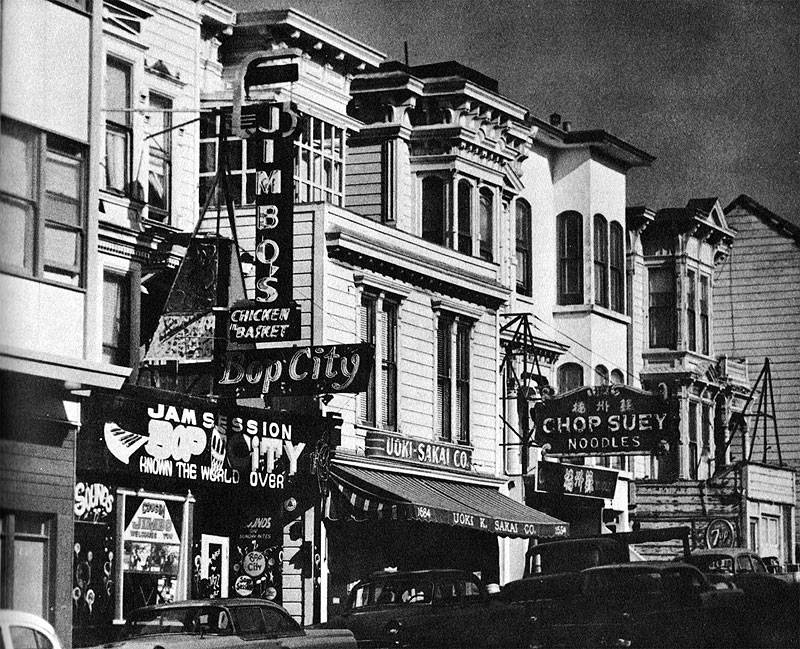 It was even earlier in the dawn of the women's liberation movement—the 1950s jazz scene was a boys club if ever there was one. Most of the female population at Bop City was in the audience. Some were students and waitresses, some were working girls, and others were aspiring singers. At one time or another, all the top female jazz singers in America made it to Jimbo's Bop City, including Billie Holiday, Ella Fitzgerald, Dinah Washington, and Sarah Vaughn. But relatively few women instrumentalists were to be seen and heard in the jam sessions.

—Excerpted from "The House That Bop Built" by Carol Chamberland, from California History Magazine, Spring 1997