Originally written as a Masters Thesis, this is the second of sequence of pages adapted from the full thesis.

"During recent years the San Francisco Bay Area developed rather suddenly into one of the major centers of electronics research and industry in the United States. To those who knew the background it seemed a natural evolution in a region that has been the scene of radio and electronics pioneering since early in the Century."
—Frederick Terman, from preface in Morgan (1967) The First Ship-to-Shore Radio Transmission, 1899 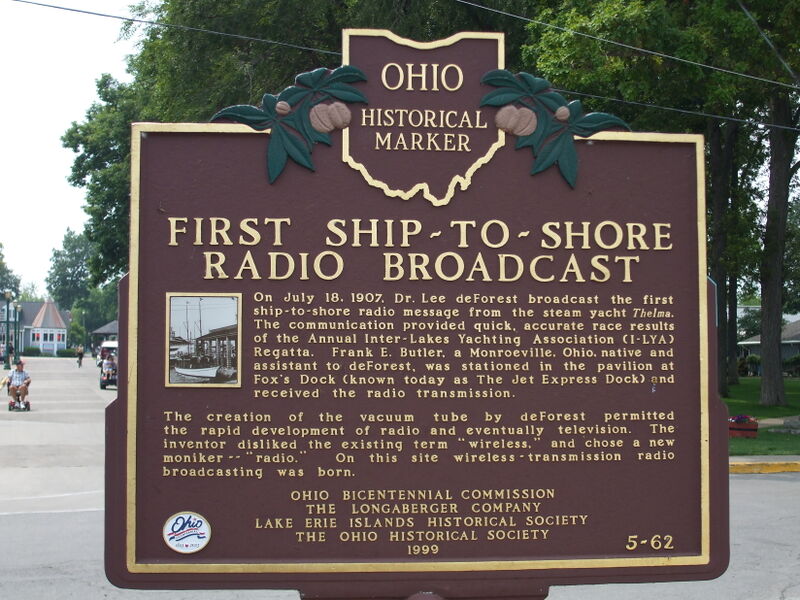 An historic plaque in Ohio, miscommemorating the first ship-to-shore radio transmission, which happened in the Pacific in 1899.

The earliest example of skills from the "oasis" being applied to electronics coincides with a project that resulted in the first ship-to-shore radio transmission sent in the United States on August 24, 1899.(9) The purpose of the project was to give advance warning to the residents of San Francisco about the arrival of troops on their way home from an easy victory in the Spanish/American War, fought in Manila Bay over control of the Philippines. A team was assembled, consisting of the Sacramento Western Union circuit manager, an employee of California Electric Works, and the Chief Engineer for the Spreckels Company, to develop the wireless system (Morgan, 1967).

When the ship was sighted by a team member stationed on a lightship anchored outside the Golden Gate, a morse code signal was sent to a receiving station located at the Cliff House, a social club on the coast of San Francisco. When the message was sent, huge arrays of electric lights were turned on, fireworks were lit, parades were begun, and celebration ensued throughout the city. The team was funded by the J.D. Spreckels and Brothers Company, a sugar importer based in San Francisco with interests in Hawaii, where sugar cane was raised. The Spreckels family also owned the local newspaper, The Call, that was to receive to message from the Cliff House and set off a cannon to alert the city to begin the celebration in order to "scoop" the San Francisco Examiner, a newspaper owned by William Randolph Hearst (Morgan, 1967).

It seems likely that the Spreckels' interest in this project went beyond beating out a rival newspaper. The sugar business was highly dependent on Pacific shipping in order to get its raw material to San Francisco for processing. Furthermore, the intent of the United States to dominate the Pacific Basin politically and militarily, signaled by the Spanish/American War and the annexation of Hawaii, was certainly in the interest of Spreckels. (Brechin, 1990) Ship-to-shore and shore-to-shore wireless communication was soon to make shipping safer and allow increased commerce in the Pacific, but more importantly, these communications systems enhanced United States military interests in the Pacific. 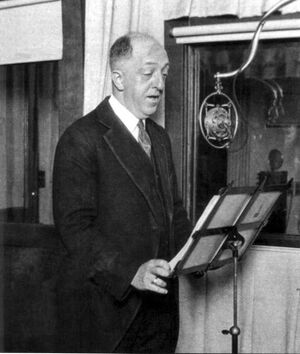 The first radio station in the United States with regularly scheduled programming was set up in 1909 in San Jose by Charles Herrold. At first, since off-the-shelf radio receivers were not widely available until the 1920s, he gave receivers away to farmers and townspeople within range of his station. The station had no call letters—Herrold would simply say, "This is San Jose." "Doc" Herrold had spent three years at Stanford, and soon after he established the Herrold College of Engineering and Wireless in the Wells Fargo building in downtown San Jose, where he also located his radio station. During World War I, more than 1,000 wireless operators trained there. He used his station to advertise his school, play music, and provide weather reports and crop news to farmers in the Santa Clara Valley. His programming also included a special program for "hams" (Morgan, 1967). 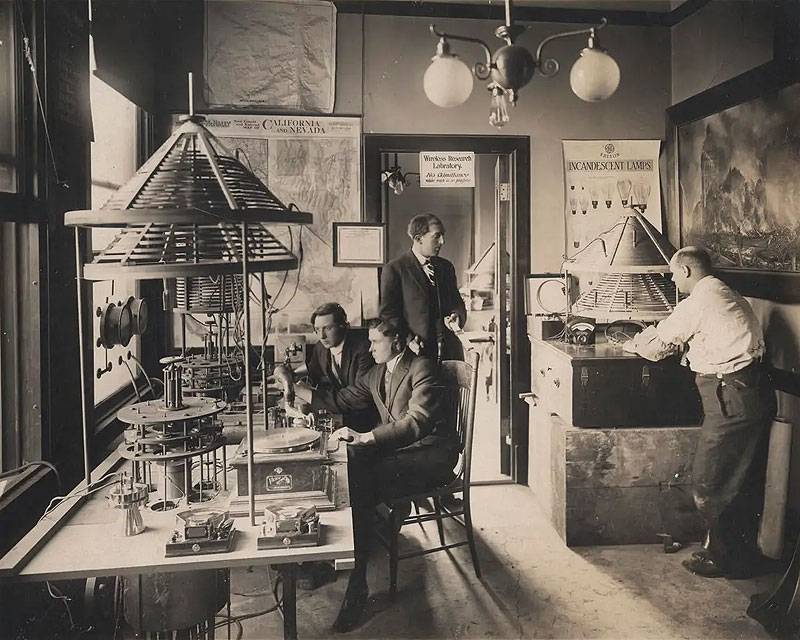