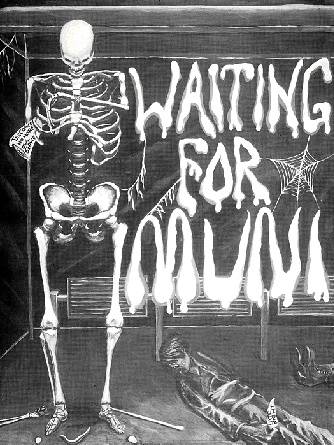 Oscar Grande, longtime organizer with PODER and lifelong resident of the Excelsior District in San Francisco, discusses the politics of bicycling and gentrification as it impacts immigrant communities and their use of the bicycle, along with a larger discussion of greenwashing and social justice.

Transportation is one of the primary arenas in which wealth is transferred from the majority of the population to the wealthy few. Independent of the state of mind of the participants—whether captains of finance or office workers, industrial titans or factory wage-slaves—the process of wealth formation and its eventual concentration in the hands of a few is a process that offers a framework to understand the deeper meaning of the recent "uprising" of bicyclists in San Francisco and around the world.

A lot of folks are still shocked by the heavy-handed rhetoric of Mayor Brown this past summer, condescendingly attacking bicyclists as "weenies" too weak to resist his allegedly tough friends (who wouldn’t have hesitated to leap out of their cars and destroy any bikes in their way!), and dismissing any legitimacy claimed by cycling advocates. He ordered the police crackdown in July and it caused the now-infamous "Stonewall" of bicycling during the July 25, 1997 San Francisco Critical Mass. While 99.9% of cyclists were peaceful, the police attacked dozens of innocent cyclists as they stood awaiting instructions at Powell and Market, as well as during the illegal arrests at Sacramento and Montgomery. Local and national entertainment corporations claiming to be sources of "news" trumpeted false claims of 250 arrests and wildly exaggerated claims of "bicycling hooligans on a rampage," when it was really the police and the mayor who sponsored the violence and illegal behavior that night. Mayor Brown gave vent to his patriarchal rage in several interviews before and after the July Critical Mass about the petulant bicyclists who should be grounded and have their bikes taken away, until finally he realized he was digging himself into an impossible public relations hole and zipped his lip.

But why have bicyclists inspired such antagonism and fear on the part of the local political establishment? In part it’s because we’ve invented a new style of politics, one that doesn’t seek the participation or consent of the state to validate our activity. Mayor Brown rejects Critical Mass as a political expression because we don’t fall on our knees and ask the state to sanction our "protest" by arresting us. Forget that! But we’ve also inoculated Critical Mass against the logic of "loyal opposition" in which a hierarchical organization sends its leaders into closed meetings to strike a "deal" over some tepid reforms, handing Mayor "Build on Every Square Inch of Available Space" Brown a public relations coup. He can’t find any leaders to negotiate with, he can’t nail down the demands in order to bargain them into insignificance, and he can’t guilt-trip us into playing by his rules. He faces constant and incessant pressure and politicians hate that more than anything!

Still, we must wonder, why is this having such an impact? We have to break loose from our overwhelming amnesia to get a handle on it. Transportation politics has evolved a long way since the first trains inched across North America. In fact, it was that first Transcontinental Railroad that broke the back of the 8-hour day in San Francisco. (Enjoying a labor shortage in the post-Civil War era, skilled white workers had largely forced their employers into accepting the long-sought goal of the working class movement, the 8-hour day...the railroad brought thousands of unemployed workers from the east coast, as well as the newly unemployed Chinese workers who had built the railroad. The roots of San Francisco labor’s endemic racism can be traced back to this period. By 1872, the 8-hour day had largely been overcome by the employers, and the 12-14 hour day was again the norm in San Francisco.)

The trains were built with huge land grant subsidies by the federal government (a subsidy from the taxpaying public, i.e. workers); the 19th century history of railroads and robber barons is well documented. Moreover, the trains introduced entirely new patterns of urban growth, farming, real estate speculation, and market relations. This broke down long established patterns of craft production and stable urban and rural communities. Over and over, new technologies are introduced for their ostensible rational efficiency and have the related effect of disrupting and profoundly altering the human communities they are supposedly designed to serve. One of the major impacts of new forms of production, transit, communication, et al, is to regroup workers into new forms of cooperation and association. This in turn creates space for new types of organization and opposition.

The newly industrialized United States discovered this in the near National General Strike known as the "Great Uprising" of 1877, which was prompted by a walkout of rail workers in the Baltimore and Ohio railyards of Baltimore, soon spreading throughout most major cities of the east and midwest. San Francisco, too, had a brief work stoppage at the Southern Pacific terminal at 3rd and King Streets, while railway workers sabotaged trains in the vicinity of Sacramento in solidarity with the strikers back east. In 1894, the American Railway Union staged one of the biggest strikes in American history, shutting down rail traffic across the country. These strikes helped the owners of business see their vulnerability; in the organized chaos called the "marketplace" pressure was developing to decentralize transport for many reasons. The prominent motives creating "demand" for new forms of transit were the chokehold organized labor could one day exercise over the rail system (this motivated even the big railroad owners), while many smaller businessmen and farmers opposed the chokehold over their products and business enjoyed by the big railroads themselves.

As is so often the case in the history of industrial capitalism, technological changes appeared and as they were more widely adapted, they changed important aspects of the confrontation between capital and labor. In the late 1800s, the bicycle was enthusiastically embraced by people from many classes. In particular, women found an unprecedented freedom from the social constraints of 19th century life in bicycling.

As Mrs. Reginald de Koven wrote for Cosmopolitan magazine in August, 1885, "To men, rich and poor, the bicycle is an unmixed blessing, but to women it is deliverance, revolution, salvation. It is well nigh impossible to overestimate the potentialities of this exercise in the curing of the common and characteristic ills of womankind, both physical and mental, or to calculate the far reaching effects of its influence in the matters of dress and social reform." The bicycle was seen as a cure for women who suffered from the cultural diseases of the era—hysteria, vapors, and nerves—that were brought on by stiflyingly tight corsets and social manners. 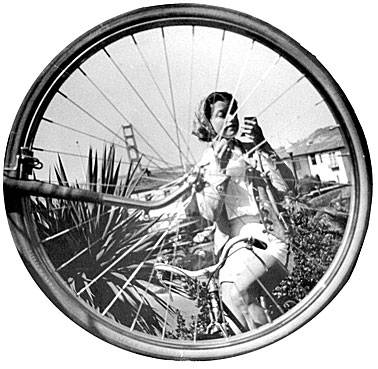 But the bicycle did more than provide a new degree of personal freedom. What we can only recognize now, in long hindsight, is the way the bicycle set the stage for the automobile which came along in the early decades of the 20th century. (It is a curious irony that San Francisco had a demonstration of 5,000 bicyclists in 1896 ride up Market Street demanding good roads and asphalt!) The bicycle broke individual transit dependence on the biological constraints of the horse, and also started a decades-long process of eroding the monopoly power of the railroads.

The railroads depended on controlling rates along their lines, and utilizing as much capacity as possible. That is, they needed to have trains as full as possible, charging as much as they could and still ensure that the trains were full of goods or people. As competitive lines opened along the major corridors, profits fell, and the enormous investments in railroads began to be devalued. The private car squeezed the passenger business, and trucks began to eat into the shipping side. By the mid-1920s intraurban trolleys were no longer profitable. So what happened? The local government went in and bought them, giving the private owners a good chunk of money on their way out of an unprofitable business.

Meanwhile taxpayers were also paying for the new infrastructure of asphalted roads. Ford and the other auto makers, along with oil, rubber and steel companies, enjoyed booming sales and enormous profits as Americans embraced the car. Profits in these industries were siphoned off the top, with the "true" costs of building and maintaining a huge infrastructure of roads and highways (not to mention medical and funeral costs from the increasing rate of fatal accidents associated with transportation) absorbed by the working public; meanwhile, individual workers privately accepted a huge cost burden of the transit system by embracing the private ownership (with its associated maintenance and fuel bills) of the vehicles by which they would get to work and do their shopping.

Public discussion about public transit departs from the fact that—bizarre as it may seem to some of us—it should "pay for itself" from fares! Transit absorbs money from the working class two ways: by charging ever increasing fares and demanding ever greater amounts of tax subsidies. Rare attempts by liberals to restructure the tax base of public transit to get the real beneficiaries of the system (the large companies by and for whom the public transit lines are designed) to pay more, are invariably "derailed" by claims that it will cause the rich guys to take their businesses and run away to a place happy to get reamed, just to have "jobs," which allow the circle of exploitation and suffering to be complete.

Those of us who reject the "deal" foisted upon us by corporate America and seek autonomy are increasingly turning to bicycling. The personal advantages of bicycling have been well and often stated within the rich xerocratic heritage of San Francisco’s Critical Mass. In fact, the enormous increase in bicycling over the past five years is probably Critical Mass’s greatest contribution to the quality of life in San Francisco. Second, Critical Mass has successfully pried open a unique public, political space. In this new space, people are meeting, hatching plots, germinating ideas, experimenting with different tactics, and exploring strategy and philosophy. The hunger for real political opposition and an affirmative vision of a life worth living is reinforced and extended by Critical Mass.

But lost in the shuffle is the role of bicycling as a radical rejection of the capitalist transit deal. We Won’t Pay! When you cycle you are also engaged in a brilliant act of what the Italians call "auto-reduccione" or self-reduction. (In the 1970s, Italian housewives, fed up with inflation, invaded supermarkets by the hundreds and seized goods for free, in what became a widespread movement of self-reduction.)

At this point, bicycling is still a legal act, but make no mistake, it is a major threat to the larger dynamics of class exploitation that lie at the core of transportation politics in the United States (and in most of the world, for that matter). By bicycling, the individual drastically reduces their personal cost of living—it also reduces the extent to which one continues to voluntarily participate in the hyper-exploitation of the transit system, which steadily transfers wealth from the bottom to the few hands at the top. Incidental benefits accrue as well: personal autonomy, solidarity, face-to-face experiences that promote convivial community, better health, etc.

We know we like bicycling for lots of personal reasons. What we forget (or may never know) is that we are in the trenches of the class war, too, and our new mobile army with its mysterious, opaque ability to appear as an "organized coincidence" strikes fear into the beneficiaries of this madness we call "normal life."