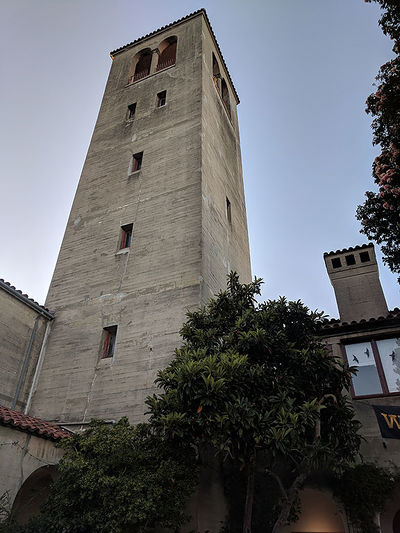 The Tower at the San Francisco Arts Institute, 2018. 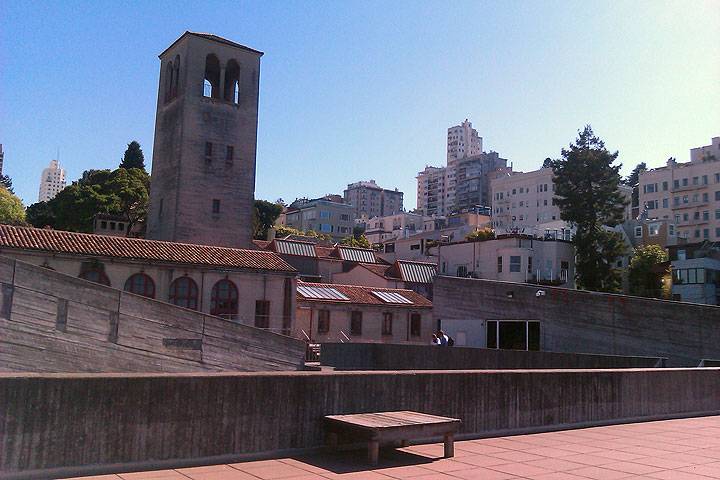 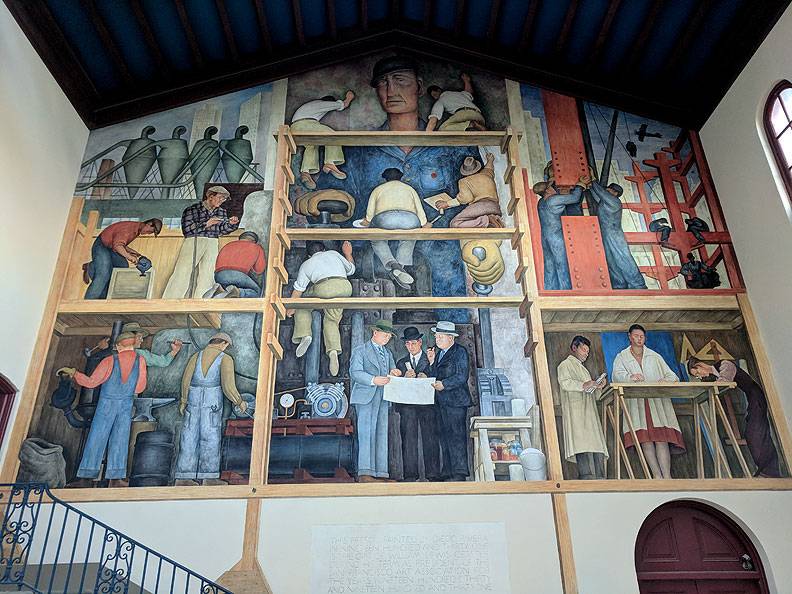 One of several controversial Diego Rivera murals in San Francisco, this one is inside the Art Institute on Chestnut Street.

Someone's been haunting the San Francisco Art Institute Bell Tower, and it sure ain't Quasimodo. Something is happening at the SFAI tower, where weird noises, ghostly footsteps, door openings-and-closings, electric lights and tools shutting themselves on and off, and miscellaneous eldritch weirdness have been alternately mystifying and terrifying students and staff since at least the 1940's.

The tower, and the rest of the Art Institute, was built in 1926; the building is considered a first-rate example of the 1920's Spanish Colonial revival style. But from the moment the Institute opened its doors on January 15th, 1927, students thought something about the tower wasn't quite right. In 1947, art student Bill Morehouse, later a professor at Sonoma State, was living in the tower and acting as night watchman. During his first night in the tower as he lay in bed, he heard doors opening and closing downstairs: "I listened to the footsteps climbing to the first level, then to the second and finally to the third. The door knob turned and the door to my room opened and closed as though someone had entered... I saw no one but heard footsteps passing through the room, turning, then walking back to the door. The knob turned, the door opened and closed and the footsteps continued to the observation platform." The rest of his tenancy was marked by repeated encounters with the invisible entity.

Wally Hendrick, ex-faculty member, told how he was working late one night when suddenly all the tools in the sculpture studio went on, but nobody was there. Countless others have had similar experiences. Then in 1968, the ghost turned nasty. The Art Institute instituted a 1.7 million dollar construction project. Its focus: the mysterious tower, which was to be renovated to house the Institute's Art Bank Collection. Apparently the ghost liked the tower the way it was. As construction commenced, a plague of evil weirdness descended upon the students who worked on the night maintenance shift. A bad motorcycle accident, a case of polio, a family tragedy, and similar bad news had the students at their wits' end. The construction was delayed several months by a chain of snafus and near-fatal mishaps. The ghost even started smashing up furniture.

A crew of psychic ghostbusters was called in, and a seance took place in the tower. The spirits were contacted, and guess what? The problems weren't coming from any particular ghost, but from the collective psychic energy of generations of frustrated art students: "So many artists with such grand designs that never got anywhere ... so many trying to put their ideas on canvas ... many projects uncompleted." (Haunted Houses of California) 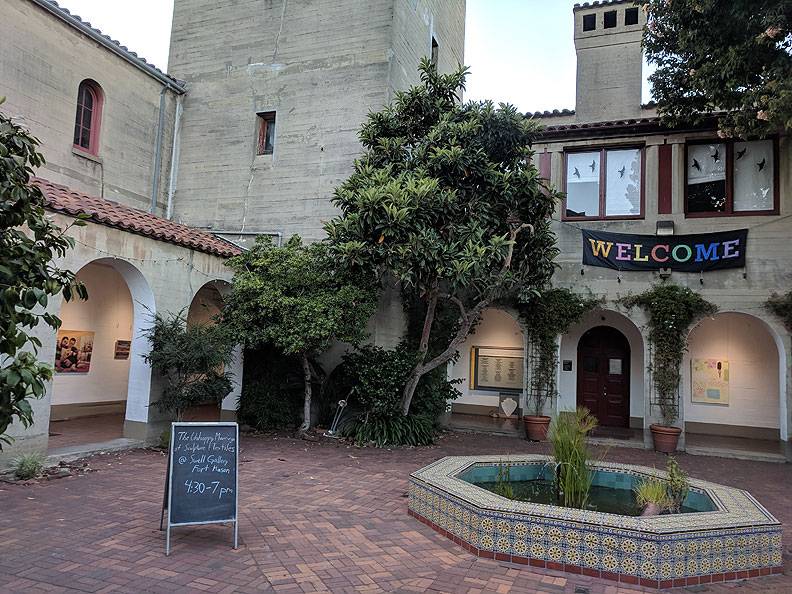 The bucolic courtyard at the foot of the tower at the SF Art Institute.