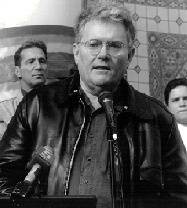 Harry Britt was appointed to fill Harvey Milk's seat after Milk's assassination. He stayed on the Board of Supervisors for more than a decade and then taught at New College of California.

The history that affected the reality that I saw around Harvey Milk, signifies the emergence of power for people who have been defined as other than human. The first is precisely the history of resistance, and [especially] the black civil rights movement. Simply because that movement can never be overstated in terms of what it did to a country that is totally structured around white male power, and gets forced to deal with a reality which we still haven't dealt with, but it affected all of us. And I think the women's movement certainly did as well.

It began with Rosa Parks' refusal to sit at the back of the bus. I see that refusal as a statement that there must not be a place anywhere where African-Americans cannot go. It may not be that I want to sit in the front of the bus, the conversations may be better in the back of the bus where the black people are. But there must not be a place where African-Americans cannot go. The courts, the congresses, the chambers of commerce, all kinds of places that any self-respecting person might not have the slightest desire to go to, but you've got to go there. Because to allow there to be a place where you cannot go is to honor a history that denies your own.

When Harvey was trying to get us as a community to participate in what they called mainstream politics, it was NOT because he had some sort of illusion that we would be welcomed into the club and offered a chance to fulfill ourselves, but it's because he deeply resented the notion that there could be places of great power that affected our lives, that we could not enter. And he understood somehow that going there, being there, would make a difference. Everybody knows that Harvey said, when we go to City Hall we always walk up the front stairs, because that's a way of asserting our presence, of challenging our history and asserting our own.

Another really neat thing about that period of history, that greatly affected the ability of lesbians and gay men to develop a political presence in San Francisco, was the national phenomenon called white flight. The movement from the inner cities over all the country, of some of the racist population, which created a political vacuum. That vacuum which was created is what empowered the Hispanics in San Antonio and Denver, empowered African-Americans in places like Washington DC and Chicago, and created possibilities for new histories and vibrant political expression to come forward.

Another important part of the theatre of the '70s for gay people in San Francisco was the unacceptably comfortable behavior... the assaults on us that made it very hard for us. Gay people, who like many other people don't have a lot of faith in the system, still basically came to San Francisco to be left alone, not to change the world. But in June of 1977 we had the predation of Dade County, Florida, where Anita Bryant spewed her bigotry, and I think more important than Anita herself was the reaction of the good people of Florida who supported her. And even more painful in terms of our local organizing effort was the murder a few blocks from here of Robert Hillsborough. Death in an insulting kind of way generated a sense of anger that was very hard to contain.

And the other factor, of course, was Harvey Milk. 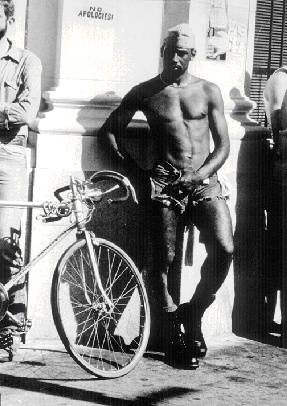