by Mary McCann, originally published in The Noe Review, March 1997 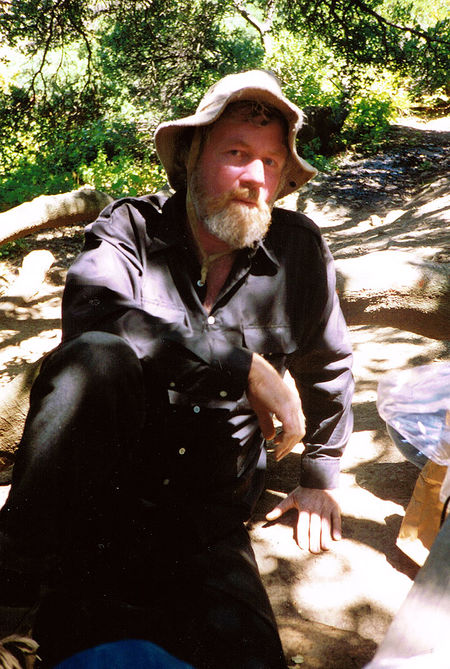 David Schooley, photographed here in 1994, is a decades-long veteran of the struggle to save San Bruno Mountain.

San Bruno Mountain is considered "Protected Critical Habitat," so no development is allowed, unless provided for by an exception permit, called a "Habitat Conservation Plan" (HCP) under Section 10a of the Endangered Species Act.

The name "Habitat Conservation Plan" sounds positive, but the evidence in the case of San Bruno Mountain clearly indicates that this agreement has allowed the destruction of endangered species habitat without ensuring subsequent restoration.

Section 10a originally allowed developers to destroy endangered species and their habitat as an "incidental take" only if the destruction would somehow "enhance the species' survival." However, it is no longer necessary to prove the destruction enhances survival, just that effort was made to minimize the impact of such destruction.

The 1982 San Bruno HCP was billed as a "compromise" agreement between the County of San Mateo, the developers, the local cities of Brisbane, Colma, and Daly City, a faction of the Committee to Save San Bruno Mountain, and the U.S. Fish and Wildlife Service, who is responsible for protecting the federally-listed endangered species living on San Bruno Mountain.

HCPs require those who profit from development to fund habitat restoration, and it mandates the creation of new habitat on nearby land, primarily by transplanting host plants, such as lupine in the case of the Mission Blue butterfly on San Bruno, into places it has never existed and has not been proven to be able to exist. There is no requirement that an HCP be tested or supported scientifically.

On San Bruno Mountain, there has been no successful endangered species habitat restoration even after fifteen years.

Much of the failure of the San Bruno HCP could have been predicted by the way in which it was created and implemented. This "compromise" agreement was made between federal and county officials and profit-seeking developers without proper consideration for many of the public voices vying to be heard. Several prominent local naturalists, scientists, and environmental organizations who were intimately familiar with the ecosystem involved went on record as protesting the HCP agreement.

There was no Environmental Impact Statement, only a biological assessment that was written after development plans had already been made. Not surprisingly, this "biological" study did not conflict with the development plan. There was no independent scientific endorsement of this plan. Even the biologist whose research was cited in the biological study opposed it and formally protested, claiming his work was misrepresented.

In fact, the San Bruno HCP was based on a construction and preservation design submitted by Thomas Reid Associates, the contractor awarded a 30-year management contract to implement the HCP. The plan's author said that destroying the habitat involved is not a significant threat. Now, as the county's environmental consultants, they are entrusted with enforcing the Endangered Species Act (in lieu of the U.S. Fish and Wildlife Service).

Local grassroots activists repeatedly, yet unsuccessfully, went to court in an effort to stop the HCP from being implemented. Since implementation, new problems have arisen. Construction has introduced and increased the spread of non-native plants, which threaten endangered species by destabilizing the current ecosystem. Despite a few developer-sponsored attempts, there is no systematic, consistent effort for removal of non-native plants-except by local activists. As construction increases, it's cumulative impact magnifies such problems.

Nevertheless, the HCP has allowed the county to approve more development. Recently, they permitted SunChase Development Corporation to move forward on the Terra Bay development project on the mountain's South Slopes, which involves the addition of hundreds of homes, as well as a high-rise hotel, a high-rise tech center, a 2-story parking garage, and additional freeway scissors ramps. Another construction approval was granted to Watson Communications to double the number of satellite dishes and to build additional dwellings on their property on the summit. Somehow, the county even sold 20 acres of previously protected land to AMLOC for a quarry and public dump in Colma. This sale occurred during a brief "window amendment" period when fewer signatures were required for approval.

The San Bruno HCP lasts for thirty years. In fifteen years, no independent government-sponsored monitoring of restoration results has occurred. The original HCP required that habitat restoration be completed by March 1997, in order to be considered successful. However, earlier this year the county extended that deadline ten years. Developers are further protected by a "No Surprises" clause, in section 10a of the Endangered Species Act, which prevents any new environmental protections from being added to an HCP. Thus far, development on San Bruno has destroyed over 28% of rare and endangered butterfly habitat.

The San Bruno HCP has significance far beyond the Bay Area. It was the first HCP issued in the country and was used by Congress, in 1982, as the justification for passing Section 10a of the Endangered Species Act. The San Bruno HCP is being used as a test case for non-public lands hosting endangered species, a "model for the nation," yet not one square foot of new butterfly habitat has been created. Since 1982, based on this flawed precedent, approximately 200 more "incidental take" HCPs have been issued nationwide. None have proven to be successful in re-creating viable habitat for the species threatened.

Meanwhile, the list of threatened species is growing. Nationwide, 623 plant species (an additional 96 are proposed), 444 animals (an additional 29 are proposed), and 123 critical habitats (8 more are proposed) are federally listed as threatened. Since 1982, more than one-third (33%) of all endangered species show declining populations, and three percent have become extinct. When we measure our collective ability to safeguard life, such ominous numbers must serve as a warning.

Even the person who most sincerely desires to support workable compromises between the conflicting interests of developers and our diminishing natural habitats must concede that HCPs provide a deadly loophole. These "conservation" plans clearly thwart the intent of the Endangered Species Act and lead to a degradation of our lives as well. 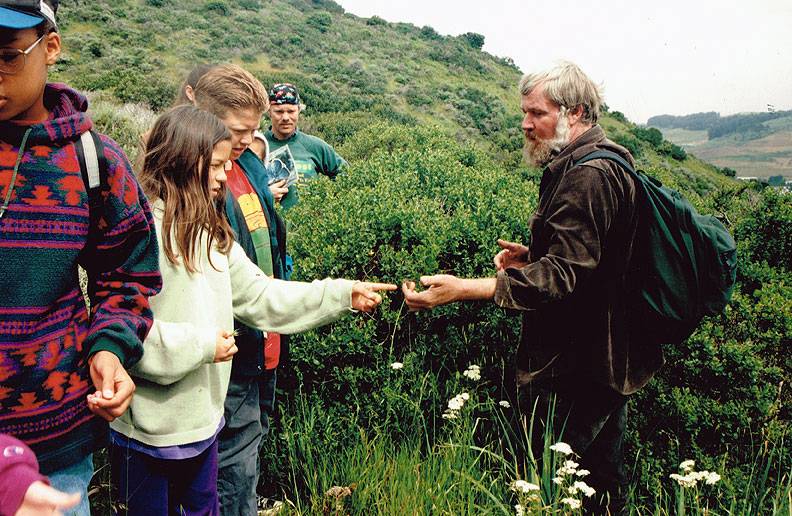