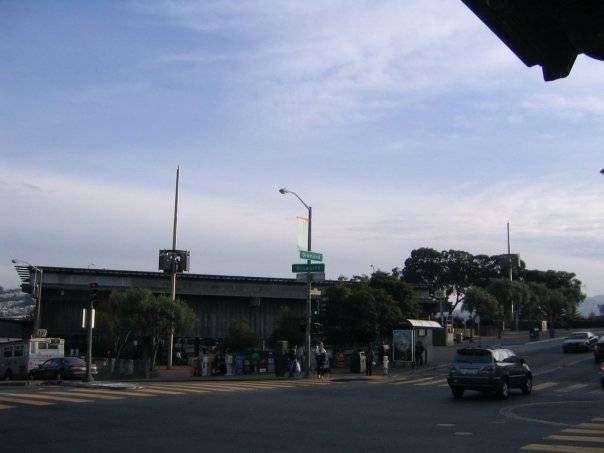 The Glen Park BART station from the far corner of Bosworth and Diamond Streets. The brick circle in the street at the right edge of the street is a cistern that holds water to fight fires if water pressure in the City's hydrants is lost in an earthquake.

Glen Park Station is the most beautiful station in the BART system.

It was designed by Ernest Born with Corlett & Spackman. Ernest Born was a Bay-Area architect and an accomplished artist and illustrator. He spent a decade collaborating with author Walter Horn to produce the 1979 Plan of St. Gall, which Born illustrated. Born designed Glen Park and Balboa Park stations for BART, and also designed the font for BART's original signage. 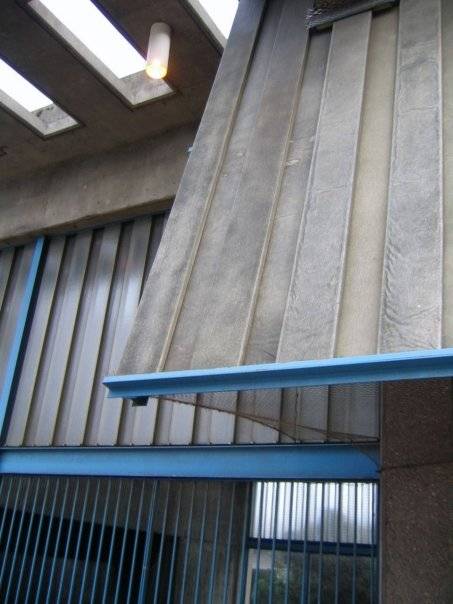 Glen Park station is designed in the same brutalist vernacular as BART's original stations, but has a beauty and inner calm that none of the other stations achieve. Born used the materials of the station – concrete, marble, granite, glass, stainless steel, and fiberglass – with great finesse. 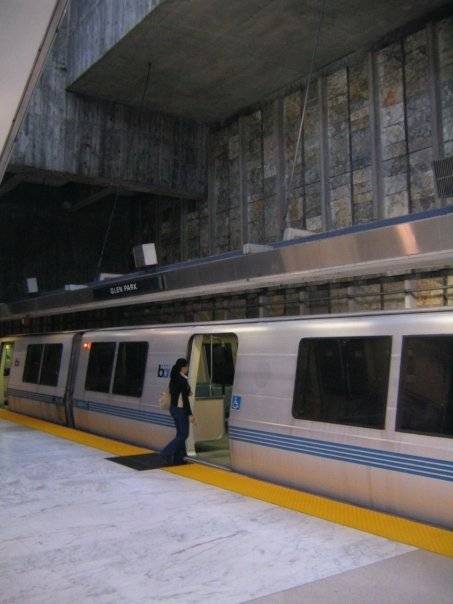 The station is also beautifully lit. For the platform, Born devised what he calls a "utility beam", a beam suspended above the platform edge that carries lights, speakers, and other utilities. The utility beam delivers light directly where it is most needed (the platform edge) and elegantly solves the problem of running electrical conduit. 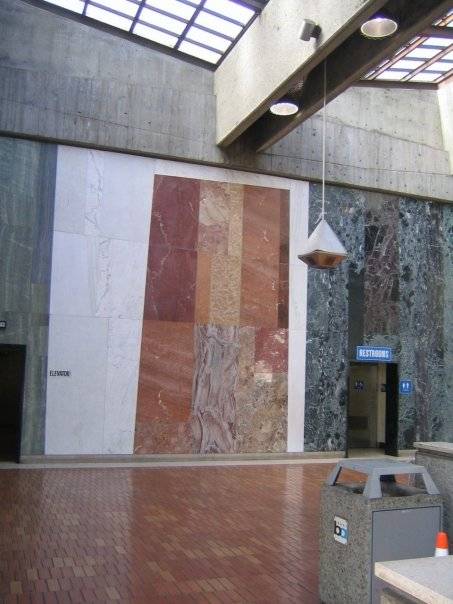 The mosaic wall of large of marble panels designed by Ernest Born. It has few right angles. The speaker hanging from the ceiling is designed to prevent pigeons from perching on it.

The Carrara marble floors of the platform make it bright and inviting, but the dark marble and concrete walls of the platform, together with the huge arches at its center, make it feel cool, timeless, and mysterious, like a Romanesque church. 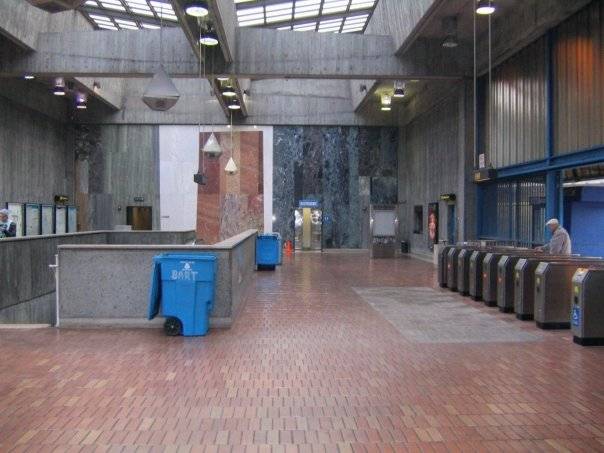 View of the station concourse.

The concourse level of the station is brightened by glass walls and an inverted skylight. The south wall of the concourse is a huge mosaic, made up of panels of green, blue, red, and white marble. None of the panels in the mosaic, which Born designed, are at precisely a right angle. 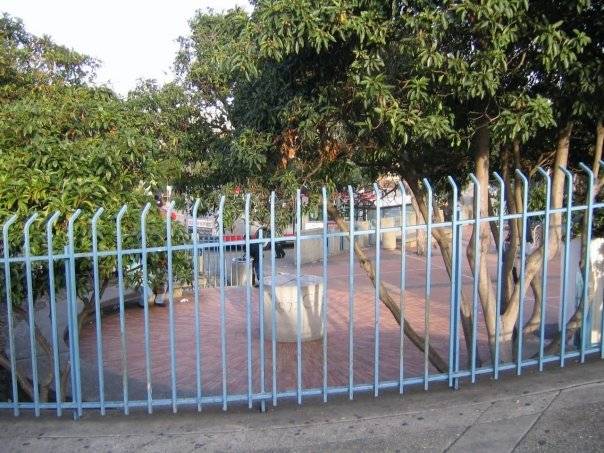 View of the brick seating area at the corner of Wilder and Bosworth. The granite cylinder in the center has the inscription "Glen Park Station" carved on it, in calligraphy designed by the station's architect, Ernest Born.

The station's plaza could be a fine open space, but lacks physical and visual connection to Diamond and Bosworth streets. I think every BART station should have a fine public space attached to it, and hope that we can get San Francisco's Planning Department to finish the long-stalled Glen Park Plan. Completing the plan will allow BART and the City to improve Bosworth and Diamond streets, and better connect the plaza to them.

Balboa Park Station, designed by the same team, is Glen Park's homely sister. Many of the elements which make Glen Park so wonderful are present there, too, and the station improvements BART and the City are making or planning over the next few years can liberate the station's latent beauty, and create the great streets and public spaces that will connect it to the surrounding neighborhoods, and transform it into a center of community life.

Tom Radulovich serves as an elected Director of the San Francisco Bay Area Rapid Transit District, known as BART. In 2009 he has served on the Board for almost 12 years. He also is the Executive Director of Livable City, which works to make San Francisco a more livable, sustainable, and equitable place.