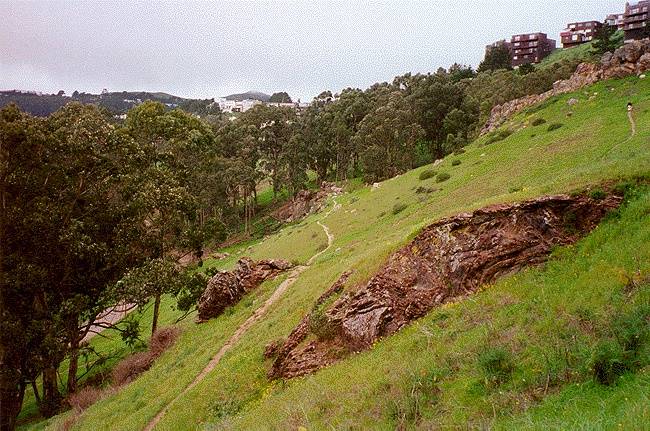 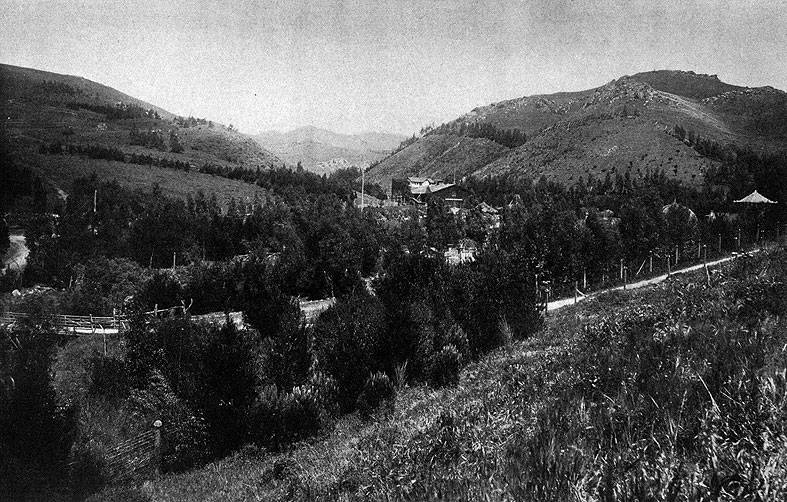 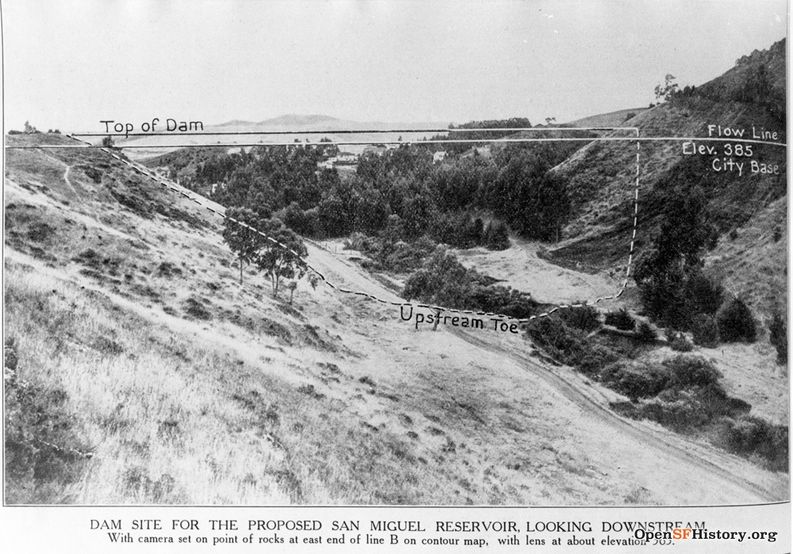 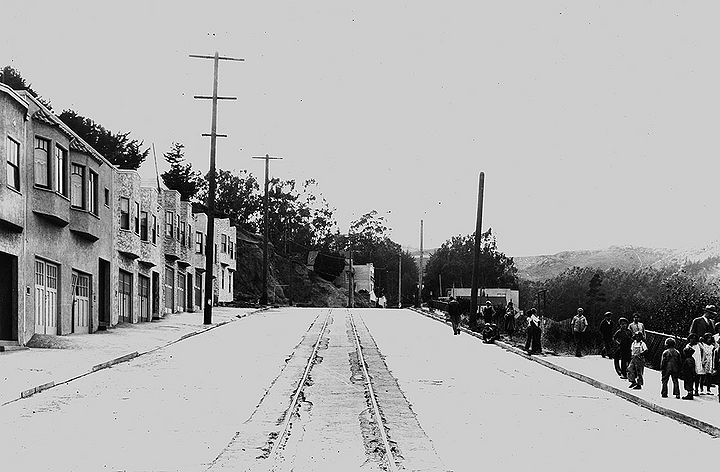 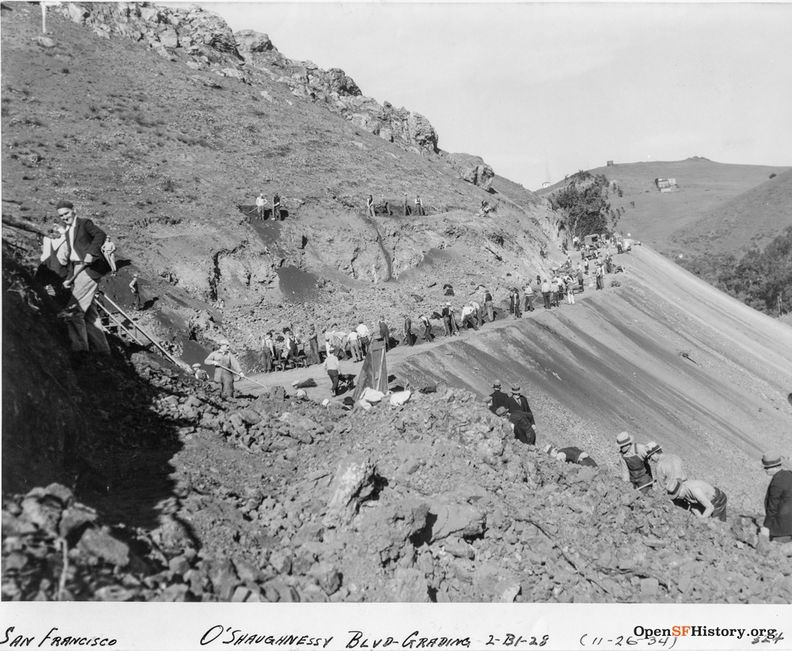 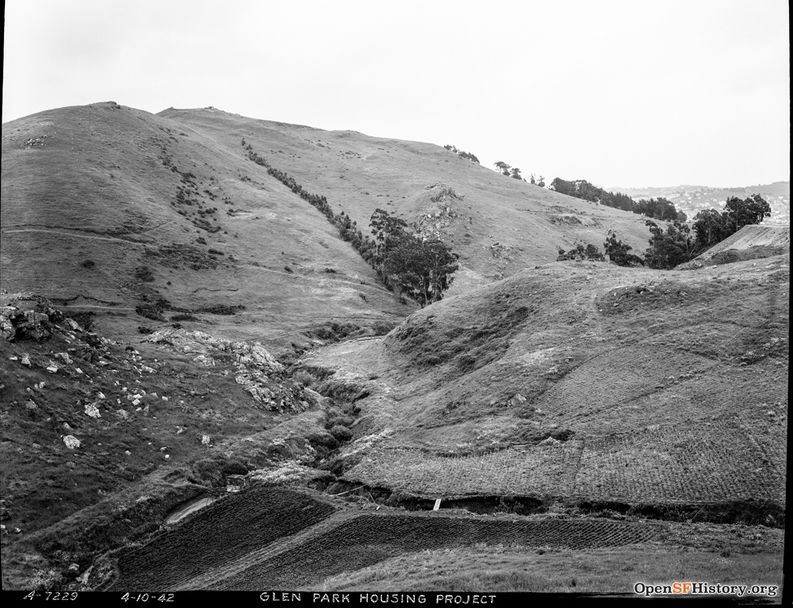 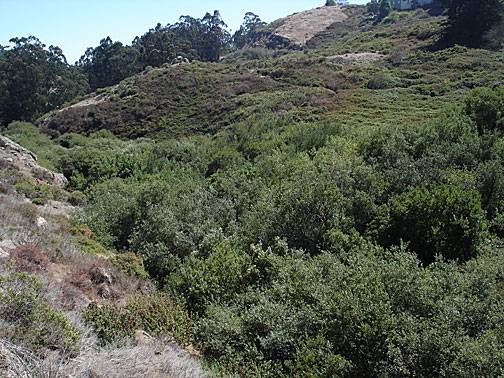 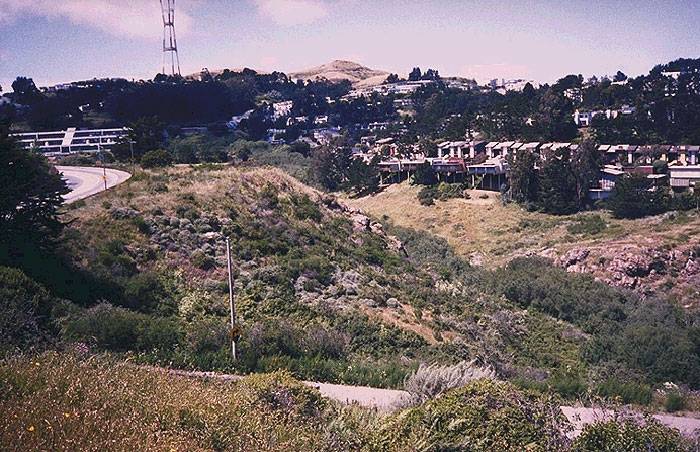 Glen Canyon looking northward. O'Shaughnessy Blvd. at left, Sutro Tower and Twin Peaks at top of photo. At the top of the canyon, Islais Creek begins its journey to the bay, one of two remaining open creeks in San Francisco. 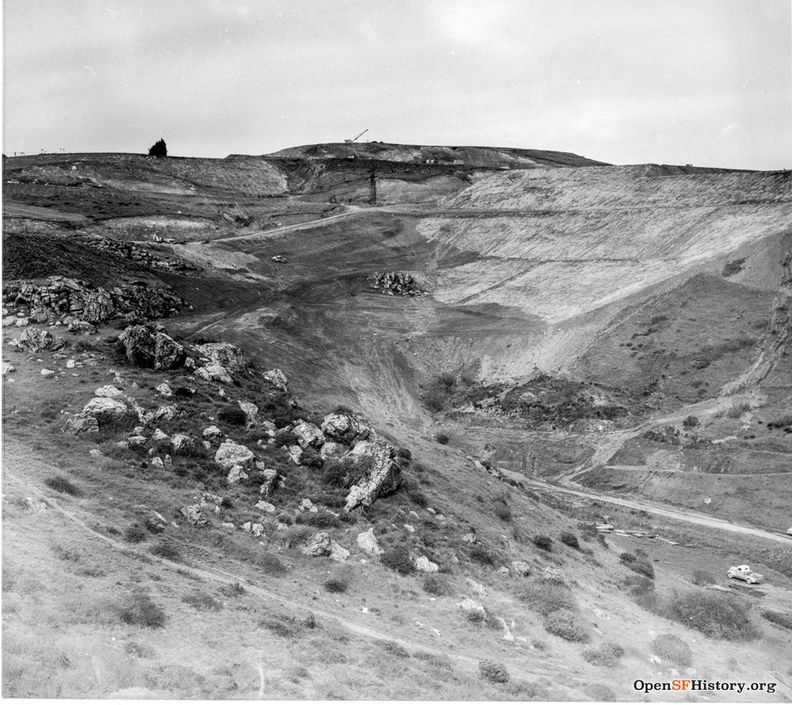 Glen Canyon below the Diamond Heights landscaping and leveling underway in 1961.