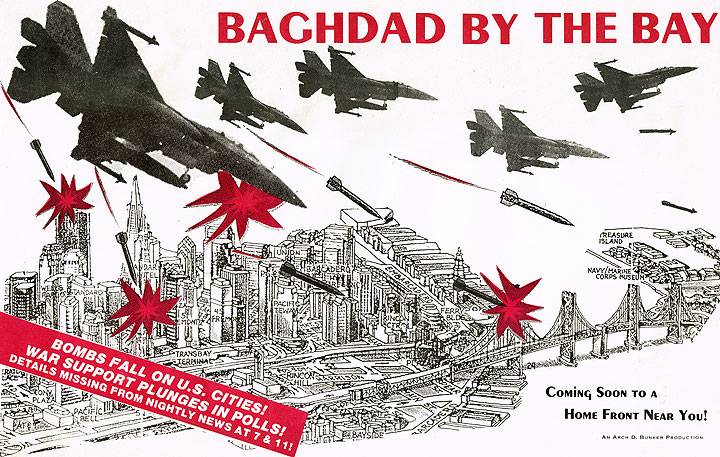 War erupts and along comes demands for "peace." Of course we all want peace, and justice, dignity, and all that good stuff. But what is this nice-sounding, but vague goal called "peace"? Is peace what we had before the invasion? Of course not. Since the end of World War II, the U.S. has dedicated a vast percentage of its wealth, resources, and working time to war. Korea and Vietnam involved direct U.S. military involvement, and Vietnam spawned a huge anti-war movement, now a vivid reference point for the new protests--and unfortunately, a source for nostalgic styles and slogans). How can a renewed peace movement actually dismantle the war machine, and not just stop a specific war?

Big war mobilizations of the U.S. death machine are only the most spectacular aspects of our normal way of life. This era has also seen CIA and military interventions in Guatemala, Greece, Chile, Angola, El Salvador, Indonesia, Nicaragua, Zaire, Cuba, Brazil, Panama, Grenada, Afghanistan, and the Dominican Republic, to name only a few. Cold War ideology justified all this saber-rattling and mass murder, but since Gorbachev's glasnost and perestroika undermined that, Bush has had to reach back to the Hitler metaphor to justify the New War Order.

To call for peace at this time demands a vision of a profound transformation of our society and culture. Iraqi surrender or an eventual standoff and cease-fire will not constitute Peace unless the U.S. military is completely demobilized and disbanded. (Some might maintain we need a skeleton force for defense of U.S. territory, but a 97% reduction in our military capacity would require the same political effort as its abolition, so the demands are not far apart.) Peace is not a matter of throttling back the arrogant, invasive U.S. war machine to its normal low gear.

And what of our "peaceful" daily life here in the U.S. when "our" military and spook agencies are merely skulking around destabilizing other countries? Do the millions of homeless find it peaceful? What of the black and Hispanic neighborhoods nationwide subject to the insane, hopeless, and possibly genocidal Drug Wars? In Los Angeles the vicious shock troops of the LAPD routinely barricade huge areas and maintain aerial surveillance with helicopters up to 19 hours a day (surpassing even the British Army's 8-hours-a-day aerial surveillance of Belfast).

What peace is there for the majority of Americans in jobs where they have no control over the purpose of their work, where they are subject to the whims and dictates of managers, and where their security is constantly threatened by speculators, corporate mergers, and runaway shops? Orwellian peace, in which millions of jobs are dedicated to producing guns, bombs, computers, military software, security systems, and so on. A perverse peace, served by a transportation system that takes over 40,000 lives a year, maims tens of thousands more, and wreaks irreversible ecological damage on our continent and our planet.

Peace means no more than the word "good." Our demands are hollow in the absence of a vision, and a shared vision of a demilitarized life is long way off. Asserting ourselves as a PUBLIC is a crucial first step. Can we continue the remarkably creative outpouring of protest, establish our own language and forms of self-organization, find the tolerance and trust to dismantle the institutions of barbarism, and remove the madmen (and occasional mad women) from their drivers' seats? We have an awful lot to do, and the time is getting shorter by the day. 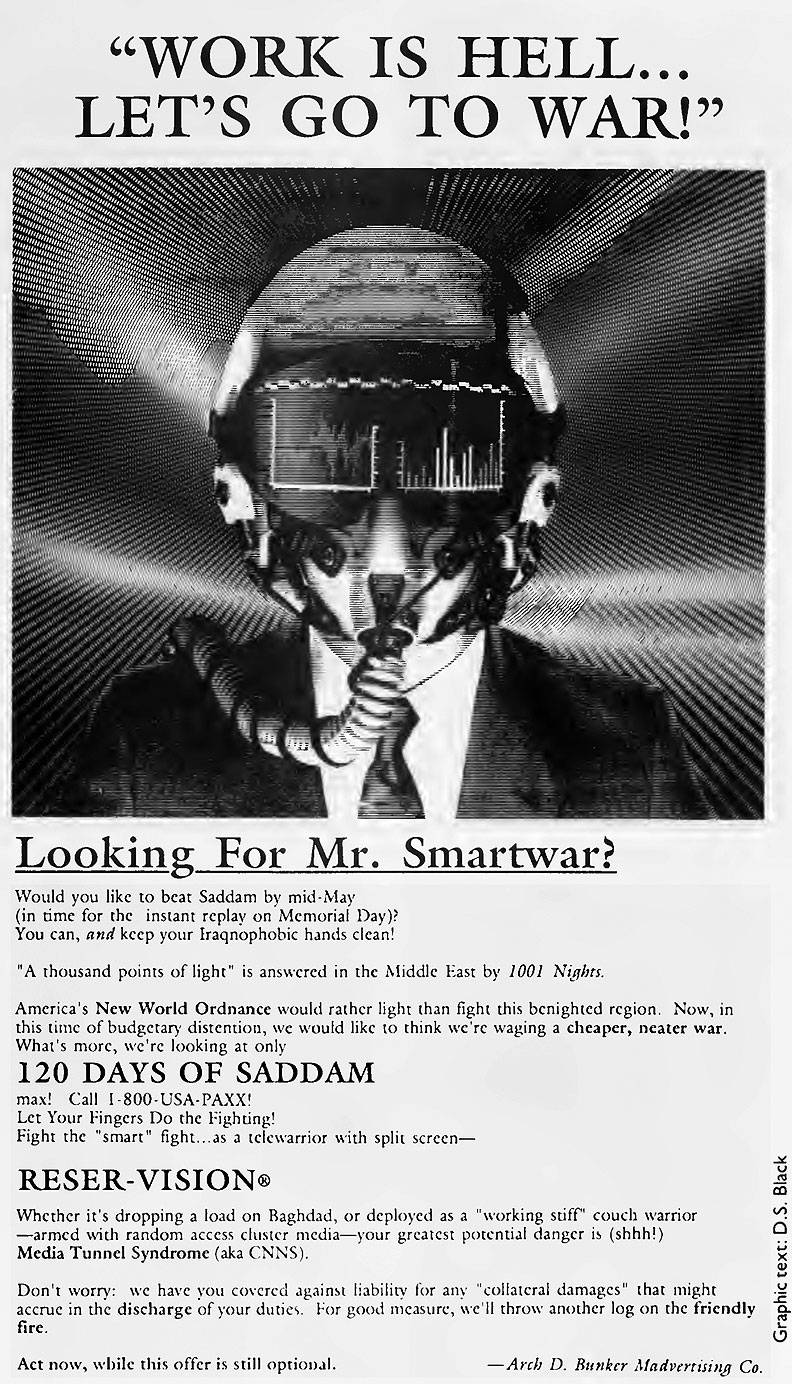