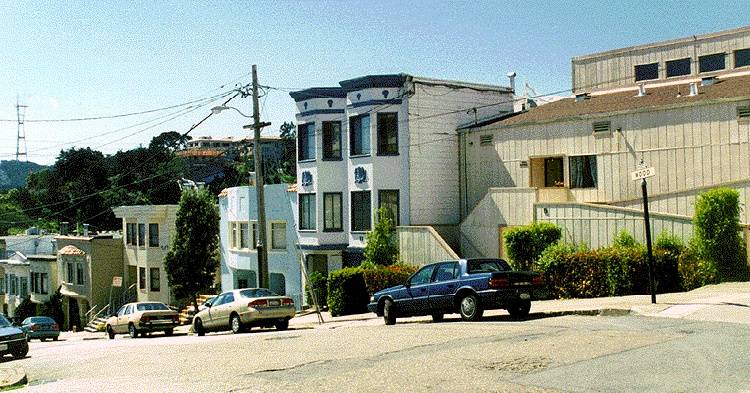 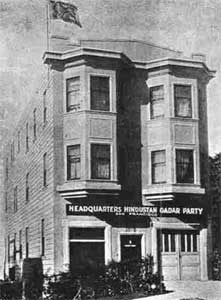 According to Angel Island: Immigrant Gateway to America, in 1910, 42 percent of detained South Asians on Angel Island were detained between eight and fourteen days, and 51 percent were eventually sent back home from the island. At times, it almost seemed as though immigration officials were promoting exclusion, and doing extra to specifically target South Asians in their immigrant admission rejections. This conjecture is supported by a San Francisco Chronicle article from 1910 that ‘gleefully [reports]’ the notion that “Law is Sufficient to Stop the Influx” in response to a slew of South Asian immigrants who were turned away due to reportedly having hookworm. In the article, an immigration inspector is quoted stating that “despite public agitation, no way had been discovered to slow down the influx” of Hindu immigrants, and that the onset of hookworm may have provided a timely solution. It seemed as though the disease (or speculation of it), was little more than a rather convenient exclusion tactic.

The “public agitation” with South Asian immigrants, combined with daily discriminations, perceived depictions of focused exclusion, and lack of support from India’s then-British-ruled government fueled a fire of resentment within South Asian immigrant-hopefuls, one that eventually galvanized them into action. This action manifested itself in the birth of an Indian nationalist movement that had its roots in San Francisco, but extended throughout the California coast—the Ghadar party. 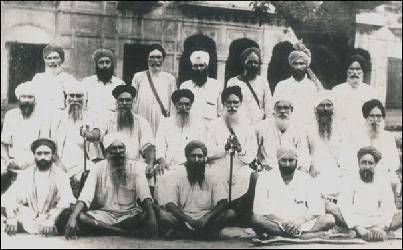 San Francisco became the headquarters for the Ghadar party, mainly due to the fact that one of its most prominent leaders, Har Dayal, was well connected to both political groups and universities in the area (Singh 30). In addition, the San Francisco Bay Area’s mild climate and agricultural opportunities attracted a growing population of Indian immigrant farmers and other workers—many of whom formed the party’s backbone. Finally, San Francisco’s ballooning prominence as a city presented a platform that lent itself well to a nationalist movement uprising.

Also known as the Hindi Association of the Pacific Coast, the Ghadar party had a single goal: “To overthrow the British rule by using force and free India from foreign domination” (Agrawal 76). Although discriminatory policies faced in the United States and Canada may have aggravated members of the party, a leader of the Ghadar movement, Gobind Behari Lala, summed up the reasons why the party’s main target was the British: he claimed that “[they] were responsible for the way Indians were being treated in America.” The frustrations that immigrants felt in America fueled a resentment towards the American government, but placed light on the larger issue—the British government. It was this larger issue that the party decided to prioritize, assuming that by tackling it, the smaller issues would be solved, as well. This notion of nationalism resonated with the many South Asian immigrant worker communities scattered throughout the West Coast, allowing the Ghadar party to gain the traction necessary to become a fighting force, at least, initially. 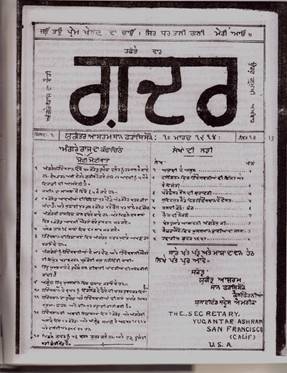 The Ghadar, a weekly newspaper published beginning in November 1913.


Much of the party’s stance was put on display in the form of a weekly paper, called The Ghadar, the first issue of which was published from their headquarters in San Francisco in November 1913. This newspaper allowed the party to make their beliefs concrete and widespread. At the same time, as people connected with those very beliefs, the paper enabled the party to gain more followers. Much of the rhetoric in the paper revolved around the idea of a rebellion. The caption on the masthead read “Angrezi Raj Ka Dushman,” which translates to “an enemy of British rule.” By strongly championing the idea of nationalism in a foreign land, leaders of the Ghadar movement were able to unite a subset of South Asian immigrants who felt isolated and mistreated. Capitalizing on these feelings, the Ghadar movement spurred action through those who were hungry for change.

However, in building up their movement, the Party garnered attention from not only supporters, but also the opposition—namely, British, American, and Canadian government officials. Angel Island began collecting data on Indian nationalists, sending the information gleaned from the surveillance to the British. The governments of these three countries went so far as to hire spies to trail prominent figures in the Ghadar Party. The British Intelligence even created a secret document entitled “The Ghadar Directory,” that included identities of anyone who was connected with the movement in America and abroad (Bhoi). This, along with generally heavy governmental scrutiny, led to the capture and arrest of important Gadar party leaders like Sohan Singh Bhakna, who the British government arrested in India upon his return there in 1914, and Har Dayal, who was arrested for “spreading anarchist propaganda” in America under British pressure.

Shortly after, in October 1914, following the onset of World War I, the Ghadar Conspiracy was born. This was a plot that hatched between the “the Berlin Committee in Germany, the Indian revolutionary underground in British India and the German Foreign Office through the consulate in San Francisco,” (Azad Hind) that was meant to spur a rebellion in the British Indian Army to end the British rule in India. Ultimately unsuccessful, the Conspiracy kicked off when 150 Ghadarites set sail to India with hopes of staging an uprising. Their mission ultimately failed, as British intelligence received news of it. Nearly all the Ghadarites were arrested upon arrival in India—yet the ones who made it back to America still refused to give up on their plan. Several Ghadarites returned back to India and Punjab, and attempted to plan yet another uprising in February 1915. Yet, this plan was also infiltrated, leading to mass arrests and fleeing.

Finally, in 1917, in one last effort to make the Conspiracy successful, Har Dayal, after his release, worked with the Ghadarites, as well as the German government, who had been funding the party, to receive a shipment of arms that would be used “for an uprising against the British” (Lee, Yung 168). However, even this final attempt was foiled by the British intelligence effort, and resulted in the arrest of prominent party figures by the American intelligence agencies.

The failed Conspiracy led to what was, to that date, the longest and most expensive trial in all of American history: the “Hindu-German Conspiracy Trial.” This trial, which took place in the District Court in San Francisco, resulted in diminishing what was left of the Ghadar Party’s leadership. In fact, the trial actually was home to the assassination of one of the Ghadar Party’s most prominent leaders, Ram Chandra, by another defendant in the trial, Ram Singh.

The trial ended a week later, with most of the remaining members of the party having to serve prison sentences, guilty of violating the United States’ neutrality. This dramatically shifted the party’s power. Its organization all but subsided, and hopes for defeating the British rule in India were put on hold. As a result, after 1919, the party itself failed to actively make any changes to Indian government. Yet, the sentiment behind its founding mission stands as a testament to civilian frustration inciting desire for political change, even as immigrants abroad.

Preserved, historical engravings engulf the walls of the detention barracks at Angel Island, retaining the ghosts of immigrants’ past—the Chinese, the Japanese, and the often-forgotten, Indian. 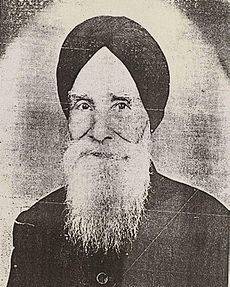 Decades later, the engravings on the walls of Angel Island’s barricades capture the thoughts, stories, and identities of these very immigrants who journeyed across oceans in hopes of settling in the West Coast. Written twenty years after the death of the Ghadar movement, one particular inscription’s script stands out from its surroundings—that of Tara Singh, a Punjabi Sikh who wrote the following lines in Gurmukhi:

Tara Singh’s inscription is but one example of the ongoing immigration from South Asia, and captures the seemingly insurmountable frustrations faced by hopeful, would-be settlers that continued to persist.

Addendum, information from the Northern California Coalition on Immigrant Rights: The Ghadar Party was established in 1913 by Taraknath Das and Har Dayal to agitate for Indian independence from Great Britain. Defending the Ghadarites in the U.S. from deportation became a civil rights issue for anti-imperialists and the Left in general. The IWW, the SLP, and an assortment of liberals came together to organize the Friends of Freedom for India (FFI) and lobbied for the protection of the right of aliens to engage in political activity in the United States. The FFI even persuaded Samuel Gompers, no friend of Asians, to allow the AFL to champion these rights. Nevertheless in 1914, Congress passed a bill that made aliens who advocated political change in any country liable to deportation. The effects of this legislation are still felt today, with members of the IRA and PLO threatened with deportation from the U.S. for their political activities.