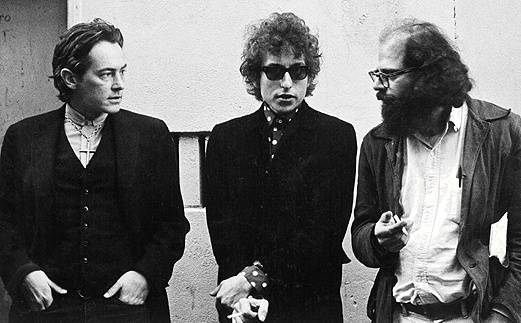 Finally, there was significant geographic overlap between the two cultures. North Beach was home to gay and The Lesbian Bar lesbian bars, including the The Black Cat Cafe Black Cat, an area institution, as well as gay cruising areas, with all spreading down to Polk Street and into the Tenderloin.

Relentless police harassment of the bars finally triggered a reaction from the patrons of the Black Cat (which provided the setting for part of On The Road). Ginsberg described it as "the greatest gay bar in America." The bar's owner, Sol Stoumen, was unwilling to make the payoffs expected in that era of proprietors whose clientele included homosexuals. He found himself in trouble with the law and eventually spent over $38,000 in legal fees. Thus began the connection between gay bars and gay politics. A Black Cat employee and popular performer, Jos Sarria, began incorporating politics into his campy bar act. For many, his comments marked the beginning of their awareness of their right to be free from harassment. He even became the first out gay person to run for supervisor in San Francisco. His 5,600 votes foreshadowed the powerful political constituency that gays and lesbians would become.