Difference between revisions of "Gay History and Politics in the Tenderloin"

As the public wave of anti-homosexual repression of the early 1950s rolled on, two new “homophile” organizations were founded, the Mattachine Society in 1950 and the Daughters of Bilitis (DOB) in 1955. Together the two groups were the first open gay civil rights organizations in the country, and DOB had offices in the Tenderloin. The Mattachine Society turned away from its Communist Party founding members in 1953 and promoted assimilation into American normalcy for gays. The DOB embraced this assimilation-oriented political activism when it started in San Francisco, founded by Del Martin and Phyllis Lyon and six others. (They published a small magazine called The Ladder.) The organization was conceived as a social alternative to lesbian bars, which were subject to raids and police harassment. As the DOB gained members, their focus shifted to providing support to women who were afraid to come out. The DOB educated them about their rights, and about gay history. 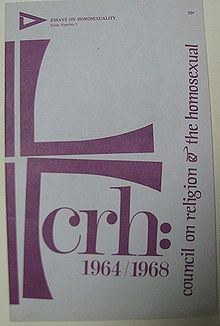 Council on Religion and Homosexuality pamphlet
Historian Lillian Faderman declared, “Its very establishment in the midst of witch-hunts and police harassment was an act of courage, since members always had to fear that they were under attack, not because of what they did, but merely because of who they were.” In 1960, the DOB held their first convention in San Francisco. Two hundred women attended the conference, as did the San Francisco police, who came to check if any of the DOB members were wearing men’s clothes. Del Martin brought them inside to see all the women wearing dresses, stockings and heels. The Daughters of Bilitis endured for 14 years, becoming an educational resource for lesbians, gay men, researchers and mental health professionals.

In the 1959 Mayoral race between incumbent George Christopher and Democratic challenger Russell Wolden, Wolden’s campaign self-destructed in the wake of its public accusations that Mayor Christopher had made the city safe for “sex deviants.” Mayor Christopher went on to easy re-election, but unleashed the police to be even more aggressive against gay bars, organizations, and individuals. In 1961, the “Gayola” police shakedown scandal exploded into public awareness. Gay bar owners were being blackmailed by an organized ring of police—bar owners pressured the reformist police chief to fulfill his clean-up promises and halt the graft. The gayola system was broken, the police embarrassed. Out of this the Tavern Guild was founded, providing political and financial support for the emerging efforts to legitimize homosexuality.

Congressman Philip Burton advised gay activists to make alliances with the clergy which led to the emergence of the Council on Religion and Homosexuality in 1964. A New Year’s Eve party hosted by the CRH at California Hall on Turk and Polk in 1964 was surrounded by police with spotlights and cameras, dissuading 2/3 of the attendees from arriving. The next day religious leaders held a press conference denouncing the police which swung political opinion against the ongoing police harassment of gay San Franciscans. 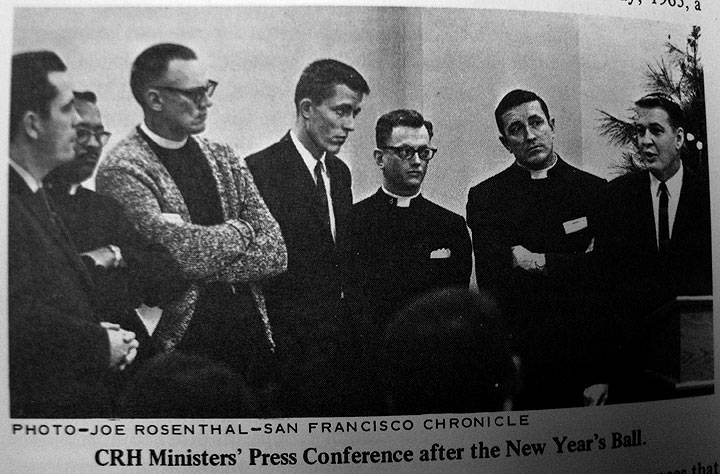 A year and a half later the Society for Individual Rights established the country’s first-ever gay community center in 1966. During that same summer of 1966 Vanguard was founded out of Glide Church, a youth organization in the Tenderloin who called for “street power” to bring together gay and transgendered youth of the central city. 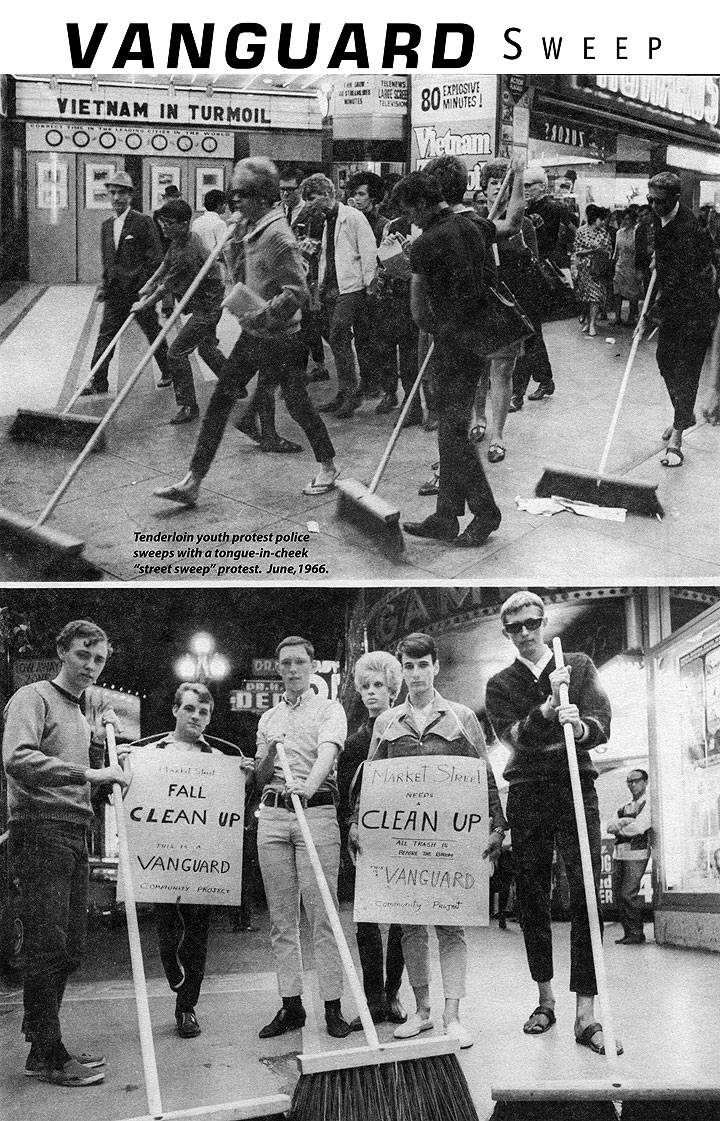 Due to the presence of “deviant” sexuality and gender in San Francisco, what happened in the city, and specifically in the Tenderloin, “foreshadowed the mulitpolar world that today defines urban politics,” according to historian Martin Meeker. A Tenderloin resident, Mark Forrester, was a poor, politically active gay man and in 1965 he helped draft “The Brief of Injustices,” a ten-point document documenting the discrimination against homosexuals. This manifesto helped build and make public the hypothesis that the homosexual minority was similar to ethno-racial minorities. This document made public a sensibility that had been growing since the original founding of the Mattachine Society, helping a gay minority discover itself as a public actor.

Hal Call, one of the men who had emerged as an outspoken homosexual activist in the Mattachine Society, also founded the Adonis Bookstore, the first gay bookstore in the United States, on Ellis Street in the Tenderloin in 1967, months before New York’s Oscar Wilde bookstore opened. The Adonis Bookstore was one of the first places to show gay pornographic films, too.