Frigging (Mad) in the Rigging 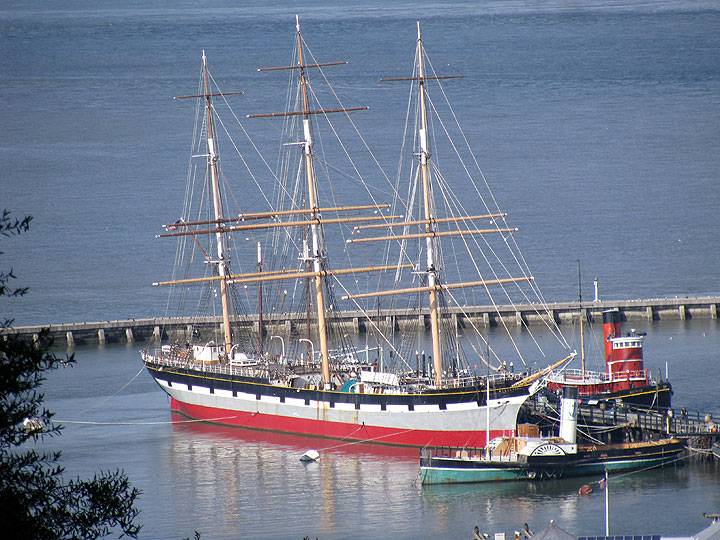 The Balclutha at Hyde Street Pier in Fisherman's Wharf.

You can still visit this magnificent square rigger, the ship Balclutha, built in Scotland in 1886, off Hyde Street Pier in Fisherman's Wharf. Put on display at the 1939 World's Fair on Treasure Island, it was later moved to its present location.

In 1959, Comedian Jonathan Winters reputedly climbed into the Balclutha’s rigging and refused to come down, shouting to the police gathered below: "Where am I from? I'm from outer space, man, outer space. I'm the man in the moon. I'm John Q. What's it to you?" The story goes that Winters was eventually captured; as he was dragged off the boat, he yelled "this boat is a fake, it's got an outboard motor on it." 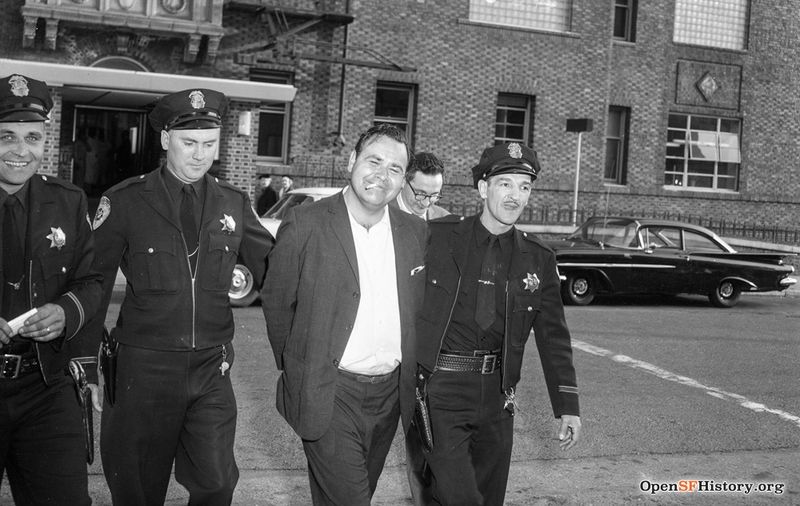 Comedian Jonathan Winters being taken to the psyche ward at SF General after purportedly having a mental health episode at the sailing ship Balclutha on May 12, 1959.

In Episode 173 of comedian Marc Maron's WTF internet radio program (aired Monday May 09, 2011), Winters denies this accounting of events. He states that he does not know where the purported climbing of the mast originates from. In the interview he says, "I remember exactly what happened. I went up to the guy that sold tickets and I said, 'Gimme a ticket to go aboard the Balclutha.' And the guy said, 'Okay.' And I said, 'What you need is a tri-cornered hat, and maybe a parrot for your shoulder. You gotta have maybe...twin Evenrudes, (to) kick this thing over and you'll be out there to sea in no time.' I went and sat down and the guy called the harbor police. The next thing they shook me around and put bracelets on me, and I said, 'What... what the hell's happening here?' (They said,) 'You're going to psychiatric ward.' Only because I'd put the guy on see, he figured I was on drugs. Not everybody has a sense of humor. I never went up in the mast. Someone put that in, I don't know who that was. All I know is; there's no picture of me in the mast. I was only in for a 2 week observation." 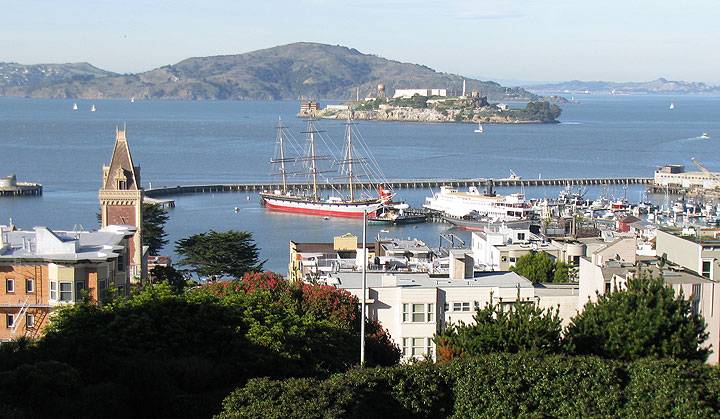 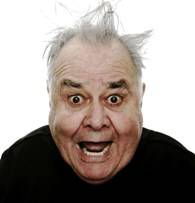 Winters was placed in an isolation cell at San Francisco General Hospital's psychiatric ward. Winters's free performance at the Balclutha capped a series of increasingly bizarre shows at the Hungry I nightclub, where he had delivered rambling monologues about Alcoholics Anonymous, almost started a riot by making offensive remarks about Harry S. Truman, and collapsed in tearful hysteria after breaking his cigarette holder. 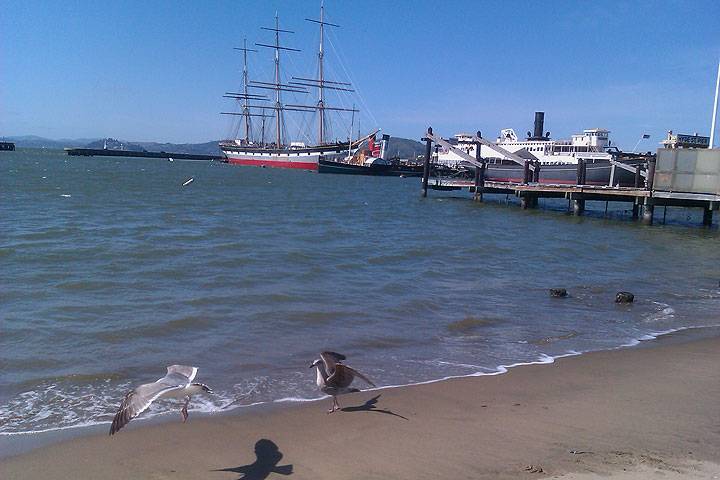 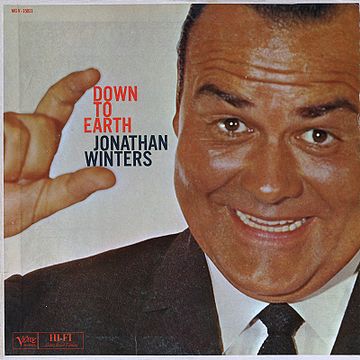 Jonathan Winters on his album cover "Down to Earth" published in 1960.