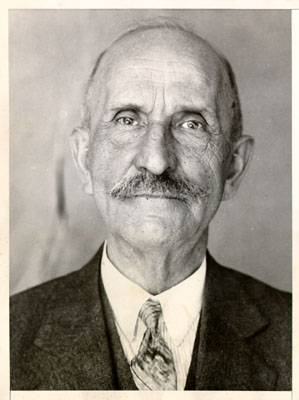 Fremont Older (30 August 1856 - 3 March 1935) was born in a log cabin in Wisconsin. He was a newspaperman and editor in San Francisco, California for nearly fifty years. He is best known for his campaigns against civic corruption and efforts on behalf of Tom Mooney and Warren Billings, wrongly convicted of the Preparedness Day bombing of 1916.

Older began his working life at age twelve as an apprentice printer, he claimed, after reading the story of Horace Greeley. He worked in Virginia City, Nevada, on the Enterprise, then moved on to the Redwood City Journal, later writing for the Alta California.

At one point, Older was kidnapped and threatened with murder by persons unknown, but said to be working for the grafters. In his later years at the Bulletin, Older was offended by the owner's rewriting of his editorials and refusal to commit to a lifelong appointment, so after twenty-three years of service, he resigned in 1918 and went to William Randolph Hearst's paper, the San Francisco Call. Along with talented staff, he brought the Mooney case and numerous other stories that the Bulletin owner had refused to carry, including the Fair will case involving a state Supreme court justice and a bribe amounting to $100,000.

Older originally believed Mooney was guilty, but changed his mind and spent twenty years working for Mooney and Billings release, although it was reported that he disliked Mooney, thinking him worthy of jail for real crimes, but not for the bombing at Steuart and Market for which he was jailed. For his efforts, Older was called a Communist, a Wobbly, a syndicalist and traitor, but Hearst backed him. Older died a few years before Mooney was pardoned by California Governor Culbert Olson in 1939.

Older was also an early defender of prostitutes, having published a story at the Bulletin in 1917 entitled "A Voice from the Underworld, by Alice Smith".The article also increased the circulation of the Bulletin.

Older was a long time friend and correspondent with Clarence Darrow and was known as a friend to the poor. He regularly tried to reform drunkards and criminals with mixed success. After twenty years of attempting to help such persons, Older said, "I'm sorry, but I must admit that of the scores I have helped, all but one or two have failed me."

My Own Story - Fremont Older - Macmillan N. Y. 1926. Focuses on the San Francisco newspaper and political scene 1895-1917, rather than on Older's biography.