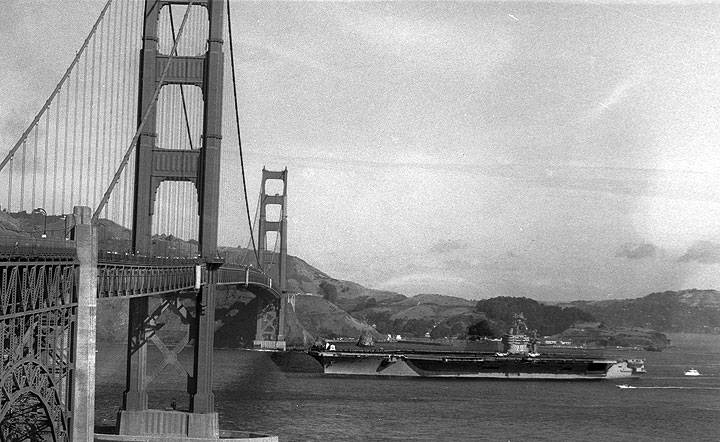 The flyer below was distributed in 1984 during the resuscitation of "Fleet Week," a pro-military festival that had halted during the Vietnam era, and was restarted by Mayor Dianne Feinstein as part of her campaign to homeport the USS Missouri and a nuclear-armed strike force in San Francisco. 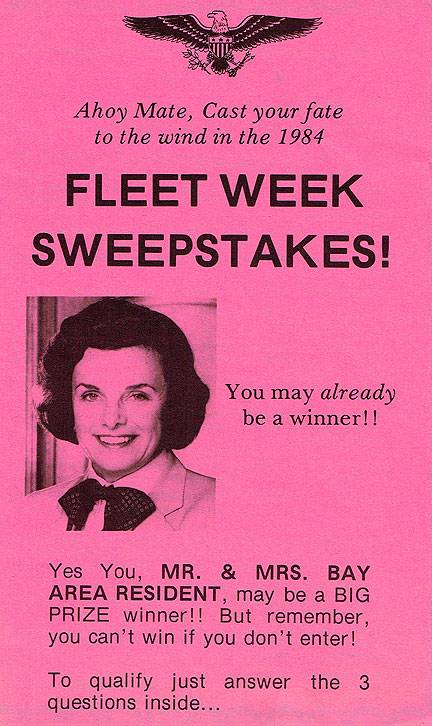 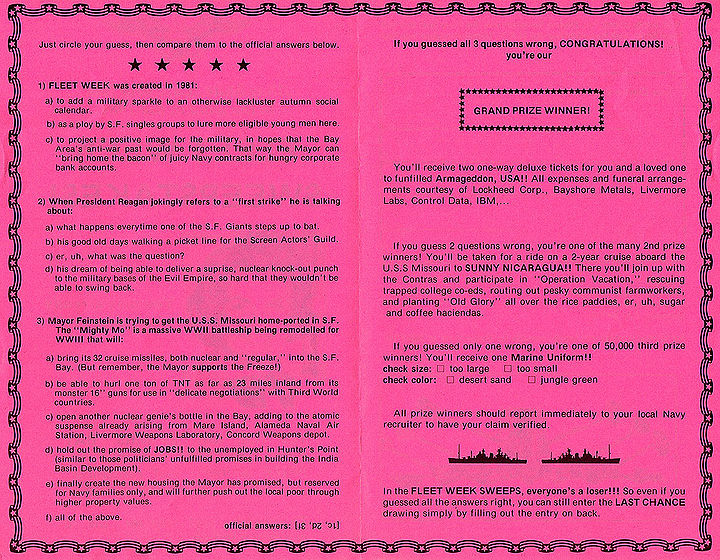