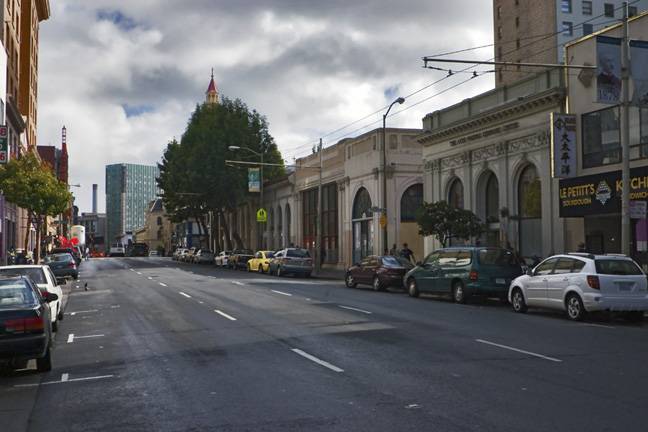 Beginning with the motion-sequence experiments of Eadweard Muybridge and his invention of the zoöpraxiscope* in 1879, San Francisco has been a center of independent film making, distinguished by innovation in all areas of the film industry. In the early years of the cinema, movie theaters had to buy the films they showed from the studios. A couple of San Franciscans named the Miles Brothers revolutionized film distribution in 1902 by purchasing films from the studios and renting them to theaters, thereby establishing the first centralized film exchange, the equivalent of a lending library for movie theaters.

Many early film exchanges were located in Tenderloin buildings because of their proximity to Market Street cinemas; however, nitrate film† was explosively volatile, so ordinary buildings were dangerous places in which to store movies, especially large quantities of them. Although delayed by political inertia, the ’06 conflagration notwithstanding, by 1911 was born the first of the Tenderloin’s many film exchange buildings—fireproof, reinforced concrete structures specifically designed for storing film.

∗Muybridge’s zoöpraxiscope was one of the primary inspirations for Edison and Dickson’s Kinetoscope, the first commercial film exhibition system.

†Nitrocellulose was used as a flexible base for motion picture film until 1951, when it was replaced by acetate-based safety film. 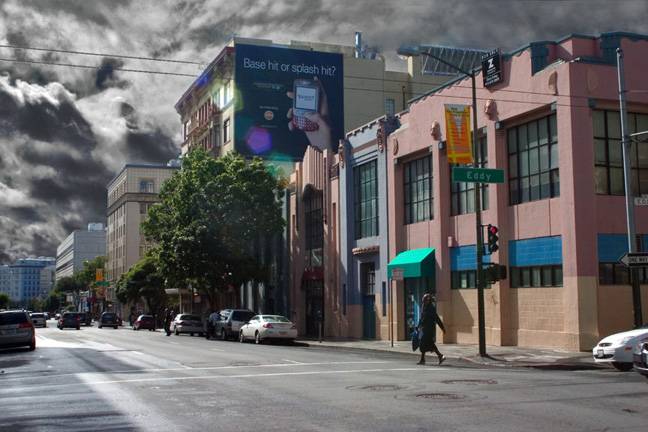 Until the end of the 1980s, businesses along this stretch of Hyde Street and around the corner on Golden Gate Avenue included Wally Heider Studios (now Hyde Street Studios), Monaco Labs and Leo Diner Films—a recording studio and motion picture labs/post-production facilities that, with the advent of acetate-based Kodacolor and black-and-white reversal motion picture film in the early 1950s, had taken over film exchange buildings. Among the notables who recorded albums at Wally Heider’s were the Jefferson Airplane, Grateful Dead, Creedence Clearwater Revival, and Crosby, Stills, Nash and Young.

As one who was involved in San Francisco’s underground filmmaking scene from the late 1960s through the mid-80s, these buildings played a part in my own history. Wally Heider Studios was where I recorded the score to Thundercrack! in 1975, and Leo Diner Films was where that film and many others on which I worked were processed and printed. In ’78 and ’79, I was the sound engineer for Diner Films. 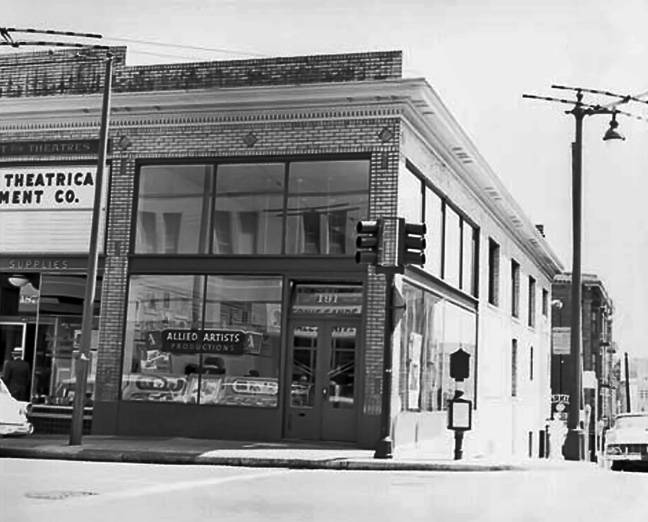 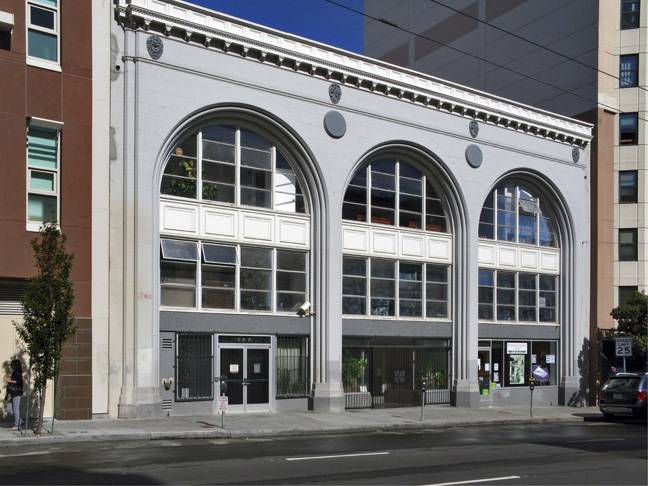 Current occupants are a mental health outpatient clinic on the upper floors and the North of Market/Tenderloin Community Benefit District. 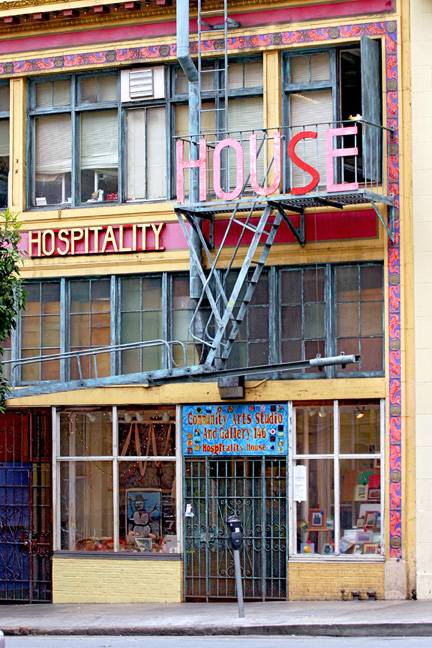 Hospitality House is a film exchange converted to an open art studio and gallery that serves both the neighborhood’s dispossessed and residents of SROs. Anyone wishing to explore self-expression in nearly any medium, but lacking means to buy materials or a studio in which to work is welcome there.