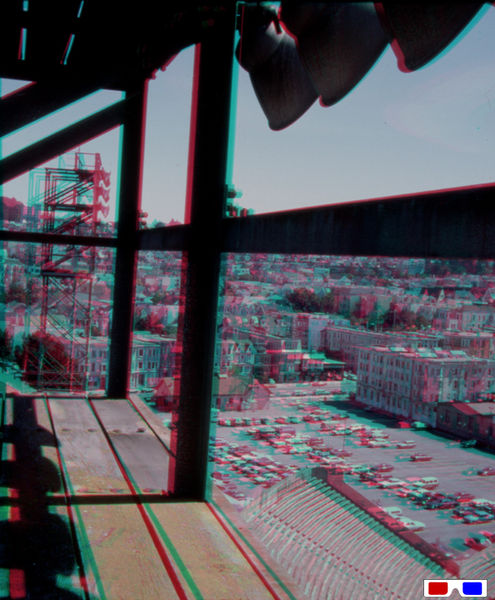 Taken from the Northwest light tower above the old Kezar Stadium shortly before it was demolished, in the summer of 1989. I made several trips to the tops of the light towers between 1987 when the demolition was announced and 1989. This is a stereoscopic image. Use Red/Blue 3D glasses with the red lens on the Left eye.