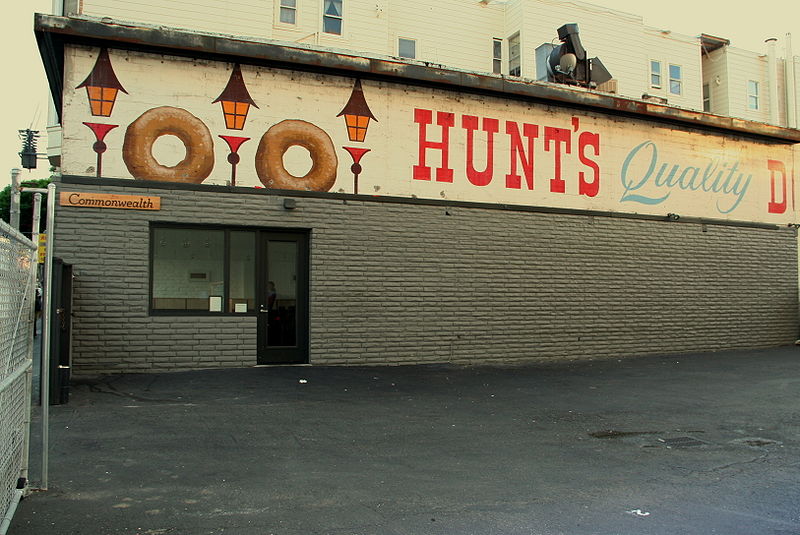 What’s the story with the “Hunt’s Quality D” sign outside?

Before Commonwealth opened, 2224 Mission was occupied by a Mexican restaurant known for the enormous orange “Aztec” plastic tiles that covered the top half of the building. We removed the tiles during our renovations and were surprised to discover evidence of an even earlier business: Hunt’s Quality Donuts. Since then, long-time Mission residents have stopped by to share their memories of Hunt’s, where a dozen donuts cost a dollar. Apparently, there were eight donut shops on Mission between 16th and 24th in the early 90s, and the Hunt’s at the corner of 20th and Mission was the most notorious, known as “the epicenter of crime” in San Francisco. You can learn more about Hunt’s Donuts here

This file contains additional information, probably added from the digital camera or scanner used to create or digitize it. If the file has been modified from its original state, some details may not fully reflect the modified file.
Retrieved from "http://foundsf.org/index.php?title=File:Hunt%27sDonuts.JPG&oldid=21696"
Share this page: