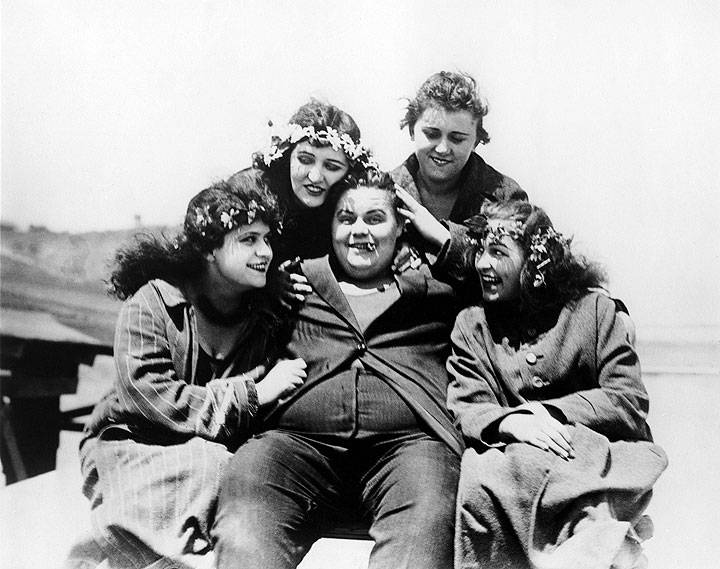 In 1921, behind a door of the St. Francis Hotel transpired a piece of celebrity sleaze worthy of our own time. The hotel has always accommodated the whims of famous guests. The concierge indulged Richard Nixon’s late night Oreo cravings and provided the actress wife of impresario Florenz Ziegfield with 30 gallons of milk each day for her lactose bath. Playing host to the rich and famous can have a downside, however, as was evident on September 4, 1921 when silent screen comedian Roscoe “Fatty” Arbuckle and some friends came up from Hollywood and checked into rooms 1218-1221 to get a party going.

Unfortunately for Arbuckle, the wrong party crashers showed up. One was Maude Delmont, an amateur blackmailer, and the other was Virginia Rappe, a “starlet” known to most everyone at Arbuckle’s Keystone Studios for her willingness to provide generous and up-close services to the studio’s male employees. Rappe was also known as a blackout drinker who could not hold her liquor. In room 1221 she was putting this reputation to the test, guzzling uncontrollably, and ripping off her clothes. When she passed out, Arbuckle moved her to one of the other rooms to sleep it off. The next day he returned to Southern California, where he got the word: Virginia Rappe was dead and Maude Delmont was fingering him as Rappe’s assailant and rapist.

The Hearst press raised the stakes claiming, with no evidence whatever, that Arbuckle had penetrated Rappe using a Coke bottle. Meanwhile, the papers restored Rappe’s pre-Coke bottle virginity. Some 8,000 strangers attended her funeral at St. Stephens Episcopal Church in East Hollywood. 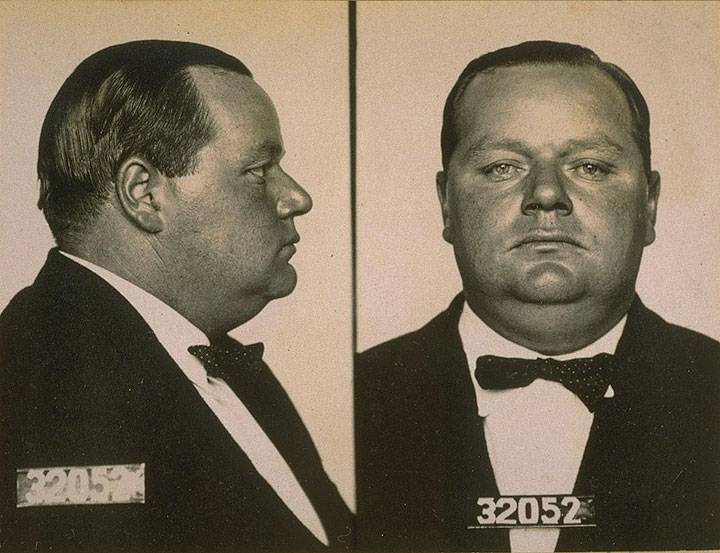 After Arbuckle was arrested, the San Francisco D.A., one Matthew Brady, a man who wanted to be governor of California, pursued the case with a vengeance. He thought a victory in the Arbuckle case would send him on his way to Sacramento. So Arbuckle was tried three times. Two trials ended in hung juries. In the third trial, when the defense was allowed to make its complete case, including evidence about the machinations of Maude Delmont, the jury deliberated only six minutes before acquittal.

Arbuckle’s victory was a hollow one. The movie moguls, taking the heat for the public perception of the film colony as a hot bed of immorality, made an example of Arbuckle, deciding he would never work in their town again. In 1933, at age 46, Arbuckle died—broke. Those closest to him said it was a broken heart that did him in.

Excerpted with permission from Art Peterson's book, "Why Is That Bridge Orange?" published in 2013, by Inquiring Minds Productions.
Retrieved from "http://foundsf.org/index.php?title=Fatty_Arbuckle_Scandal&oldid=33642"
Share this page: