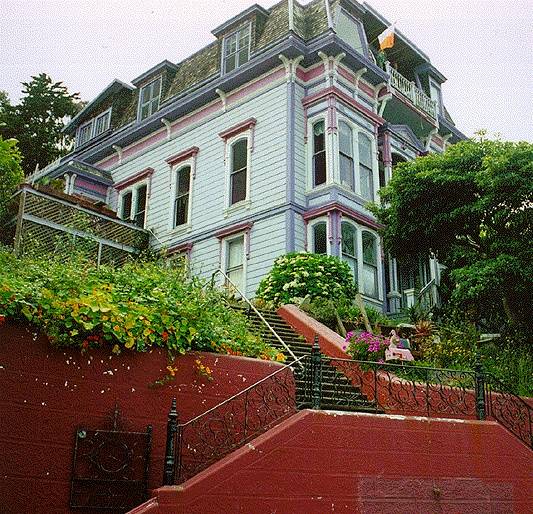 Poole-Bell House: 192-196 Laidley St. A house with a mysterious past linked to a controversial triangle: Thomas Bell, Teresa Bell, and Mary Ellen Pleasant, an early Black activist and shrewd businesswoman (who actually never lived in the house). John P. Poole, an attorney, first owned the house, then his widow Annie and later Teresa Bell were owners. 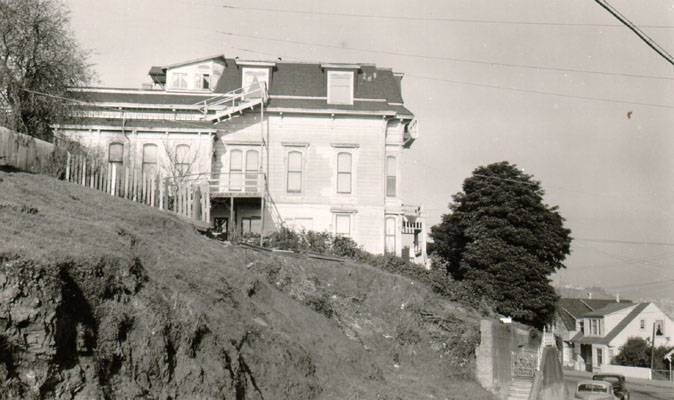 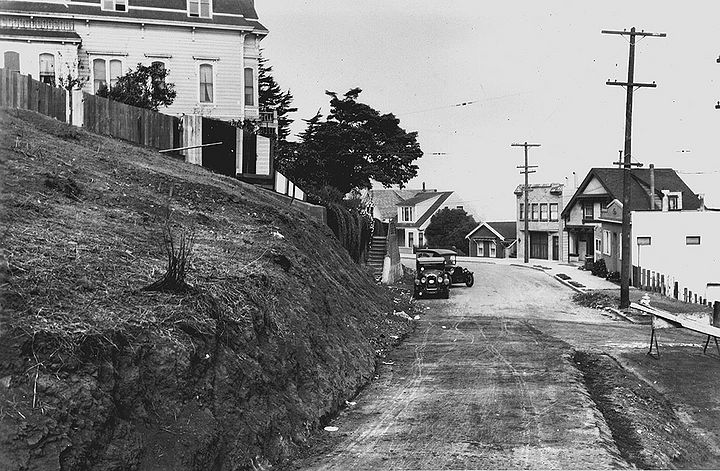 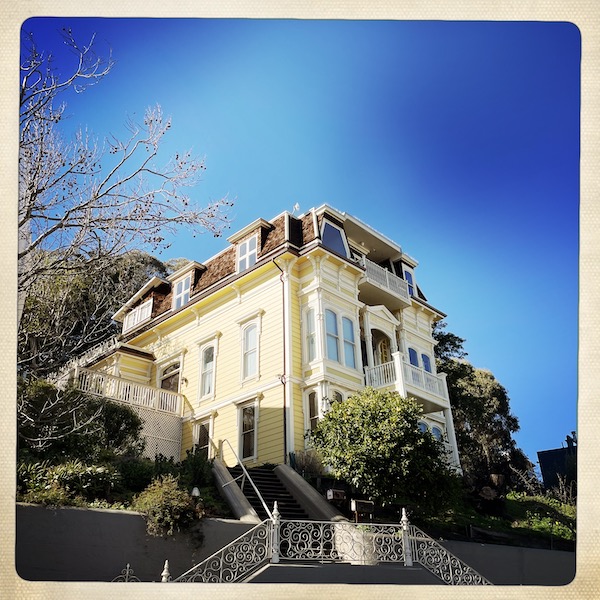 As seen in January 2023, after considerable rehabilitation and renewal.

"Building in the area continued and flats were constructed instead of individual homes. One of the most unique of these was the Romeo type. These were two or three stories in height. A good example is on Noe near 29th Street. This three-story building has an open stairway in the middle of the building and two entrances on each level. A flight of stairs winds up to overlooking the sidewalk where latter day Juliets can call to their Romeos.

"Building in the Upper Noe Valley continued and included houses with marble stairs and wooden columns. Some of these were two stories with the bedrooms on the second floor. They had either three flat windows or three bay windows and were built from 1907 to 1916. During the same period, sewers, streets, and sidewalks were installed, one or two blocks at a time.

"About 1910, gas streetlights were installed requiring manual lighting. The lamplighter was an important part of children's lives because they were allowed to play outside until dusk when he came around to light the street lights. With a kerosene lighter on a long pole, he opened the bottom of the street lamp and lit the wick inside. Also at this time people started to install gas in their homes, but wood and coal stoves, with water backs, were used until the 1930s to heat water for bathing and washing.

"A theatre was constructed at 28th and Church Streets in 1916, and was known by the names Rita, New Rita, and the Princess. It was the old type nickelodeon, with piano playing to accompany the silent films.

"In the 1930s, some stores and businesses failed, men were unemployed, families were on relief, men were selling apples on street corners or working at whatever they could do, and rooms in homes were closed off to save heat and light.

"In 1935, the Depression was over and people were repairing their homes and buying new cars. The building trades were well represented in Upper Noe Valley and Fairmount Heights as were civil service workers, waitresses, and miscellaneous trades and crafts people."