Originally written as a Masters Thesis, this is the first of a sequence of pages adapted from the full thesis. For the bibliographic references in the text go here.

"The discovery of gold, in combination with other factors, notably the isolation of the West, gave California a distinct head start over the other western states as a center of manufacturing. Once these nascent industries were established, they had the effect of attracting other industries. It was, above all, the cultural peculiarities of the things demanded—novel forms of mining equipment and lumbering equipment—which provided the stimulus for industrial activity. It was for this reason, very largely, that California became a manufacturing center almost at the same time it became a State. The rapid growth in population explains the demand, but it was the novelty of the environment that stimulated local invention and manufacture. The primary dynamic of industry in California might, therefore, be said to lie in the novelty of the environment."
—Carey McWilliams, 1949

As is true with most aspects of California's development, the origins of Silicon Valley can be traced back to the expansion of industrial activity associated with the Gold Rush of 1849, and the series of mining "rushes" that followed.(3) Because the importation of bulky mining equipment from the East was virtually impossible before the completion of the transcontinental railroad in 1869, a local industrial base sprang immediately to life, funded by a flood of finance capital from the vast gold deposits. Disruptions during the Civil War further impeded the flow of goods to California from the East. The diverse and novel problems encountered by Western miners resulted in the development of new techniques and innovations in mining equipment such as hydraulic pumps, air compressors, hoisting gear, crushers, and almalgamators (McWilliams, 1949).

More hydraulic mining at North Bloomfield Mine. Over the 25 years of hydraulic mining in the mountains of California it is thought that the equivalent of eight Panama Canals of debris were washed down into the Central Valley and the riverbeds of the state.

The news of massive gold strikes in California brought a sudden influx of population to San Francisco from around the world, stimulating the rapid expansion of the agricultural, construction, and manufacturing sectors. Between 1848 and 1851 San Francisco's population jumped from 800 to 35,000 inhabitants. By 1860 California had 20,000 farms, and the value of manufacturing output exceeded that of gold production by $20,000,000. In 1865 San Francisco ranked among the top ten American cities in terms of capital invested in manufacturing ($2,211,300), and in the value of manufacturing output ($19,318). In 1866 the city contained 13 iron foundries and had 30 machine shops (McWilliams, 1949).

Because gold in the Sierra Nevada was largely to be found in gravel (placer) deposits, innovative hydraulic mining techniques were developed to exploit them.(4) Technologies associated with flumes, dams, and high-pressure accumulators became highly advanced between 1870 and 1890, when the exhaustion of deposits located in the stream bottoms led miners to turn to blasting hillside deposits with high pressure hoses. As early as 1879, hydraulic technology was applied to the generation of electricity, at first for mine lighting applications (Williams, 1987). By 1890, the environmental degradation caused by hydraulic mining became so severe that legislation was passed to curtail it. Without a market, some water companies turned to supplying hydroelectric power for communities in their immediate area (Norberg, 1976). Gold mining had created "a generation of men who knew how to build tunnels, canals, and flumes, how to lay pipe in rugged terrain, how to handle water and where to find it. That was a mighty aid to the electrical engineers when they began to build water powered [electric] plants" (Coleman, 1952).

The novel technologies that emerged from rapid economic development and urban growth within the unique geographical configuration of California, led to the formation of an array of professional organizations, publications, and educational institutions in the Bay Area. The elite California Academy of Sciences was established in 1853 and grew to 300 members by 1884. The Mechanics Institute of San Francisco, established in 1855, had 1,919 members and a library of 34,673 volumes by 1884. In 1884 civil, mechanical, and hydraulic engineers formed the Technical Society of the Pacific Coast with 126 charter members, which was in existence until 1914. This group dealt with a wide range of topics such as harbor construction, domestic water supplies, hydraulic mining, marsh reclamation, irrigation projects, and farm mechanization (Pursell, 1976).

The Electric Power Industry and the Local Accumulation of Skills

Despite the importance of mining and agricultural activities, the California population of the late Nineteenth Century was remarkably urban.(5) By 1880 the population of San Francisco had a mushroomed to 233,959 and the city contained 2,971 manufacturing plants (Pursell, 1976). Coal and wood were not resources in abundant supply in coastal California, so the cities developed a dependence on other energy sources such as gas, and later, hydroelectric power.(6) 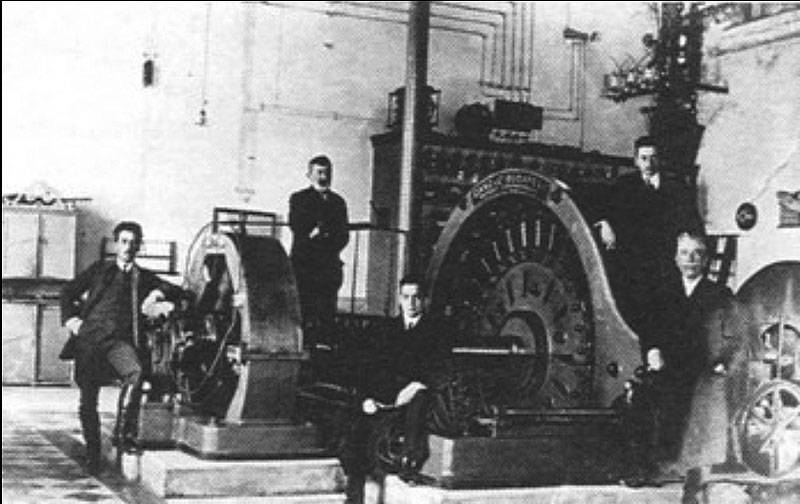 This waterworks in Pomona, California, exemplifies the 19th century development of hydropower.

Before electricity could be used in the cities, however, a major technical problem had to be overcome. The geography of California is such that nearly all of the viable sites for hydroelectric generation are located a great distance from major urban centers, in the Sierra Nevada mountains.(7) Efforts to get electricity from its point of generation to its point of use led to early innovation in long distance electric power transmission. In 1891 a 28 mile line was constructed near Pomona (Williams, 1984). In 1901 electric lines reached Oakland from the South Yuba River in the Sierra Nevada by way of a 4,427 ft. span of cables over the Carquinez Strait (Scott, 1985). In 1902 lines reached San Francisco from three 450 kilowatt generators on the Mokelumne River, an installation financed by San Francisco banker W. H. Crocker and his brother-in-law Andrè Poniatowaski, a Polish prince (Coleman, 1952; Norberg, 1974; Scott, 1985). By 1914, the state contained more long distance high-tension electric transmission systems that any region in the world; seven of 31 systems of 100,000 volts or more were located in California (Williams, 1984).

Since the urgent need for improvements in long distance power transmission was unique to California, engineers grappling with these problems found east coast based engineering associations, such as the American Institute of Electrical Engineers, out of touch with their concerns. In 1897 companies and individuals involved with long distance power transmission formed the Pacific Coast Electric Transmission Association (Williams, 1987). Technical journals published during this period include the weekly Mining and Scientific Press (in its 48th volume by 1884), Engineer: a Monthly Journal Devoted to the Mechanical Arts and Sciences (1876), and Journal of Electricity, Power and Gas (1898), which published the Pacific Coast Electric Transmission Association's proceedings. 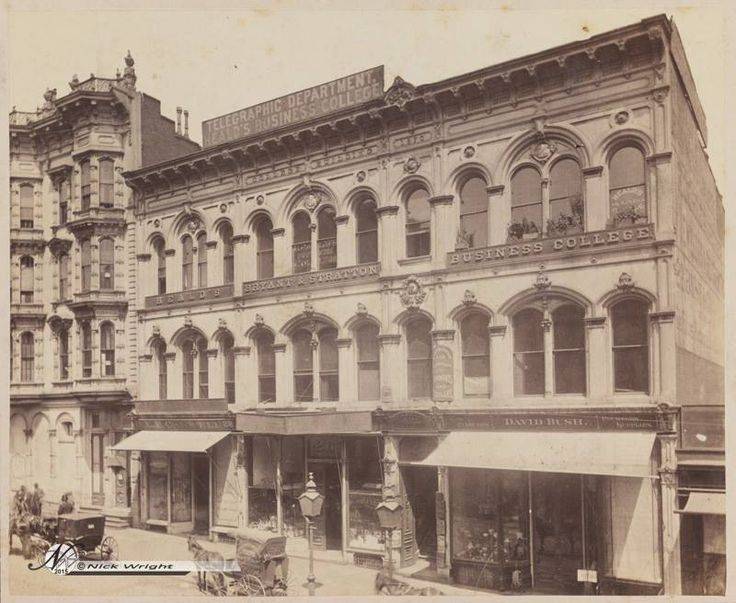 In the 1890s, specialized schools and academic departments emerged that focused on the practical problems faced by local electrical engineers. Early in the decade Van der Naillen's School of Practical Engineering and Heald's College,(8) both located in San Francisco, Throop Polytechnic Institute (later to become the California Institute of Technology) in Pasadena, and Stanford University in Palo Alto were opened and offered programs in electricity and electrical engineering. In 1892, the University of California in Berkeley (then the only U.C. campus) hired C.L. Cory, a graduate from the country's leading electrical engineering program at Cornell, to chair a new electrical engineering department. The electrical engineering departments at Cal Berkeley and Stanford were used by local power companies as test laboratories. For example, pioneering use of lower cost aluminum transmission cable during this period depended on tensile strength and conductivity tests conducted by Cal Berkeley's mechanical and electrical laboratories (Williams, 1987). In 1898, the first Professor of Electricity at Stanford, A.C. Perrine, collaborated with students and power company engineers to develop a high potential oil switch that made Sierra to San Francisco transmission possible. He then took a two year leave of absence to consult for the Standard Electric Company of California, the company that completed the first line to San Francisco (Coleman, 1952; Williams, 1990).

Development in California during the second half of the Nineteenth Century produced what Pursell (1979) calls an "oasis of scientific technology" in the Bay Area. Within this "oasis" lay three elements that the development of Silicon Valley has been attributed to: ready sources of indigenous venture capital, university/ industry cooperation, and a skilled labor pool characterized by a high degree of inventiveness. Much of the wealth generated from gold and silver mining had made its way from the hands of the miners to the hands of merchants, bankers, industrialists, and railroad and shipping magnates. These wealthy individuals and their offspring provided venture capital for many of the early electronics companies in the Bay Area. The informal, collaborative research and development relationships between industry engineers and university professors developed during this period, as we shall see, played an important role in the emergence of the electronics industry in the region. Just as hydroelectric power "profited greatly" from the skills developed in hydraulic mining, the electronics industry in the Bay Area was able to tap the skills developed in the electric power industry.

3. "The Fraser River gold rush of 1858, the discovery of the Comstock Lode in 1859, and the opening of the Arizona copper mines in 1870, had made San Francisco the mining capital of the West. By 1870 San Francisco was not only the center of the manufacture of mining equipment, but it had begun to export mining machinery on a large scale." (McWilliams, 1949)

4. One of these innovations was the Pelton water wheel, invented by a millwright named Lester Pelton for the purpose of providing a more efficient power source for operating hoists and other mining machinery. Pelton's wheel was the first that could spin faster than the water that was moving past it. It was later to be incorporated into designs for hydroelectric turbines and its basic precepts are still employed in modern plants. (Coleman, 1952)

5. In 1870, California was one of the top ten states in terms of percent of population living in urban areas. McWilliams (1949) explains this by pointing to California's role as "the urban center for the other western states".

6. Electric power generation for lighting and industry was pioneered by the Edison Illuminating Company in 1880. (MacLaurin, 1949)

7. Farms, too, began to demand electric power, at first for irrigation pumps, and later for California's highly mechanized brand of agriculture. By 1948, California farmers had the highest rate of electrification in the United States, using more that one-half the all the rural electricity consumed. (McWilliams, 1949)