Originally published on the website of the Living New Deal Project, reprinted with permission.

After I organized Coit Tower’s 50th anniversary celebration in San Francisco in 1984, Edith Ann Hamlin and I became good friends. During the next six years, I often visited her at her studio in the Excelsior District of San Francisco. 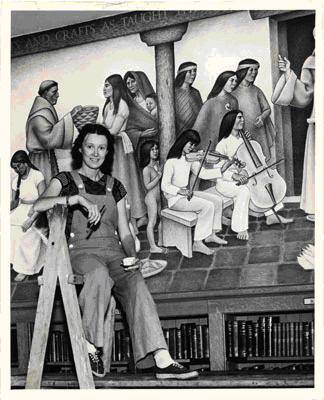 Hamlin was 82 then and had been part art of the California and Southwest art and scene for more than half a century. Her studio had a huge Hopi clay pot and several large woven Native American baskets. One of her large landscape paintings of the Southwest rested on a tall easel.

Born in Oakland, California, Hamlin’s interest in art began early in life on sketching trips with her father. She won a two-year scholarship to the San Francisco Art Institute, formerly the California School of Fine Arts, and was one of four students chosen to paint a mural on the school’s walls. By age 22, she knew she wanted to be a muralist.

Hamlin moved to New York to attend Columbia’s Teachers College, but when she heard there might be work for artists in San Francisco, she learned to drive and headed west in a Model A Ford—a trip that would cement her career as an artist.

Edie arrived in San Francisco in time to get the job—one of 26 artists to paint murals at the city’s landmark Coit Tower, the first Public Works of Art Project (PWAP). Launched in 1933, PWAP hired artists for their abilities not their need for “relief.” Hamlin learned fresco painting on site. Her mural, “Sports and Hunting in California,” is on the tower’s second floor. 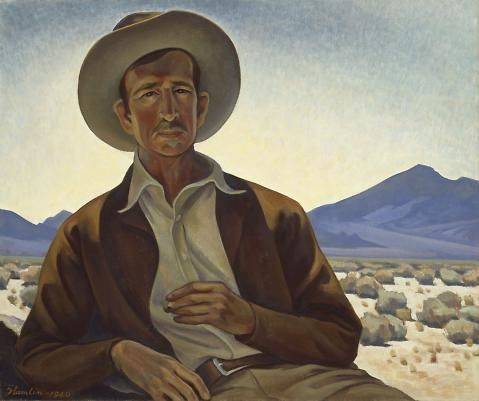 Three years after her Coit Tower commission, Hamlin got hired by the Works Project Administration (WPA) to paint two 8 by 24 foot murals in the library at San Francisco’s Mission High School. It was a prestigious assignment. The huge murals took Hamlin and four assistants a year to complete. Artist Maynard Dixon, whose studio was a few doors from Hamlin’s on Montgomery Street in the city’s bohemian North Beach district, helped Hamlin paint the faces of the Spanish conquistadors, missionaries, and indigenous people depicted in the Mission High murals. 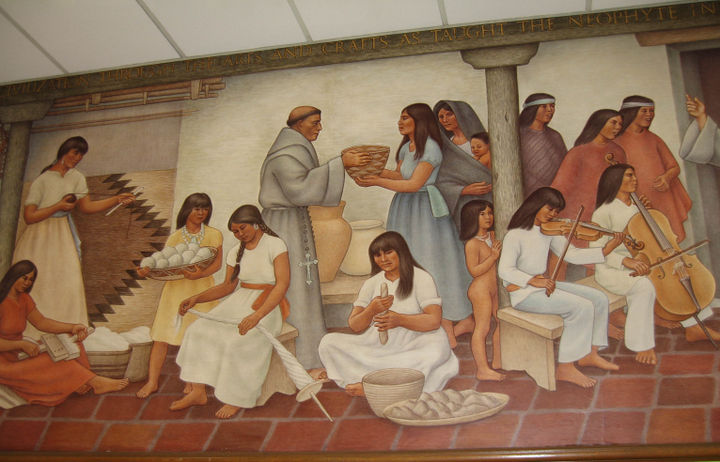 Dixon and Hamlin shared a fascination with the Southwest and Native Americans. Following Dixon’s divorce from Dorothea Lange, he and Edie married and moved to Tucson, Arizona in 1939. They kept a summer home and studio in Mount Carmel, Utah, near Zion National Park until Dixon died in 1946. Edie recalled those years as the happiest of her life.

Over her 50 year career as a muralist, Edith Hamlin made more than 30 murals in the West and had exhibits of her paintings in galleries and museums in California, Arizona, Utah, and New York during most of her career. She also was the director of the Maynard Dixon art collection of paintings and works on paper that she sent as exhibits to museums nationwide.

She returned to San Francisco where she continued to paint until her death in 1992. I’ll always remember our lively discussions, her warmth, and encouragement.

Sally Swope is a travel writer and author of My Shangri-La, My Adventures in Asia. She is a contributor to the Castro Courier in San Francisco.