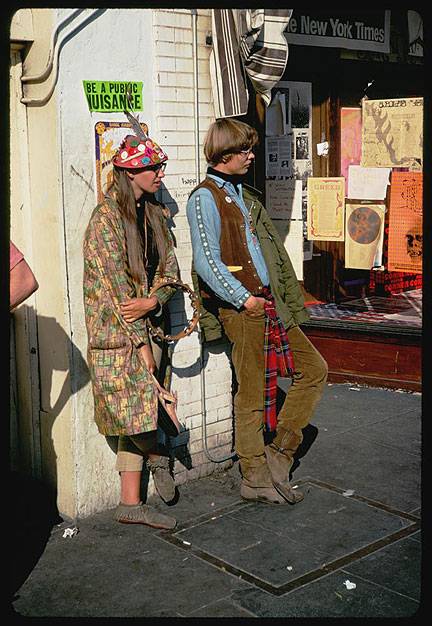 The City's Health Department took no notice of the wandering, drugged youth in the Haight during the late 60's. A handful of young faculty members at UCSF tried to get the university to address this widescale public drug sampling program going on before their very eyes, but UCSF was in no way interested.

St. Mary's Hospital had a standing policy for two years not to deal with any drug overdoses, not to deal with any street drug problems at all, and certainly not have a hippie pass its door. It was that total rejection of this therapeutic community that surrounded the Haight Ashbury, leading to the formation of the Haight Ashbury Free Medical Clinic by a young pharmaceutical professor at UCSF. The Clinic has continued to exist after all these years under the same leadership. . .

By 1970, heroin was a major scourge. There were drug wars on Haight Street: in a two week period there were four execution style killings of local dealers. A number of what had begun as first-generation communes had descended into shooting galleries. In 1970 an organization was formed called the Haight Ashbury Dealers Association ("HADA"), which held regular meetings and offered legal counsel. The primary membership of HADA were dealers in psychoactive drugs, i.e., acid, mescaline, and marijuana. Even among HADA it was generally agreed that something had to be done about the bad drugs, about the white powders, principally about heroin. 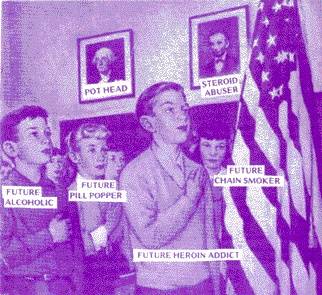 Good Americans, Every One

The political ideology was that Joe Alioto was mafia, Angela Alioto was busy buying up the Haight Ashbury, and the price was going to be even cheaper with heroin injected into the neighborhood. Therefore it was up to HADA, the legitimate psychoactive drug dealers, to address this issue. And address it they did. In the space of six months, five shooting galleries were closed, not by the police but by heroes of the cultural revolution. A number of undesirables were basically banished from the neighborhood: simply told to leave and if they did not leave they were persuaded with baseball bats, broken kneecaps, etc..

By 1972 there was no heroin problem in the Haight. The extirpation was accomplished primarily through community-based organizations, not the police, not the DEA, not the SF Narcotics Squad, but by basically communards who supplemented their income by selling psychoactive drugs. It was a street war, with very little shooting. There was violence--basically arson and people being beaten up---but eventually the heroin dealers left the neighborhood.

This plaque was on the corner of Cole and Haight in 2017, but seems to have been removed as of 2020.