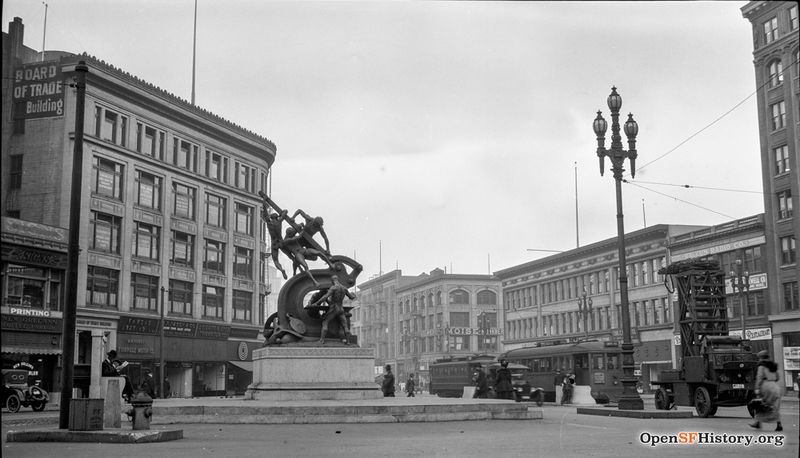 Douglas Tilden, San Francisco's Father of Sculpture, was a skilled and lucky man who lived in a glorious age. Today, the quality and the significance of his commissions is mostly lost on the crowds of tourists who rush past his most notable public works on their way to hot dog carts and jangling tour trolleys.

Tilden died never hearing a trolley or a cart -- or a horse, for that matter -- as he was robbed of his hearing at age four by an undiagnosed infection. But the man had a will of granite, and after graduating with honors from the newly created California School for the Deaf (or the Society for the Instruction and Maintenance of the Deaf, Dumb and the Blind, as it was then called), Tilden took off to New York City. It was September 1887. Men were living like wolves in the hills of California, sniffing for gold under every rock. But Tilden donned a fine suit and stepped right over the Rockies, entering the urban world of the east.

New York was fine and good, although Tilden noted in a letter home that San Francisco beat out New York for pretty ladies, spacious streets and noble stores. The city opened Tilden's eyes; yet as soon as they were wide enough to catch a glimpse of Europe, he was off to Paris with a blessing and a loan from the California School for the Deaf.

Who could have resisted Paris in the gay 1890s? Art and culture were bubbling over like cheap champagne. Artists were clocking each other on the heads with their palettes as they pushed to get accepted into the Salon. It was the Studio 54 of the 1890s. Only the Very Lucky got in.

The San Francisco boy did well. He dabbled in partying but kept diligent in his studio. Pictures of Tilden at this age show a proud man adorned in a goatee, cocked hat and waistcoat. Tilden's very first submission to the Salon, The Baseball Player, was accepted in 1888, the year of the international exposition to commemorate the centenary of the revolution. The Eiffel Tower was erected, and Paris, for the moment, was indeed a gay place.

Tilden established himself comfortably in his new, more spacious digs at No. 14 Rue de Moulin de Buerre, continuing to produce highly regarded pieces. There he worked on another submission to the Salon, The Tired Boxer, which was awarded an honorable mention in 1889.

News of Tilden's triumphs reached his hometown papers, where he was hailed as the Michelangelo of the West. Tiffany & Company even ordered bronze statuettes of his work. But the small successes were not enough to keep Tilden in the black. The subsidies from the Deaf School tapered off, and after six years as an expatriate, Tilden was forced to pack his bags and start the long journey home.

Tilden returned to San Francisco in 1894 with a renewed love of the city. Due to a railroad strike, he just missed seeing San Francisco in the glory of the California Midwinter International Exposition in Golden Gate Park. But his timing couldn't have been better: San Francisco was still buzzing with pride, and financed myriad beautification projects around the city. The trend was to honor heroic accomplishments of the past, be they mythological, historical, or flat-out fanciful. 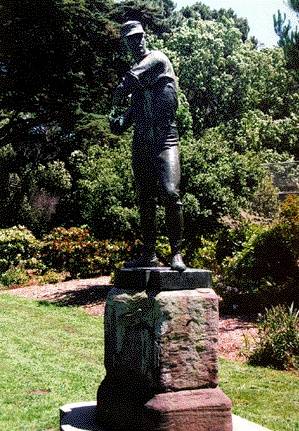 Tilden's masterpiece, The Mechanics, was unveiled in 1901 with much fanfare. In the statue, five semi-nude men pump iron and flex their glutei as they attend to a level punch. The immodesty of his design set tongues wagging; fortunately, the lobby to make pants for the sculpture failed. It remains standing true to Tilden's design (minus the fountain) at Market, Bush and Battery streets. 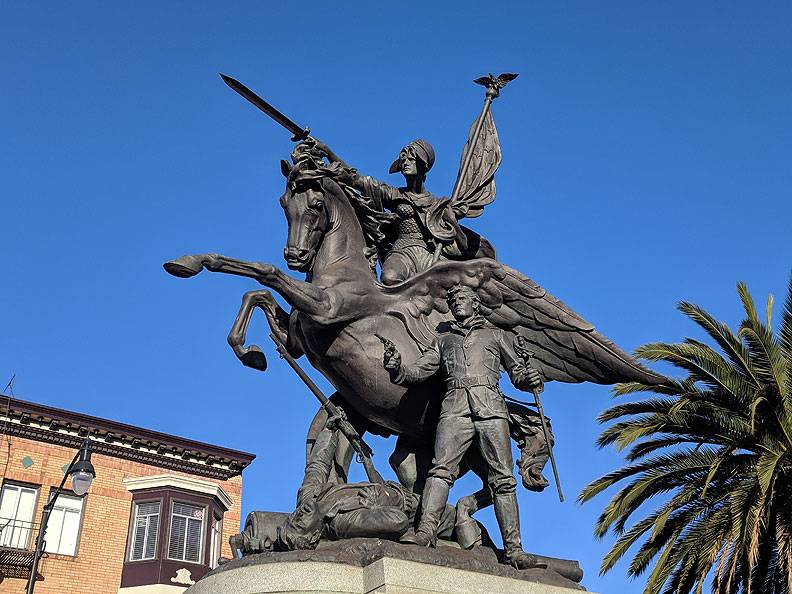 Consequently Tilden's California Volunteers (honoring the men who subdued a Philippine war of independence in the wake of the Spanish-American war, 1898-1903) was one of the first pieces of art erected in the aftermath of the quake. Originally facing south from the middle of Van Ness, today it still stands at Market on Dolores.

Tilden continued to thrive as a teacher and artist for some years, but met with misfortune as his marriage dissolved, his commissions dried up and he was forced to give up his studio of 20 years. Nonetheless Tilden persevered and was rejuvenated by a stint in Hollywood in the 20s designing sculpted dinosaurs for educational films. He returned to San Francisco to teach and continued working on sculptures until his death on August 4, 1935.

Today, Tilden's work is overshadowed by the Golden Gate and the Golden Arches of a city whose landmarks are unmistakable monuments of engineering, cultural diversity and natural landscape. European sculptural realism doesn't grab the average site-seer.

Will it take another leveling earthquake for people to notice Tilden's contribution to the city by the bay?

Douglas Tilden's letters and other memorabilia are collected in the archives of the Bancroft Library, University of California Berkeley. Mildred Albronda authored a book about his life and works Douglas Tilden: The Man and His Legacy'' (Emerald Point Press, 1994).