Listen to an excerpt from "The Lost Murals of the 1970s" read by author Timothy Drescher: 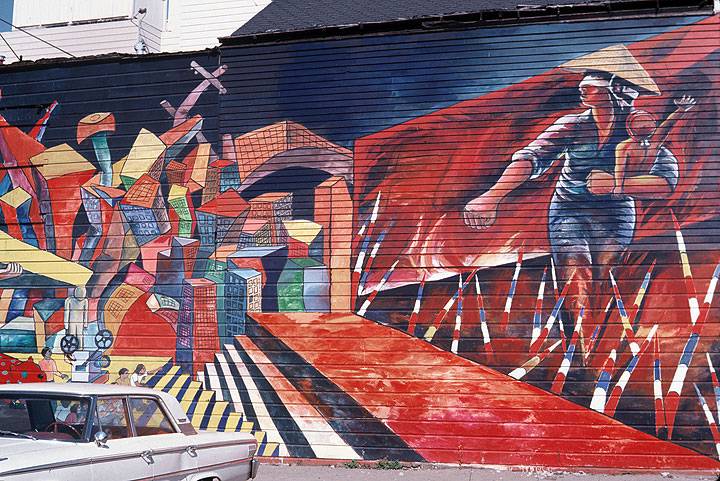 Vietnamese (1975). Bryant and 24th Street. One of the few anti-Vietnam War murals nationally, and perhaps the only one painted in San Francisco. It reminds viewers that the war’s effects, and our country’s conduct in it, remain with us—infuriatingly true nearly four decades after the mural was painted. A new building (housing World Pioneer Video in 2011) now stands up against the mural’s wall, covering it completely. 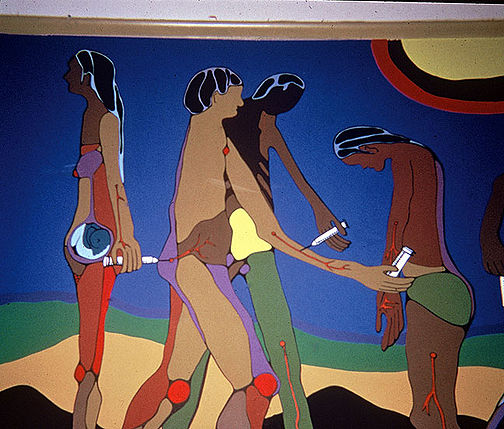 Jamestown (1973). 180 Fair Oaks St. This interior mural at the Jamestown CYO Community Center was perhaps the most influential early mural in San Francisco because it was painted by Patricia Rodriguez, Chuy Campusano, Ruben Guzmán, Consuelo Mendez, Jerome Pasias, Elizabeth Raz, and Tom Rios, each of whom worked on their own portion of the wall, but within a shared framework that tied the images together. This project was the inspiration for Michael Rios’s subsequent Mini Park murals (below).

In the 1970s San Francisco’s diverse and activist artists became national leaders in murals. Collective mural-painting groups formed here as well as in Santa Fe, New York, Chicago, and Los Angeles. The most influential was San Francisco’s Mujeres Muralistas because this group showed that women could paint monumental outdoor projects without the help of men. They inspired countless women artists across the country. Local muralists also developed the idea of the mural cluster—several thematically-related murals painted in a single location. The 1973 murals painted upstairs at the Jamestown Catholic Youth Organization (CYO) at 23rd Street and Fair Oaks inspired painting of the Mini Park mural cluster on 24th Street near Bryant Street in 1975, and the further muralizing of Balmy Alley in the next decade, and triggered New York’s La Lucha Continua mural project.

Murals painted in the seventies in San Francisco neighborhoods often represented important issues such as housing, the Vietnam War, and the ravages of industrialization. From 1975 to 1980, however, SF murals were often funded by the federal Comprehensive Education and Training Act (CETA) program and most activist murals stopped being produced, but not all. Led by 1970s veterans, some muralists carried on in the same spirit of rebellion and criticism, but most turned toward spiritual or simply institutional funder-based imagery (styles, to be fair, which had been present if not significant since the beginning of the movement). The end of the seventies was signaled, of course, by the election of Ronald Reagan as president. 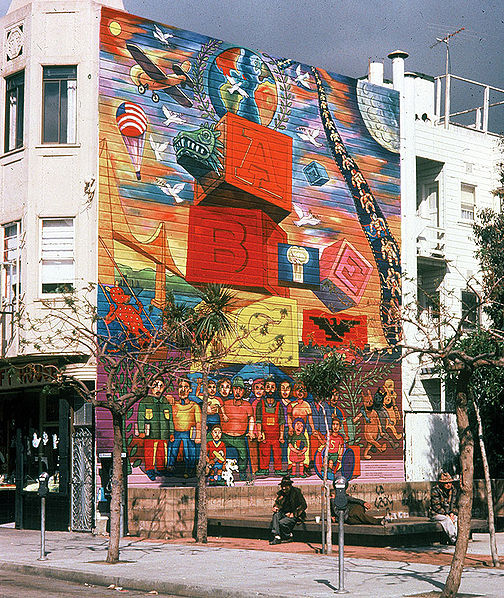 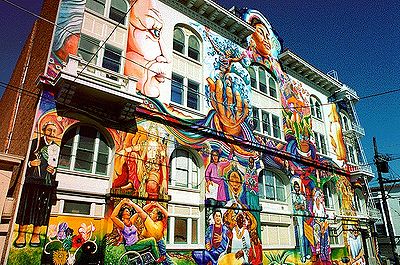 by Timothy W. Drescher, from his essay "The Lost Murals of the 1970s in San Francisco," in the anthology "Ten Years That Shook the City: San Francisco 1968-78" (City Lights Foundation: 2011), edited by Chris Carlsson.