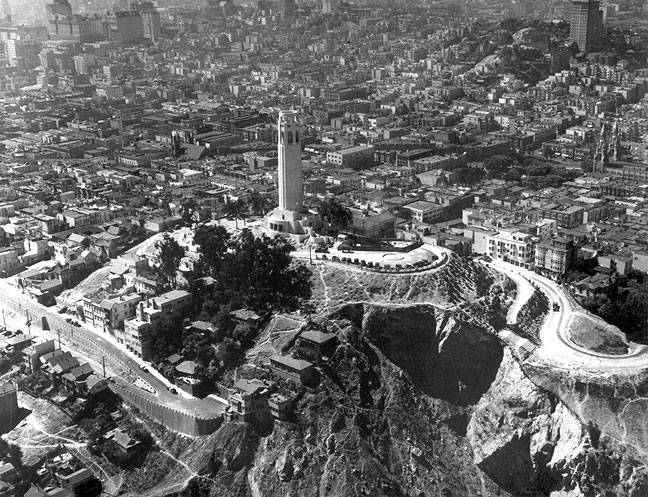 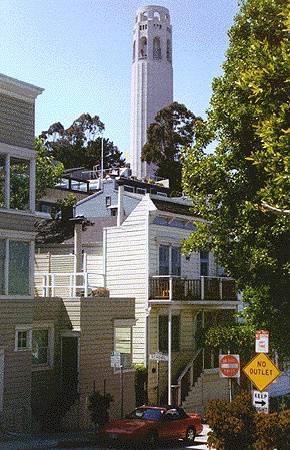 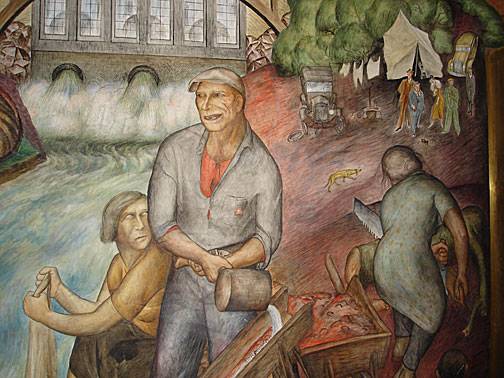 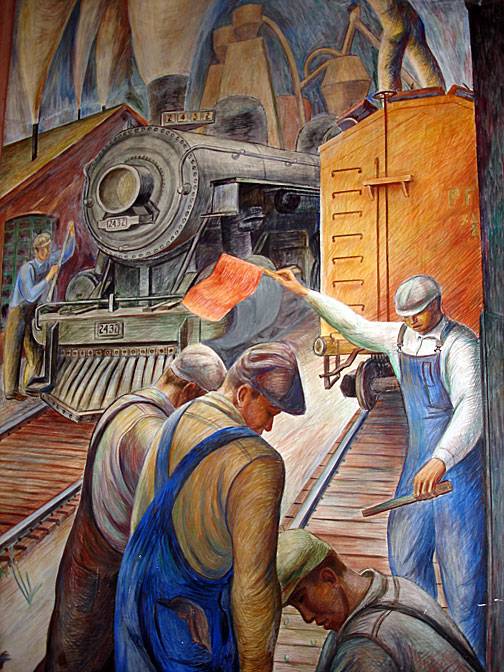 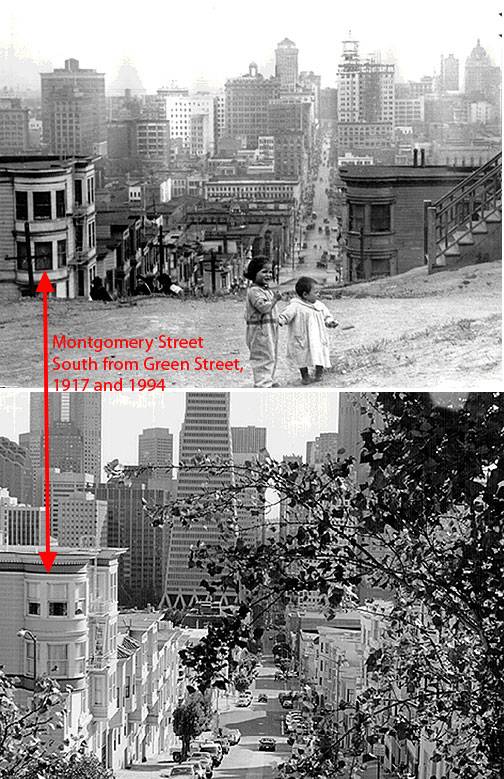 A juxtaposition of photos from the same spot, taken in 1917 and 1994, at Montgomery Street and Green Street... as you can see the exact spot where the photo was taken in 1917 no longer exists and is now air space! 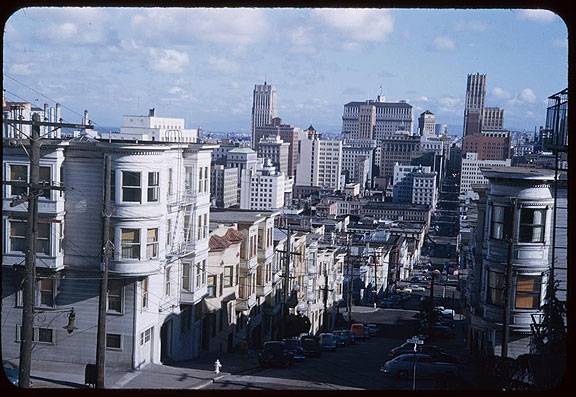 Different angle of same view down Montgomery southward from Telegraph Hill, May 23, 1953. 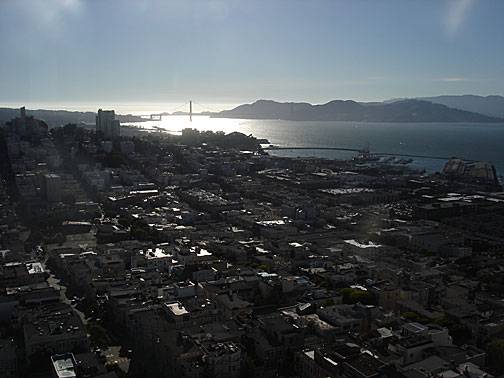 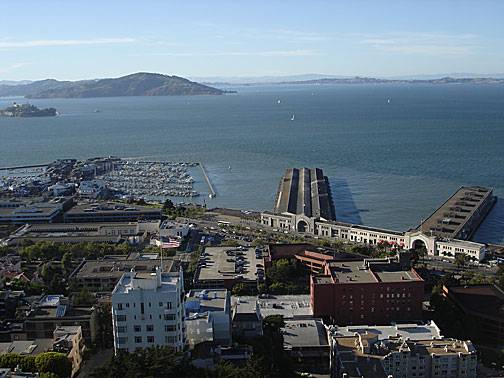 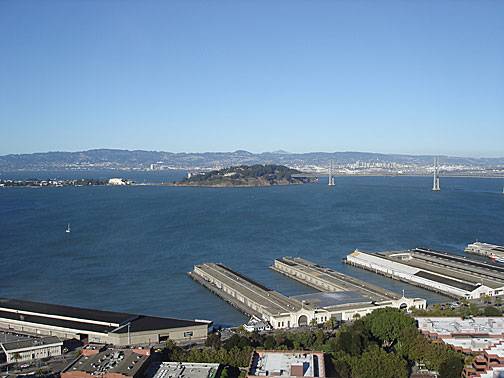 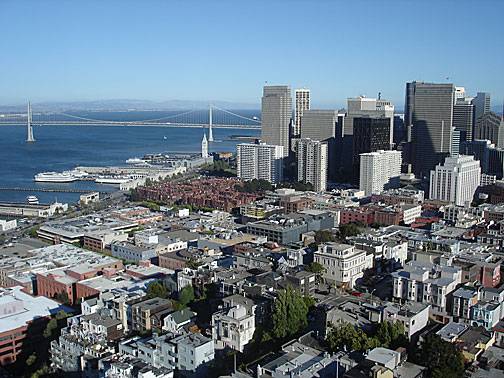 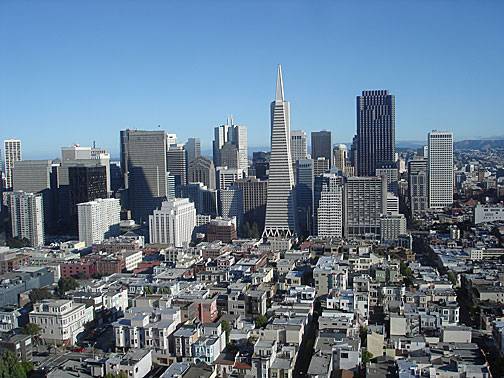 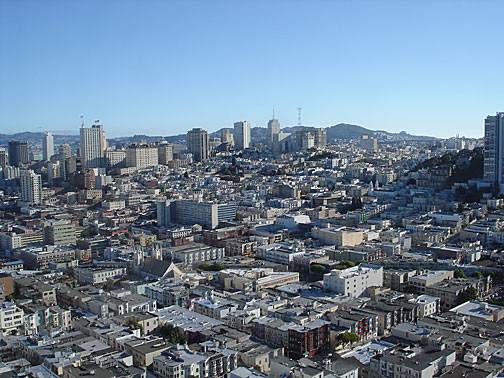 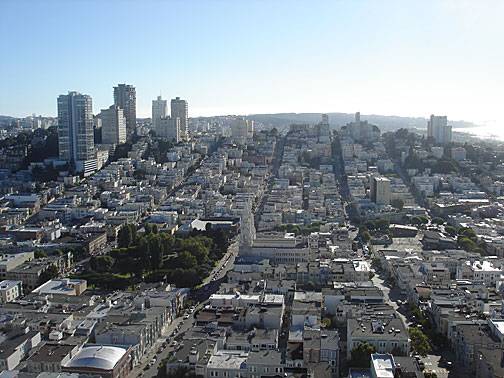