Josiah Clark on the Coast Live Oaks and other trees along Lobos Creek in San Francisco, 2014 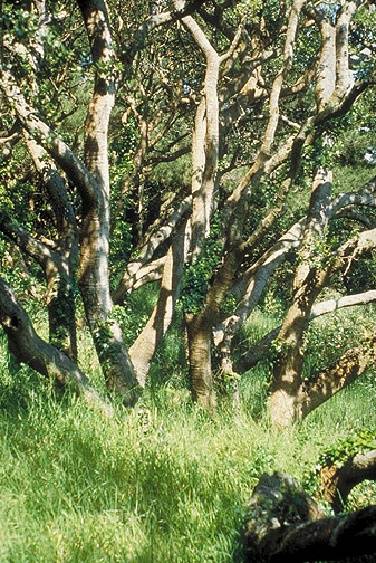 Not far from the edge of a landfill on the Presidio are a few precious Quercus agrifolia ( coast live oaks), potent symbols of life and renewal. When the winter rains come, new leaves emerge and catkins release their pollen to the wind. Later, as spring nears, endosperm fills the bulging acorns. The hummingbirds come then, too, and engage in dazzling courtship displays for each other, building nests in the oaks as early as February. 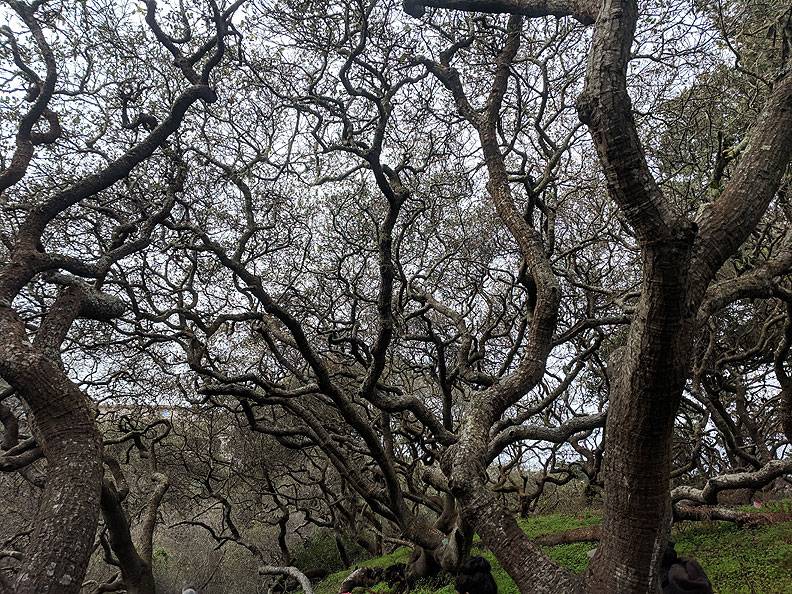 Countless other organisms are equally dependent on coast live oak woodlands, which harbor more wildlife than any other terrestrial plant community in this region. Coast live oaks are host to more species of small moths, for example, than any other species on the San Francisco peninsula (De Benedictis et al. 1990). These moths and the many other invertebrates found on a coast live oak feed a wide variety of birds, including Huttons vireo, which is virtually dependent on the oak--it has been described as the spirit of the live oak tree (Davis 1995). This songbird about the size of your palm--not much bigger than a hummingbird--flits methodically around the oak canopy snapping up caterpillars, weevils, and countless other insects. Its hanging nests, woven from lichens, leaves, and strips of bark and held together with spider silk, have been found in the Presidio's oak woodlands. Its numbers have dramatically declined throughout San Francisco and the Bay Area as oak woodlands have been destroyed by development. Its decline on the Presidio may have begun as early as the late 18th century when the first Europeans arrived and began cutting its oak woodlands to supply firewood for a growing population.

-- excerpted from "Seeing the Trees Through the Forest in the Presidio" in Reclaiming San Francisco (San Francisco: City Lights Books, 1998)