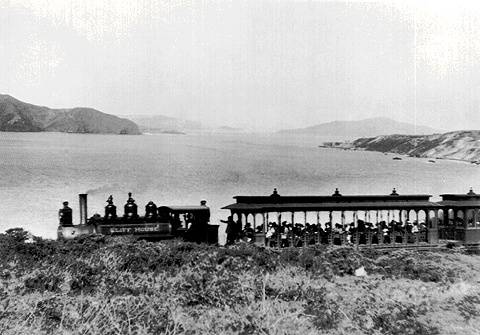 (Golden Gate without bridge in background)

Land's End is one of the weirdest and most beautiful sections of San Francisco. The land here is notoriously shifty and unstable; it has the disconcerting habit of swallowing people alive. Landslides have been known to appear out of nowhere and bury unwary victims; rescue parties have noted that the "molten" land continues to quiver and vibrate while they search for the bodies.

The land of Land's End, which now only occasionally swallows living people, used to have an insatiable appetite for dead ones. Much of the area was once a cemetery; deep beneath the living earth lie the remains of people buried here during the 19th century.