"United For Iran" (artists Keyvan Shovir and Shaghayegh Cyrous) painted a mural in Clarion Alley depicting seven women prisoners of conscience held by the Iranian theocratic regime who are/were being held in Iran. Since its original painting in 2019, three of these women have been freed, but the rest remain behind bars, where the mural aptly sits on the alley—behind a sliding metal gate painted gold. This mural also represents a decades-long history of Iranian activist solidarity in San Francisco.

This mural was part of a month long project called "In Honor Of", bringing attention to female prisoners of conscience in Iran. The project started in the beginning of October 2019 with a mural unveiling and celebration in Clarion Alley, and included events such as film screenings and discussions. By the last event, three of the women depicted were released. 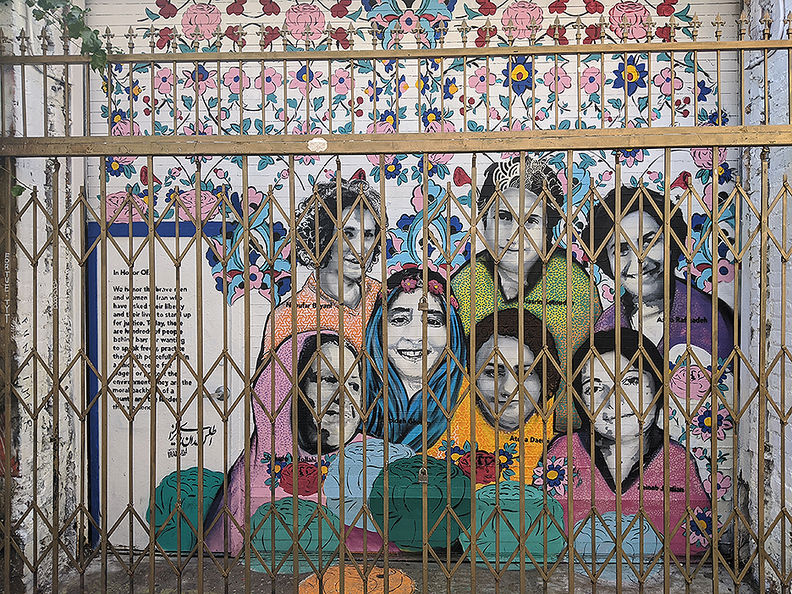 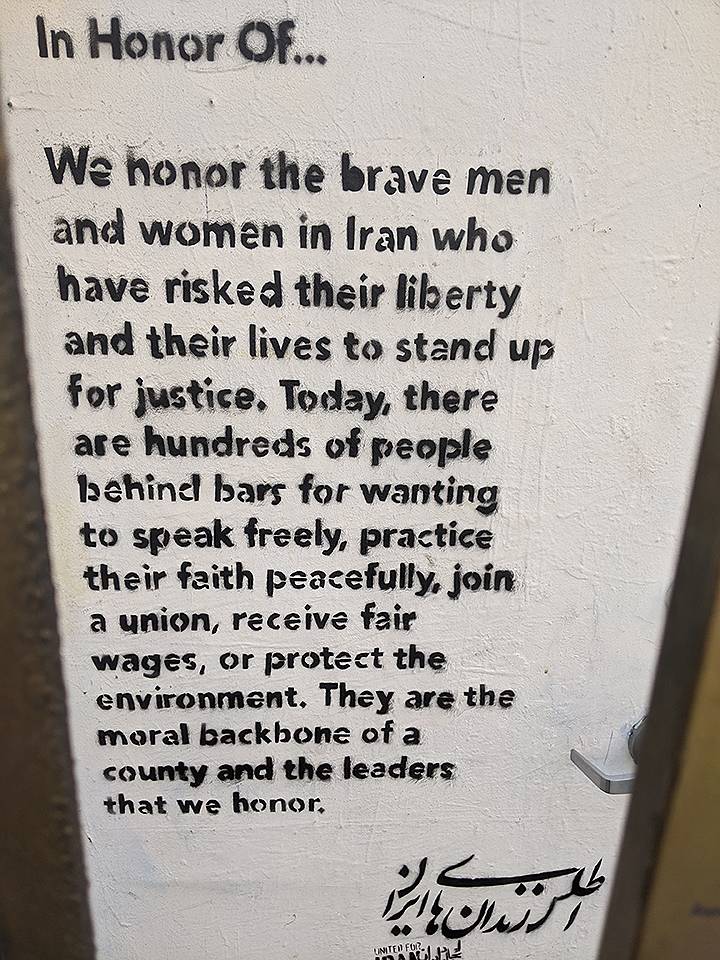 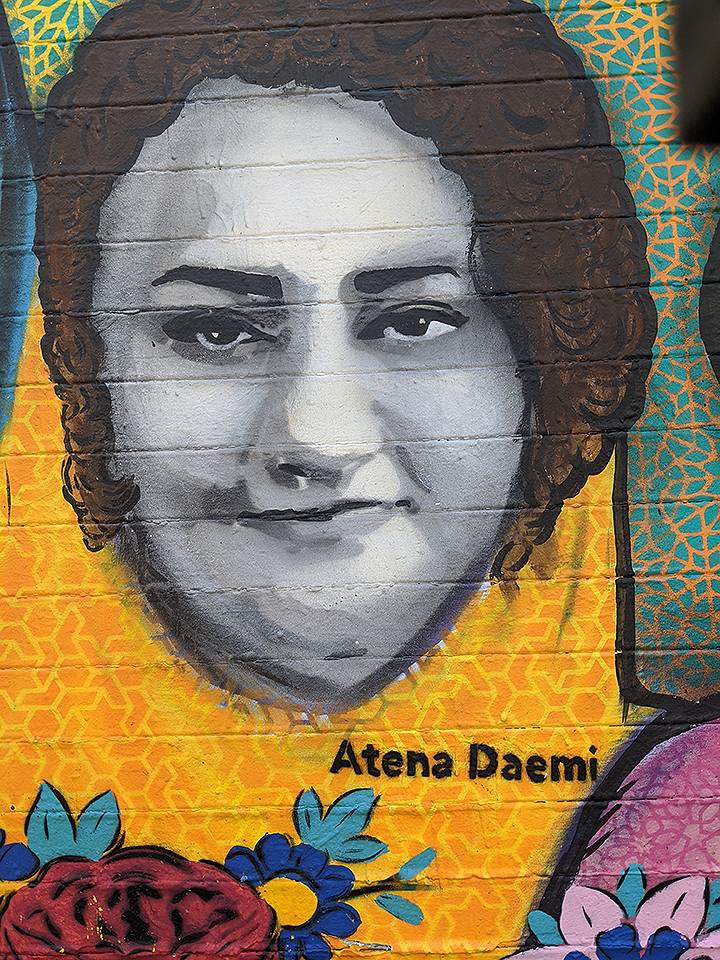 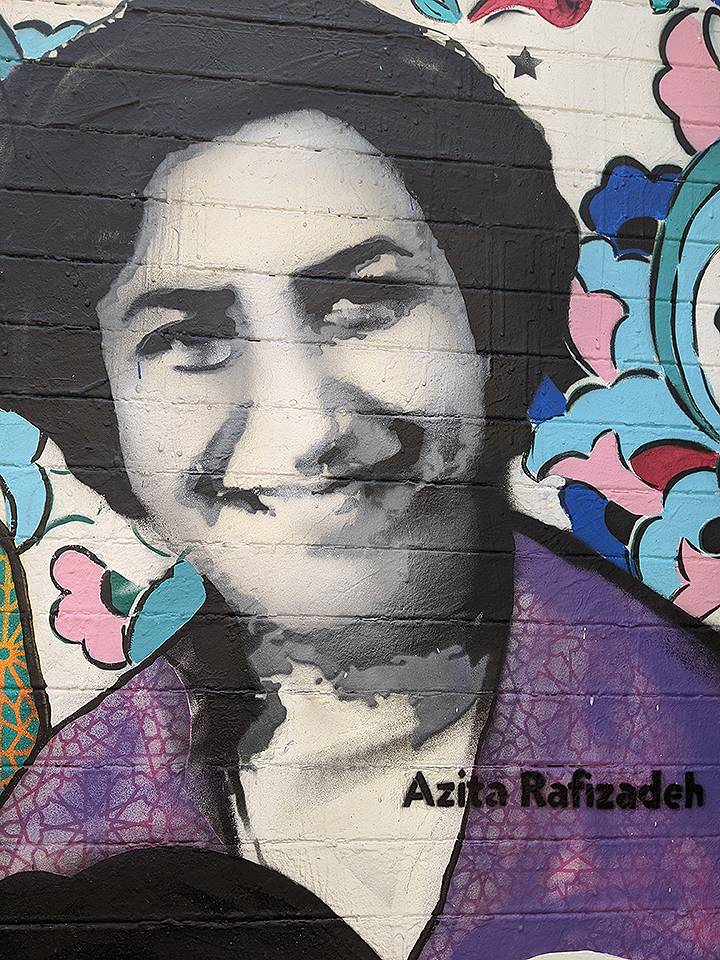 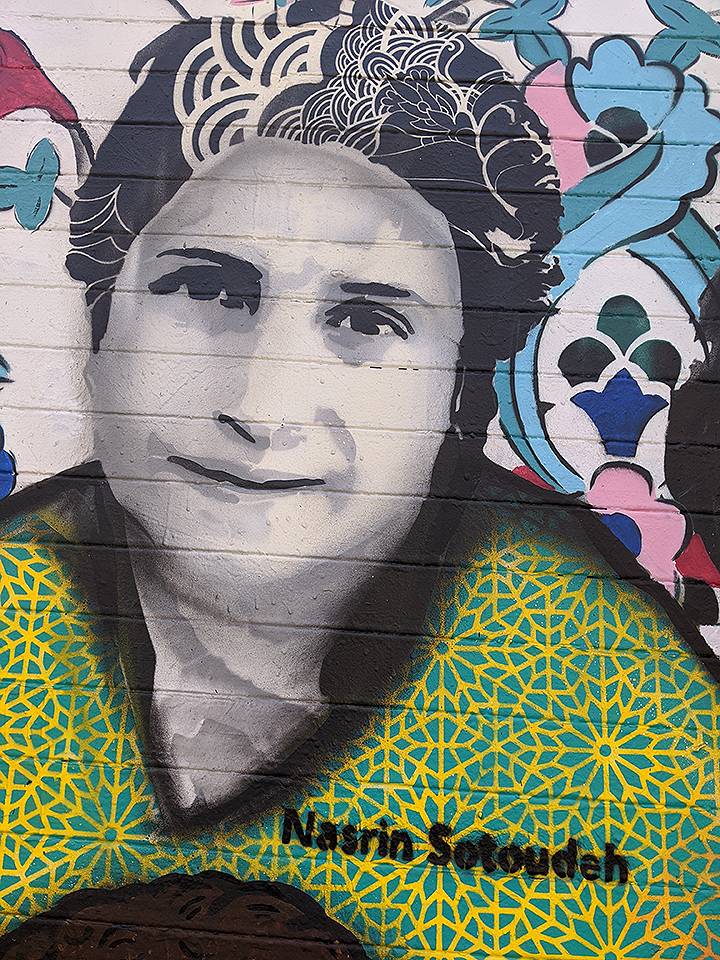 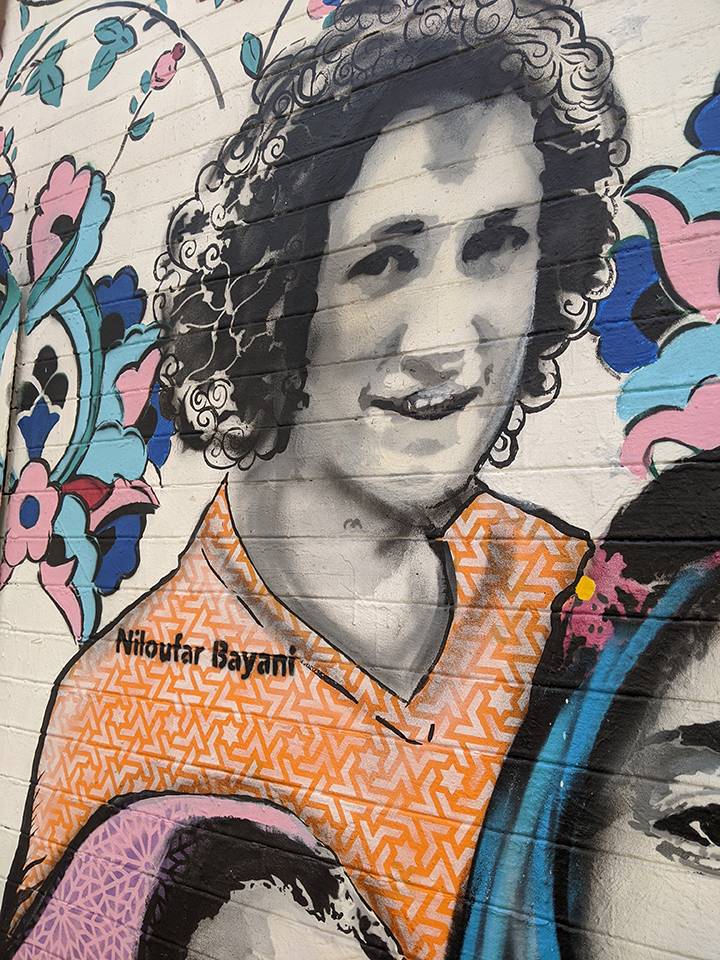 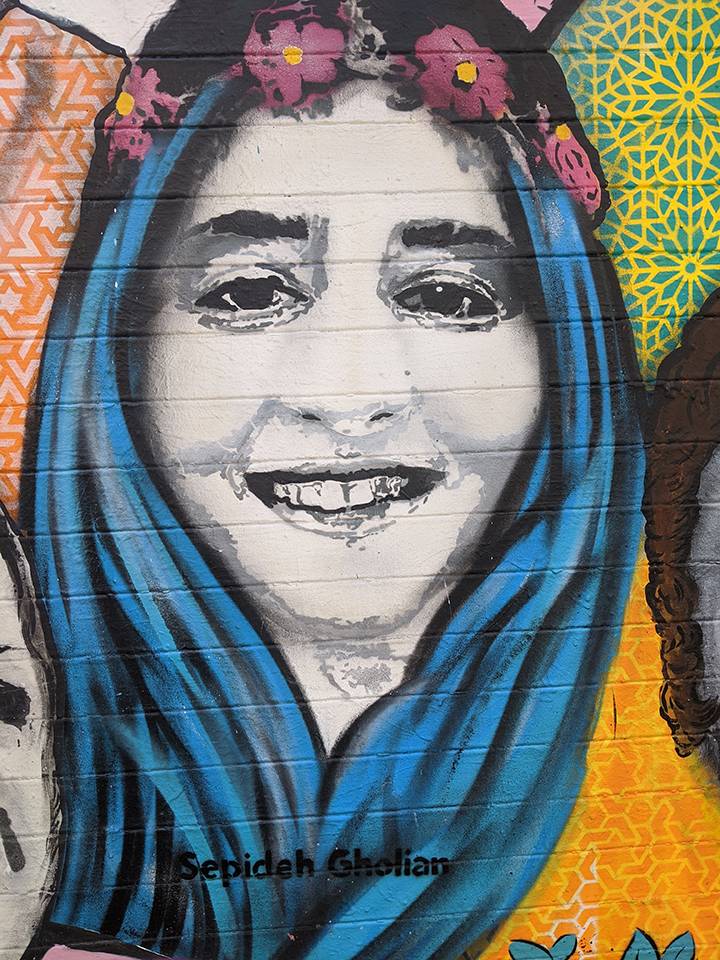 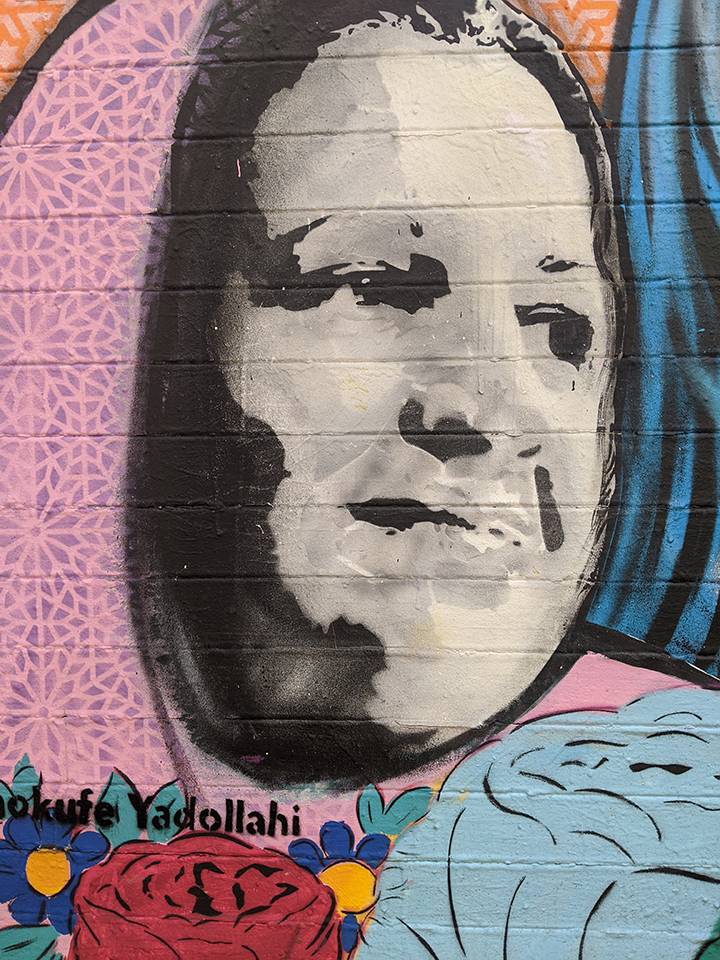 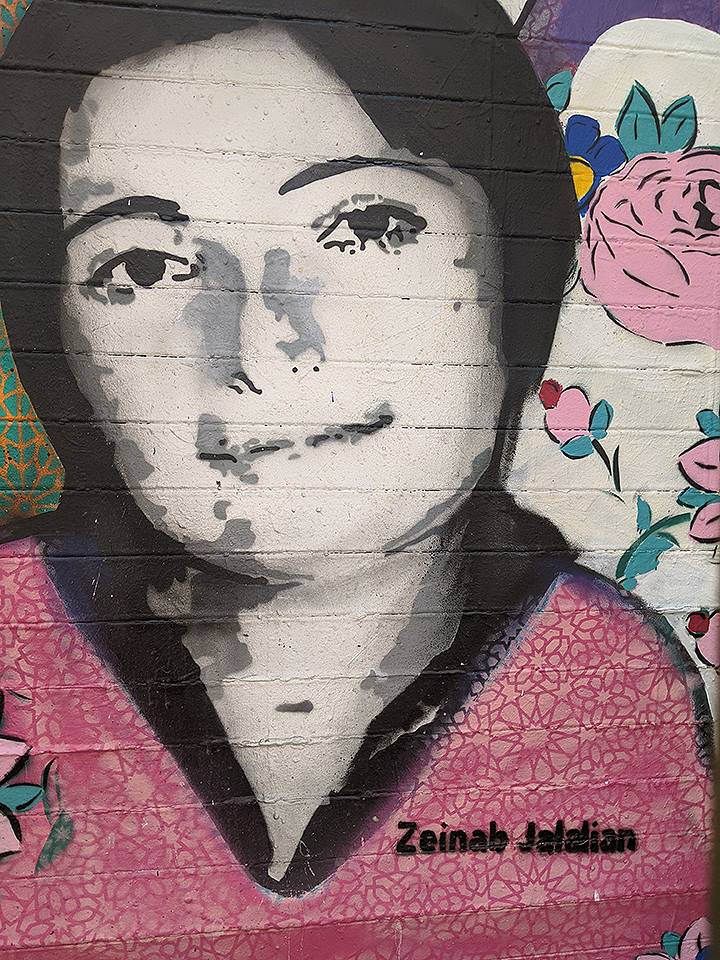