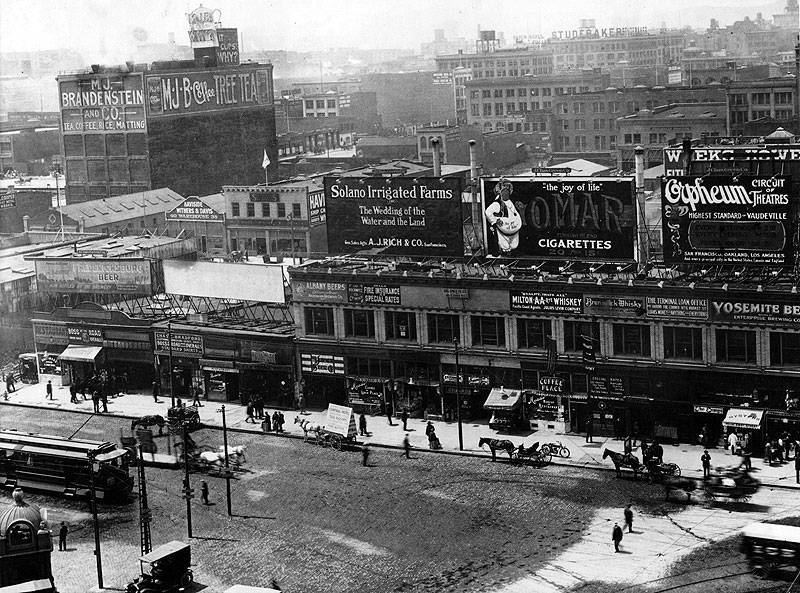 The following photos run from left (south) to right (north) looking from the Ferry Building at East Avenue (now Embarcadero) and the various businesses between Mission, Market, Clay, and Washington Streets. This is the view of the City Front between Mission and Market (note the MJB Coffee ad on the brick building one block back, a San Francisco brand that went national).

“The City Front was the place where the business of the city was done…. The City Front was a community—it was contained. Shipowners, captains, mates, and sailors rubbed elbows… even in my time horses were still hauling the heavy stuff, especially along the waterfront, in big iron-wheeled drays that made a terrible racket on the cobblestones… You were safe on East Street at any time. The San Francisco waterfront was not the riotous scene filled with drunken sailors, as some romantic writers would have it.” “Even in my time the City Front was changing,” said Captain Klebingat. “Some seafaring men moved further up town, looking for a furnished room with a family. People liked this kind of lodger; he would very seldom be there, but he paid his rent to store his good clothes… The number of people you knew when you walked down East Street, or the Embarcadero became less. It had been a maritime community; it was less so. And by now, it has been replaced altogether. What you see there now are skyscrapers, a freeway, and a park.”

from Nancy Olmsted's The Ferry Building: Witness to a Century of Change 1898-1998, published by The Port of San Francisco with Heyday Books. 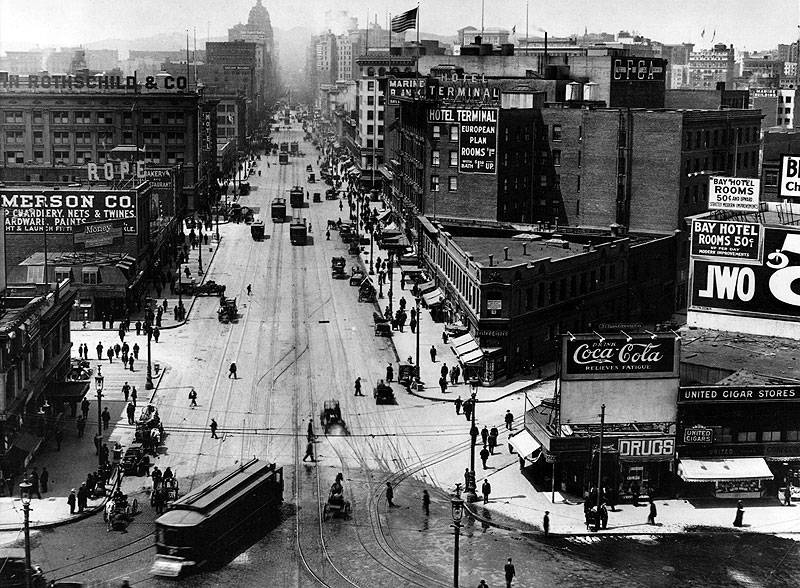 Looking straight up Market from the Ferry Building, June 3, 1913. 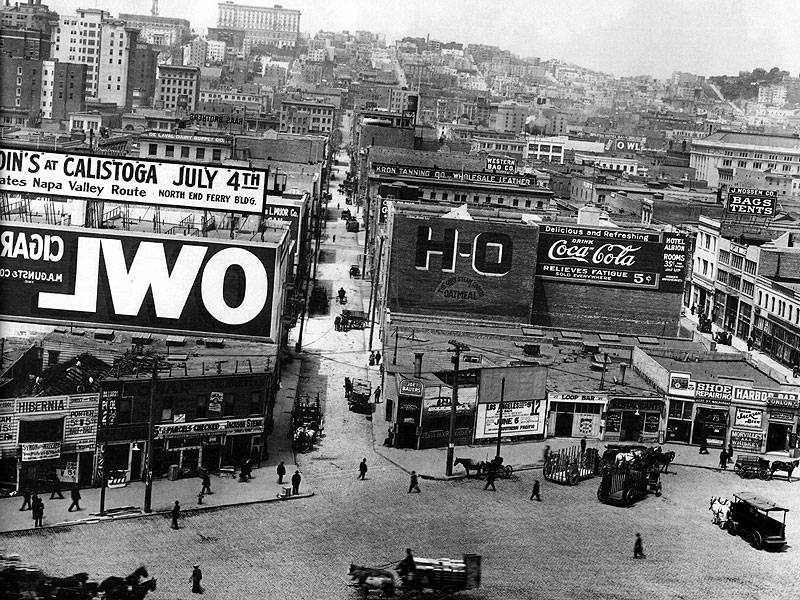 Commercial Street meets East Street with Bauer's Saloon on the corner, and the 200-foot-long reverse paint job for Owl Cigars looming above. Today this is the Embarcadero Plaza and the Embarcadero Center mall. 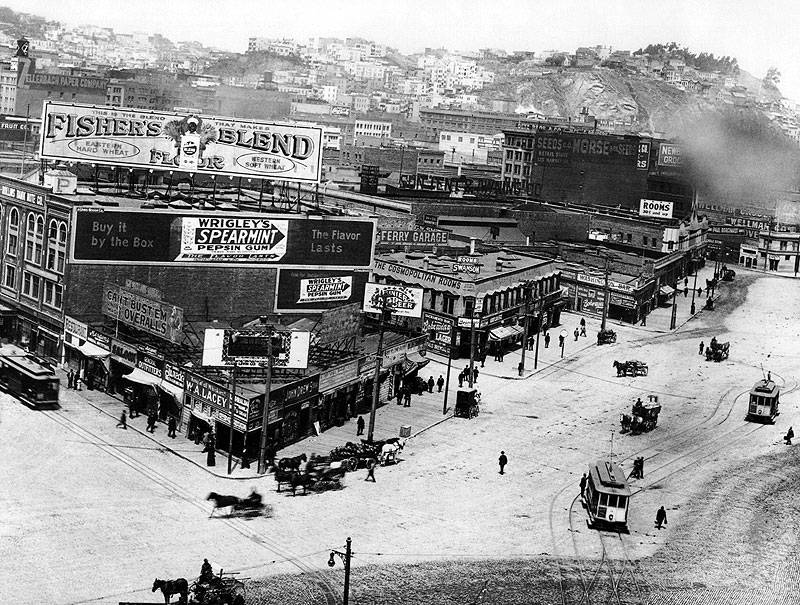 The northernmost panel of the panorama, with Clay Street and its men's clothing stores at lower left, and Telegraph Hill looming in the background to the right (north).