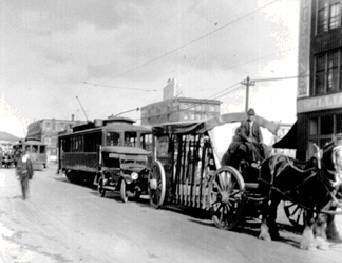 The Citizens' Alliance became the local champion of this nationwide crusade, effectively organizing and pressuring local businesses into anti-labor actions. The Citizens' Alliance was led by Herbert George, a unionbuster who had made his reputation emasculating the Western Federation of Miners. Unlike the stealthy Employers' Association that had preceded it, The Citizens' Alliance quickly attempted to establish a public presence, claiming to represent the interests of everyone in the community -- except union members. The Citizens' Alliance cleverly appropriated many of the publicity tactics of unions, like picketing and sending out representatives with sandwich boards.