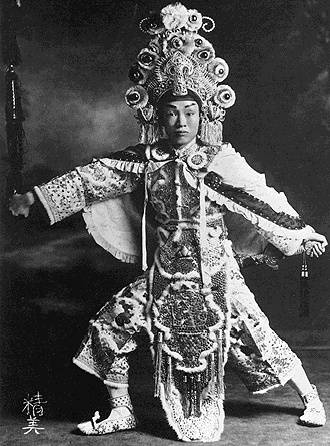 A character in a Chinese Opera

This highly dramatic, acrobatic and elaborately costumed form of musical theater has enthralled audiences for centuries. But it was probably first introduced to the United States in 1852 when the imported 132-member Tung Hook Tong Company appeared at San Francisco's American Theater. Many other Asian performing troupes visited later, and resident opera companies were formed in California and around the country.