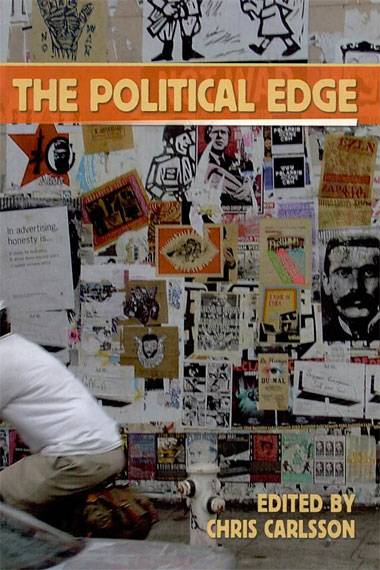 What Is Political? by Chris Carlsson

The Magic Moment: Euphoric Community and the Utopian Impulse by Josh Wilson

Interrupting the Monologue by Hugh D'Andrade

One Small Piece of Gold at a Time by Marlena Sonn

From the Streets to Elections by Alli Starr

Into the Fray by Alejandro Murguia

In the Heat of the Campaign, photos by Michael Rauner

On the Lower Frequencies by Erick Lyle

Furthering the Divide: Gay Shame and the Politics of Resistance by Mattilda, a.k.a. Matt Bernstein Sycamore

Put Your Head In It! by Dr. Ahimsa Sumchai

A Decade of Displacement by James Tracy

The Race Card by Bianca Henry

The World at My Feet, photos by D.S. Black

A City for Idiots by Iain A. Boal

What Does Green Mean? by Steven Bodzin

Toward a Copyright-Free Zone? by Rick Prelinger

The Wave of the Future by Lawrence Ferlinghetti

Pages in category "The Political Edge"

The following 16 pages are in this category, out of 16 total.