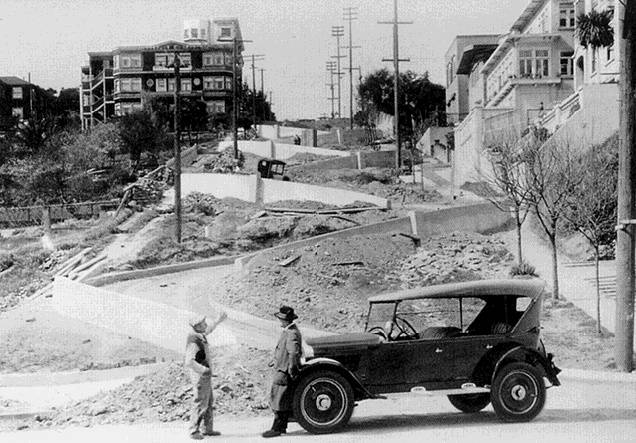 The exact derivation for the name of Russian Hill is not known, although some sources say a Russian community or cemetery was once on the hill. One unlikely story has it that a well known Russian sailor of immense bulk and alcoholic appetite finally drank himself to death at a wharf watering-hole and was buried at the top of the hill, which was named after him.

Initially, the residents of Russian Hill were the very poor because its steep slopes discouraged those who could afford to live elsewhere. In the 1870s, an African American community existed on the southwest slopes. Also in the late part of the 19th century, an artist's colony resided at the top of the hill.

With the invention of the cable car, San Francisco's hills and views became easily accessible. The wealthy first built their homes on Nob Hill to take advantage of this, and later spilled over onto Russian Hill.