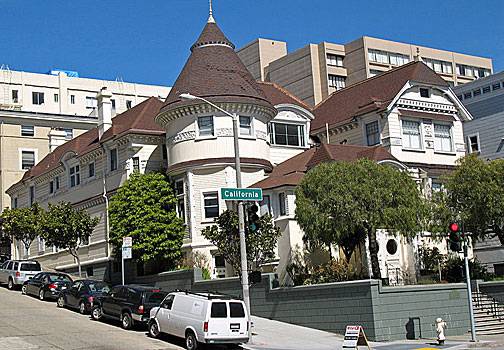 Pacific Heights was first developed in the 1870s when small and serviceable Victorian homes were built to accommodate working class families. Once Nob Hill became established as a wealthy area, however, affluent families began to move west into Pacific Heights. At the turn of the century expensive Victorians and period homes replaced the more modest original homes. Pacific Heights has never had a diverse ethnic composition, retaining instead a largely upper income, residential character well into the 1990s.

The following 21 pages are in this category, out of 21 total.