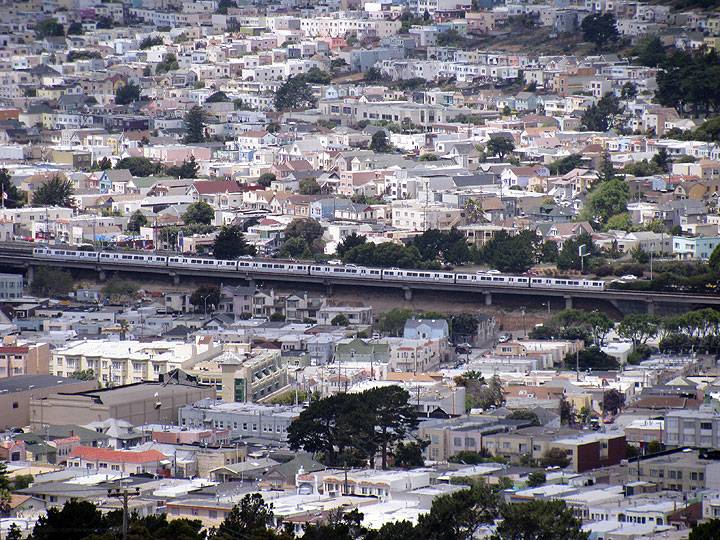 BART streaks along near Balboa Park in the southern part of San Francisco, 2011.

The Bay Area Rapid Transit system, better known to all as BART, opened in 1972. It has its origins and precedents in mid-twentieth century Bay Area regional politics, and today is a workhorse of the Bay Area's public transit system, serving five counties after recent extensions into Santa Clara county and a generation ago into San Mateo county to reach the San Francisco airport.